This comes as the city waits on a Grand Jury to determine whether the three officers who shot and killed 26-year-old Taylor will face criminal charges. 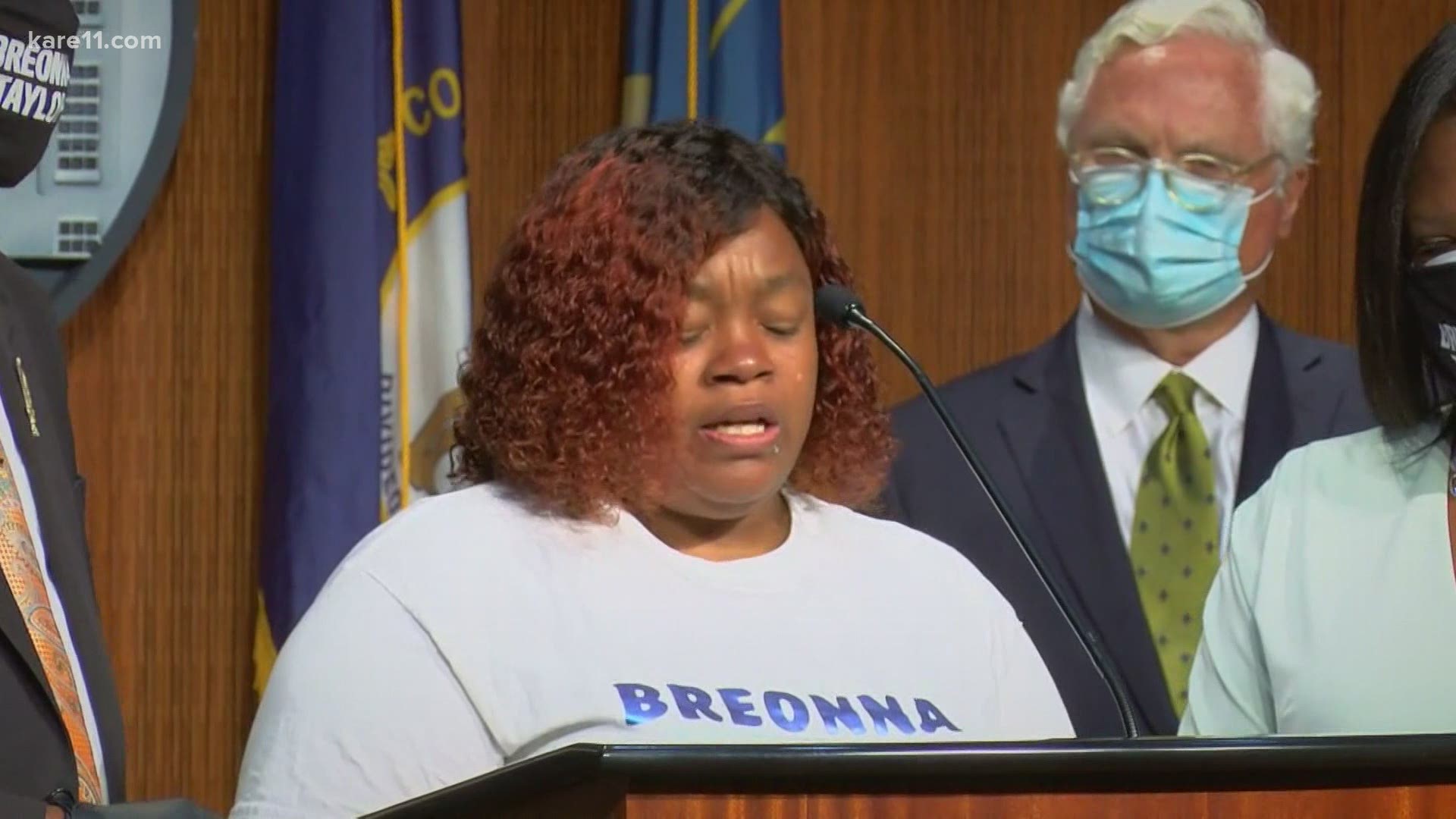 LOUISVILLE, Ky. — One of the highest profile police shooting cases in our nation took a step forward today. The city of Louisville, Kentucky announced it is settling a wrongful death lawsuit filed by Breonna Taylor's family.

Twenty-six-year-old Breonna Taylor was shot and killed by police on March 13 as they executed a no-knock search warrant at her apartment in relation to a narcotics investigation they were doing about 10 miles away.

The civil suit settlement for $12 million is the biggest settlement the city of Louisville has ever been on the hook for. However, this is a separate procedure from the criminal side of the case.

"The civil lawsuit filed by high profile attorney Ben Crump and Sam Aguiar here for the family has just been setttled," WAVE 3 News investigative reporter and anchor John Boel said. WAVE 3 News is the NBC affiliate in Louisville. "Sources tell me they were settled on Sunday actually."

In a joint news conference with the city, Taylor family attorneys and the family members said the settlement also involves sweeping reforms to policing like commanding officers reviewing and giving written approval for all search warrants. It also includes the addition of the presence of paramedics anytime a warrant is carried out.

"Everyone around the table was dedicated to advancing reforms for the whole community," Jefferson County Attorney Mike O'Connell said at the news conference.

"As significant as today is, it's only the beginning of getting full justice for Breonna," Taylor's mother Tamika Palmer said. "We must not lose focus of what the real drive is. With that being said, it's time to move forward with the criminal charges because she deserves that and much more."

Boel did point out that it was interesting the city decided to announce a settlement before any advances have been made in the criminal side of things.

"I can't ever remember a civil settlement happening before a criminal one," Boel said. "Usually you need a bit of the evidence from the criminal case to proceed and determine the value of what the wrongful death was."

As for where the criminal procedure stands, the entire city of Louisville is holding its breath.

"Our sources told us that the attorney general, Daniel Cameron was taking the case to Grand Jury last Wednesday," Boel said. "That it would take a couple of days of testimony and a verdict so we were sort of expecting yesterday or today for the announcement. We think it's going to come soon. He's probably putting it all together whatever they came up with. I don't know if the prosecutor made a recommendation or not - Grand Juries usually do what the prosecutor wants them to do."

Which is what legal analyst Leland Hulbert said to CNN.

"They typically make a recommendation and that's really what carries the most power in these kinds of cases - is that their recommendation is often favored by Grand Juries," Hulbert said. "So they can either present all the facts and say based on our reading of the law as prosecutors, here's what we think should happen."

As for the likelihood of the three officers facing murder charges, Boel said so far the justice experts he has interviewed in the city have told him they are not likely.

"We could not find a single person from the justice system in any capacity who truly believes that any murder charge will come out of this," he said. "A police officer returning fire after being shot - they don't see any possible way that could result in a murder charge, except possibly Officer Hankison who shot blindly from outside the building. If ballistics can tie one of his bullets in to Breonna Taylor's body."

The shots were exchanged when police say they knocked on Taylor's apartment door on March 13th. Taylor's boyfriend said that he thought they were being robbed. He then shot and injured one of the officers after police battered in the apartment door.

Again, the civil lawsuit is a related, but separate matter from the criminal case. It has been reported that the Jefferson County grand jury may determine as early as this week whether any of the three officers who fired their weapons - Jonathan Mattingly, Brett Hankison and Myles Cosgrove - will face criminal charges.