MN facemask named one of the 'Best Inventions of 2020'

The Breathe99-B2 facemask was made in Minnesota and just made the cover of TIME Magazine's annual best inventions issue. 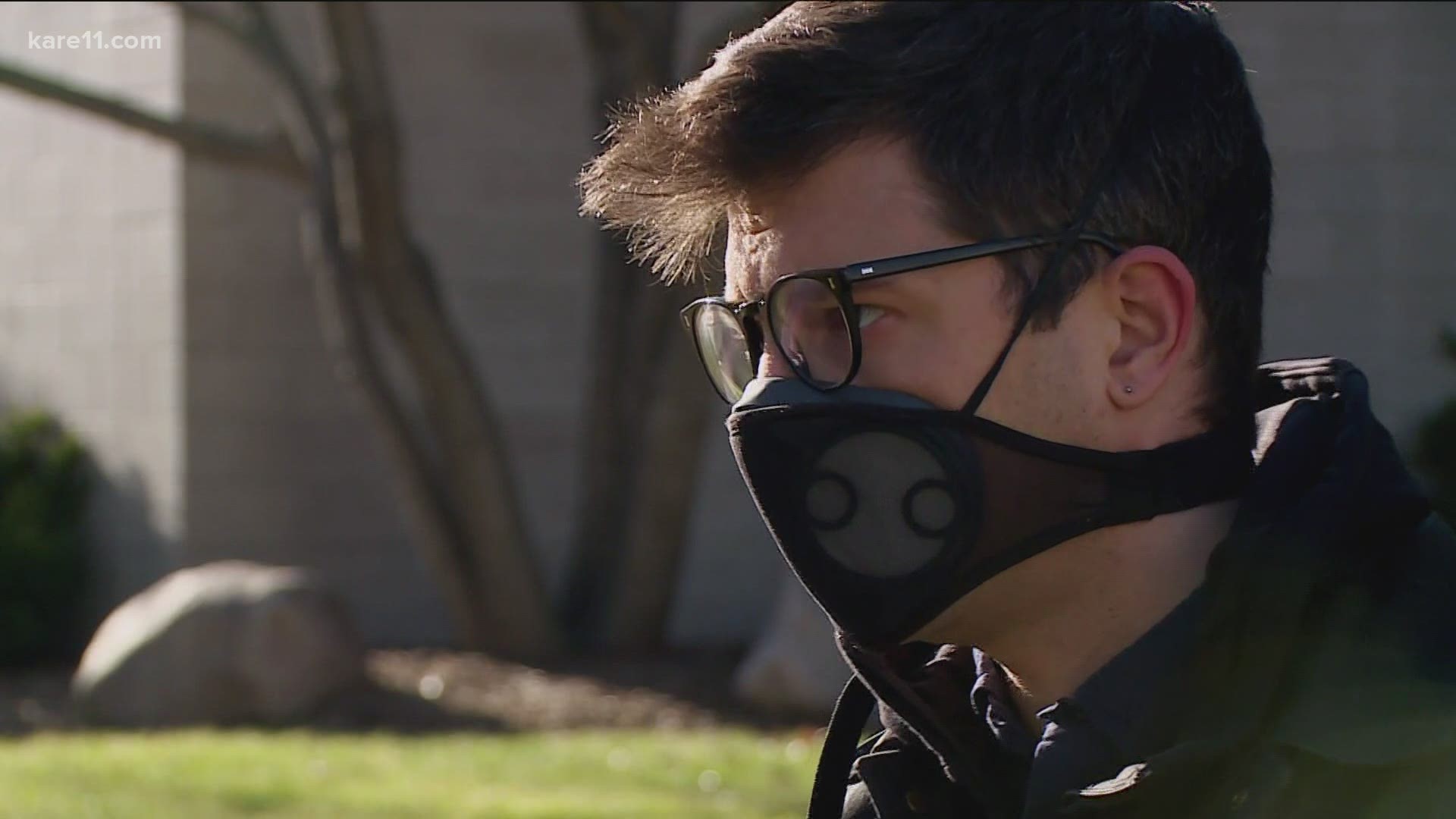 MINNEAPOLIS — Just a few months after launching a successful Kickstarter campaign, a filtered facemask designed and (mostly) manufactured in Minnesota, is on the cover of TIME Magazine.

"Two or three weeks ago we found out that we were going to be featured as part of the 'Best Inventions of 2020'," said Max Bock-Aronson, CEO and co-founder of Breathe99. "And we just learned that we're actually on the cover."

Bock-Aronson spoke to KARE11's Breaking the News back in April, as he was launching a Kickstarter campaign for his new B2 facemask, which features two small, removable filters.

"It's a lightweight reusable respirator that filters 99% of common contaminants and also reduces filter waste and cost," Bock-Aronson said. "You're not throwing away large parts of the mask every time. You're only disposing a small piece."

"The idea for the product was actually born out of my experience studying in Singapore. Which was back when I was in University," he said. "In that context, it was more about air pollution."

But the pandemic changed everything. The sudden spike in demand led the company to change production plans. It quickly found partners among Twin Cities medical device manufacturers.

He says Breathe99 managed to ship all 17,000 pre-ordered B2 masks this summer, and the company is now selling to customers online.

Thanks to the feature in TIME, he says they're seeing their best sales to date.

"I can't express how important it is in terms of lending credibility to the work that we're doing," he said. "I mean, there are a lot of mask options out there. We encourage people to wear a cloth mask or other types of masks in certain circumstances, but if you're immunocompromised, or if you're going into areas where the risk levels are higher, those are the types of scenerios that we're designing this mask for. To be recognized as a mask that does more is big. That was the title of the section in Time Magazine."

"The mask forms an airtight seal, but we found it doesn't fit everyone perfectly," he said. "But we're working with all of the people that we've corresponded with and who have purchased the mask to develop a new, larger face piece to provide an airtight seal for those who the first version doesn't work well for."

He says the new options will debut early in 2021 and also feature a 3D knitted overlay that comes in several colors and can cut down on fabric waste. He says they're also testing a special foam insert that wicks moisture away from the face.

"It can absorb up to 20 times its weight in water," he said. "And so the result is that the mask is much more comfortable to wear for longer periods of time, and that insert is really easy to take out and to wash along with the rest of the mask as well.

"Our objective, really, is to make the most protective mask that can be worn comfortably during daily activities."

He says Breathe99 will also be launching a filter subscription service in 2021 and he says they're already in talks with several businesses and a pro sports team that are getting ready to get back to work in 2021.

"The teams expressed interest in equipping their players with B2 and the reason for that is because the mask sits off the face and it remains breathable," he said. "As opposed to a cloth mask, which, once it gets wet or sweaty, it can sort of cling to the mouth and be much more difficult to play in."