Three bulls escape farm in Holdingford, attempt to attend church before being herded

Jon Dobis says he might have seen this coming since his cows were rubbing up against a fence on his property. 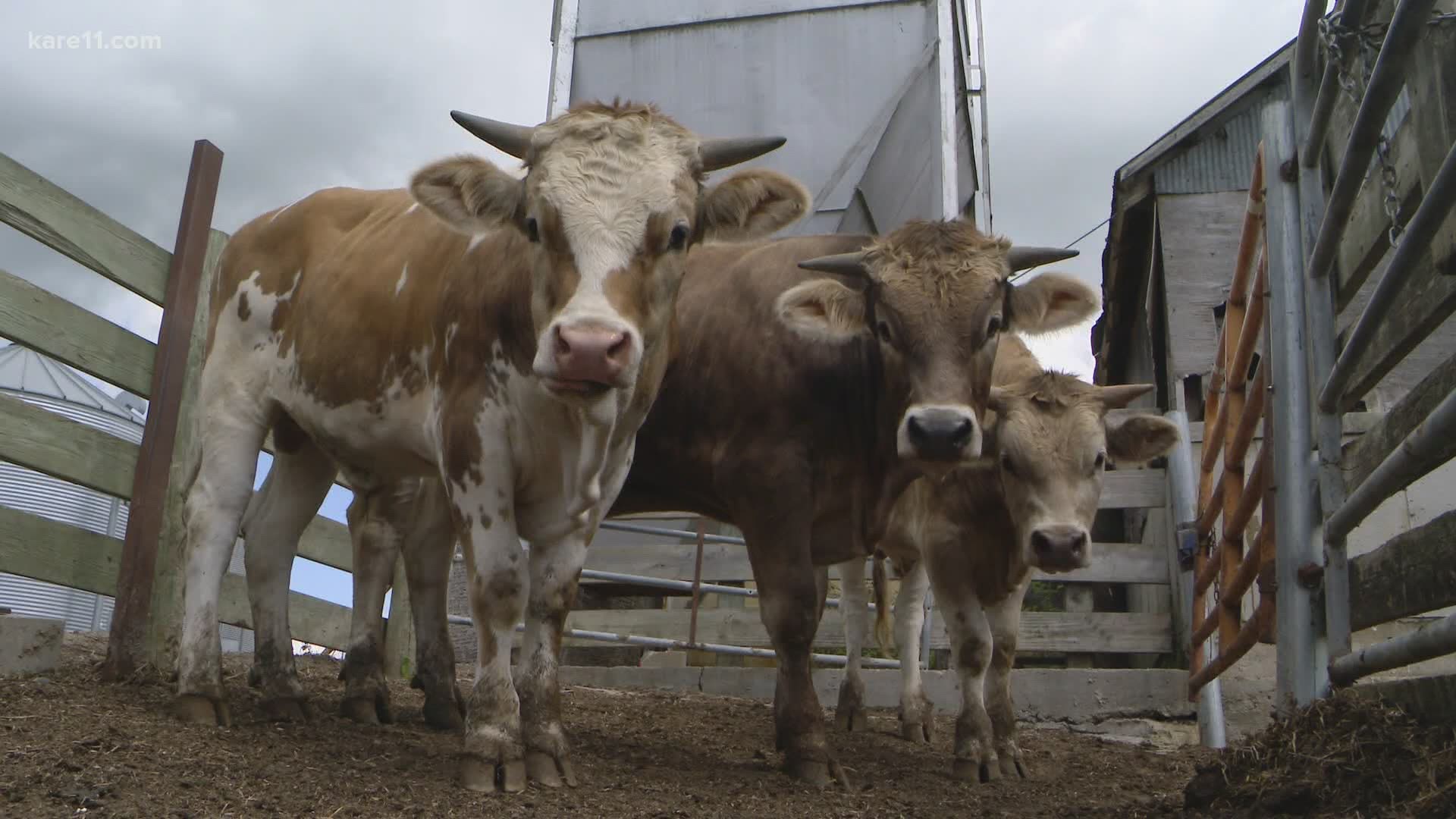 HOLDINGFORD, Minn. — We all need a little encouragement these days. Whether you take comfort in good company or in religion, there's a little something for everyone.

Turns out, three bulls in Holdingford decided they needed some church on Sunday.

"On August 2 at approximately 7:30 AM the Stearns County Sheriff’s Office responded to a hazard call near the Community Country Church in Holdingford.

A passerby saw three cattle on the lawn of the church and believed they could become a hazard to traffic on Co.Rd.17. The deputy located the cattle upon arrival and was able to move the cattle to a nearby farm with the help of local residents. Residents had checked around the area and were unable to determine where the cattle came from. The owner of the farm was able to make accommodations for the cattle and advised he would keep them safe for the time being.

"Well it was hurry up and get out to see what was going on," Dave Wohletz said. Wohletz owns a farm that's closest to Community Country Church in Holdgingford. He himself owns hundreds of cattle but the three weren't his. "Jumped on my ranger, took off, and when I saw them, I told the guy they weren't mine."

However, Wohletz said he kept getting call after call.

"After a few people stopped and said I had cattle out--I told them they weren't mine-- about eight o'clock, a couple of us went up there, herded them up and brought them down here, penned them up," Wohletz said. He said he decided to keep temporary custody of them until the owner showed up.

Wohletz said cattle venturing out is a serious problem for cattle farmers, so he was kind enough to open up his property to house them.

"I don't think cattle out is funny because I own cattle!" Wohletz said, with a little laugh. "It's just something to deal with right away."

However, the humorous fact that the cows showed up to church on Sunday wasn't lost on the owner of the three cows, Jon Dobis.

"That is hilarious," he said. "Last night I put a post on Facebook, I'm looking--I'm like church? Really? That's almost a mile and a half from my house. I've seen another photo that they're in the grass in someone's yard. They're taking a little tour of town."

He said he was sorry to anyone whose properties have been trespassed by his cows. He said they have a lot of personality and that they are quite mischievous. He also said he observed them rubbing against a fence at his farm, so this bovine mooo-ve wasn't a complete shock to him.

"You know if we come into the yard, go by the fence, they're looking always alert," he said. "They're stubborn maybe a little bit too. They have a mind of their own."

With a little holy cow tour behind them, Spot, Brownie and Chocolate had unintentionally brought the town of Holdingford together. Dobis said he was grateful the town had come together to rally the cows and with everyone's help, his father was able to pick them up and bring them back home from the Wohletz's farm.