The mayor of Murdock emphasized that the vote to allow the Asatru Folk Assembly to gather at an abandoned church is simply a matter of zoning. 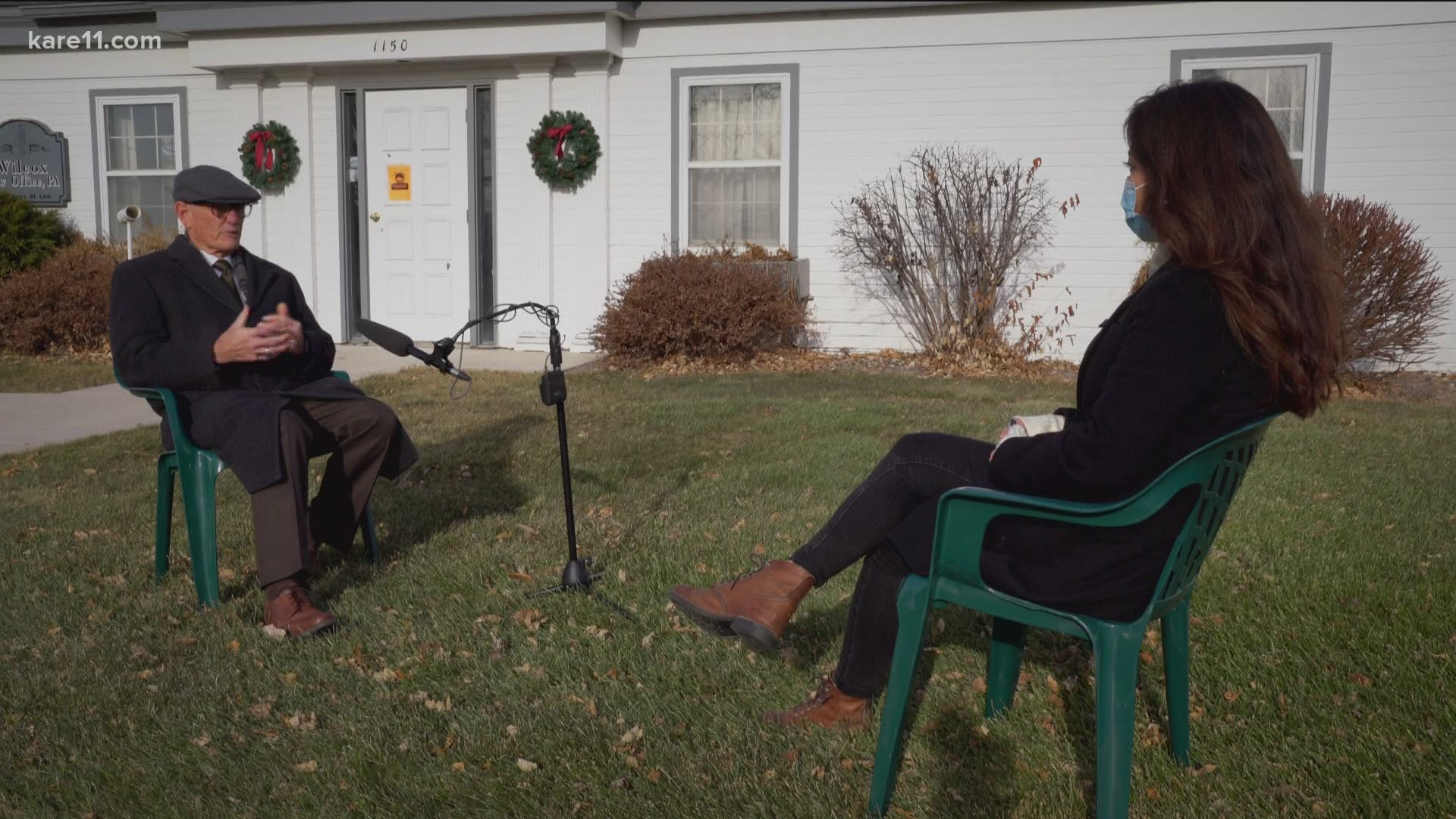 MURDOCK, Minn. — The city council in a small Minnesota farming community has anonymously voted to grant a permit that allows a Nordic heritage church that has been identified as a white supremacist group to gather at an abandoned church.

The vote Wednesday night came after the council in the Swift County community of Murdock was advised by the city attorney that rejecting the Asatru Folk Assembly’s request could violate its religious rights.

Council members, who were meeting online because of the coronavirus pandemic, kept video cameras turned off and refused to identify who voted for or against the permit.

The building at the heart of the discussion is the old Lutheran church on Highway 12 in Murdock. Mayor Craig Kavanagh told KARE 11 that the vote was 3-1 to approve the Conditional Use Permit as long as the group (Asatru Folk Assembly) meets the conditions set on the permit.

"There has been a lot of concern on this topic in the city of Murdock and rightfully so. We just want to be clear we are not discussing race with our decision. This is strictly a zoning issue," Mayor Kavanaugh emphasized in a statement to KARE 11. "We as the leaders of the City of Murdock want it be known that the city of Murdock condemns racism in all of its forms: conscious, unconscious, any place, any time, now and in the future. We are committed to building a community that promotes equal justice and opportunity to every single person regardless of their race."

KARE 11's Jana Shortal asked the mayor Thursday if his community could have disregarded the legal advice and decided they couldn't let a white supremacy group set up in Murdock.

"I suppose we could have," the mayor replied. "We were told there was a 99% chance we would lose in court. And it would be federal court for an issue like this. It didn't feel like that was the best decision to me and we were advised against denying it by multiple sources."

Area residents have protested the AFA and its plans. The Southern Poverty Law Center lists the AFA as a hate group.

The saga began a few months ago, according to Murdock city attorney Don Wilcox.

"It started with this organization AFA coming to town and buying the old church building," Wilcox explained.

Once the AFA had purchased the building and let its intentions known that they wanted to use the building as a church or a place of religious gathering, they applied for a Conditional Use Permit, as the building was zoned as residential property.

The permit application then led to a public hearing in late October, during which concerned residents from the area showed up to voice their opinions about the AFA being in town.

"We believe that as Northern Europeans, this is not only our birthright but our obligation to maintain that ancestral memory," Turnage said over the phone on Thursday. "And to give worship if that's the right word. Worship and fealty to our gods and our ancestors."

KARE 11's Sharon Yoo asked if it was true that the AFA does not accept Black, Indigenous and People of Color into its congregation. Turnage confirmed this

"It's true both that we don't accept those members and that that's the area of concern," Turnage said.

When asked why AFA does not accept BIPOC members into its group, Turnage made an analogy.

"I think the best analogy is that we view our gods as our ancestors," he said. "If we have a family reunion, it's only our family."

This view concerned Victoria Guillemard, a Murdock resident who is also a part of the group, Murdock Area Alliance Against Hate.

"I don't want a white supremacist group coming into town and preaching beliefs that are dangerous to other residents of color," Guillemard said.

However, both city attorney Wilcox as well as MAyor Kavanagh said the conditional use permit authorization was not an argument about beliefs.

"The big objection in the city is not so much using the building, as having its organization in town at all," Wilcox said. "And that's two different issues. You can't use zoning to keep an organization like that out, whoever they are. They're protected by the constitution, free speech freedom of religion."

Wilcox said regardless of who is in the building, the conditional use permit argument was simply a discussion of building use. He added that denying a permit to certain groups would open them up to legal, and federal violation troubles.

When asked if Murdock doesn't have the resources to fight any kind of legal battle, Wilcox answered no.

"Sure, they're insured, the battle would be handled by their insurer which is the League of Minnesota Cities," Wilcox said. "But just because insurance might pay the cost, isn't necessarily a good argument for doing it if it's wrong."

With the decision having already been made, Guillemard said now residents who have fought against the use permit for the AFA will now focus on educating Murdock and its surrounding areas about the AFA.

"We're righting their white supremacist beliefs and their belief that only white people, or as they claim, people of Northern European heritage can practice," she said. "If they got rid of that specific tenet and denounced racism and denounced white supremacy, we would not be having this conversation today."