Zoo visitors voted on the giraffe's name over MEA weekend.

Visitors were invited to vote on the name over MEA weekend, stuffing ballot boxes around the zoo for one of three names.

Besides Sota, which honors the giraffe's birth state of Minnesota, the other names on the ballot included Elliott (due to the giraffe's resemblance to the movie character, E.T.), and Fonzie (as many zoo visitors said the giraffe was cool like "Happy Days" character Arthur "Fonzie" Fonzarelli).

The male baby giraffe was born on Tuesday, September 10, standing at 6'4" tall and weighing in at 160 pounds. He is the eighth calf born to Clover, and the 23rd giraffe born at Como over the past 25 years. 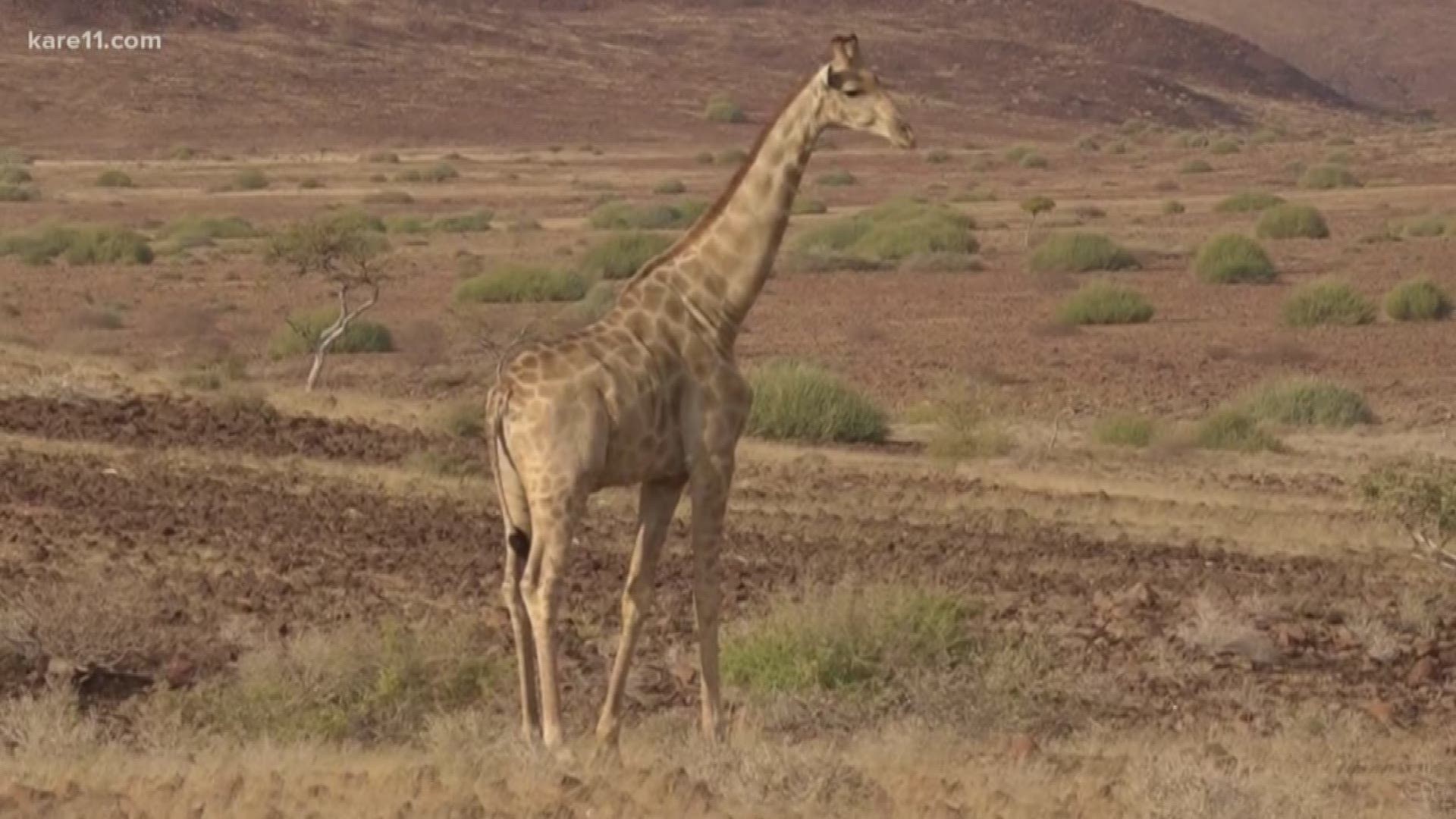