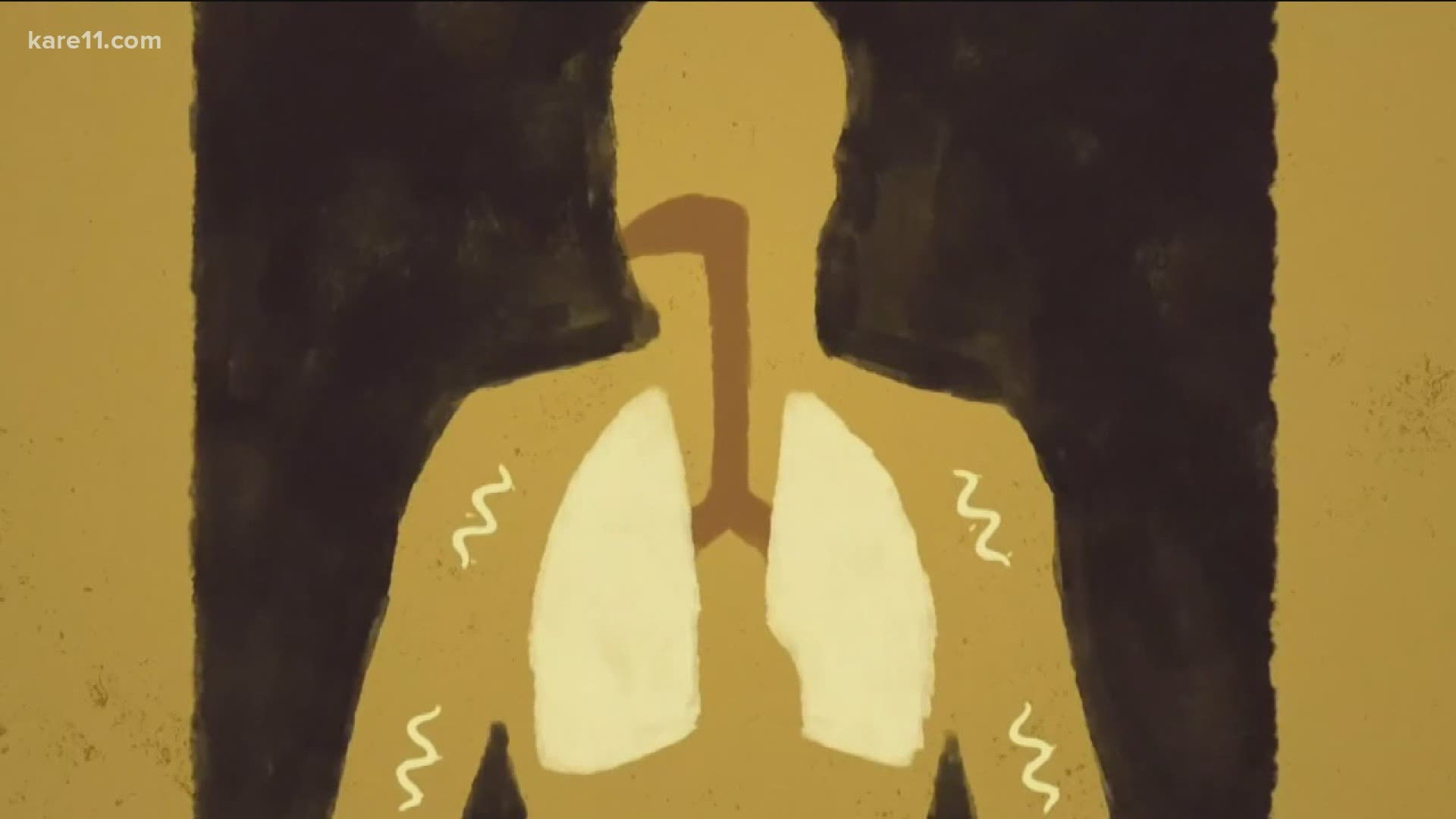 MINNEAPOLIS — There was detailed medical testimony Monday about the levels of carbon dioxide in George Floyd’s body – an issue that could be pivotal in Derek Chauvin’s murder trial.

The emergency room doctor who tried to save George Floyd’s life testified he found CO2 levels more than twice as high as normal in Floyd’s blood.

Dr. Bradford Langenfeld said that commonly indicates the person has had trouble breathing – taking in oxygen and expelling carbon dioxide.

“That means they are not eliminating it [carbon dioxide] through ventilation or breathing,” he told the jury.

Forensic pathologist Dr. Judy Melinek is not associated with the case, but she says she has been closely following the medical evidence.

"Carbon dioxide goes up in the blood when a person has acid buildup," she explained. "You can have an acidosis which is acid buildup from respiratory process – meaning you are not breathing enough and that's why the carbon dioxide is going up,” she said.

Not being able breathe – because officers were on George Floyd’s neck and back – is a key element in the prosecution’s case.

So, Dr. Melinek says she was not expecting Derek Chauvin’s defense attorney to emphasize the high CO2 levels during his opening statement last week.

So, why would the defense attorney highlight the high carbon dioxide level?

Because experts say there can be another cause.

“Does an opiate like fentanyl cause your carbon dioxide to rise?  Yes,” says Dr. Steven Bird, Professor of Emergency Medicine at the University of Massachusetts.

Dr. Bird says opioids could also be a factor in elevated CO2 levels – and he expects Derek Chvin’s defense to emphasize that. “They will undoubtedly try and pin this on drug use,” he predicted.

That is exactly what played out Monday as defense attorney Nelson cross-examined Dr. Langenfeld.

“The use of fentanyl. Do you know that to attribute to high carbon dioxide levels?” Nelson asked.

“It can cause high carbon dioxide levels because it depresses the ventilation or the breathing,” Langenfeld replied.

Independent experts who spoke with KARE 11 say there is something else to consider. People engaged in a physical struggle need to breathe even more deeply – and adding drugs to the equation can make things even worse.

"So, when you have a metabolic acidosis plus a respiratory acidosis, you have this super acidosis which causes your heart to stop," Dr. Bird explained.

Those all will be factors the jury will need to weigh as the trial continues.

“When you have these deaths like this you have to look at the totality of the evidence,” Bird says. “What was happening before, during, and after.”