St. Paul police making arrests linked to the unrest in the wake of George Floyd's death

St. Paul Police have posted several pictures and videos on their website and social media platforms of those they believe were involved. 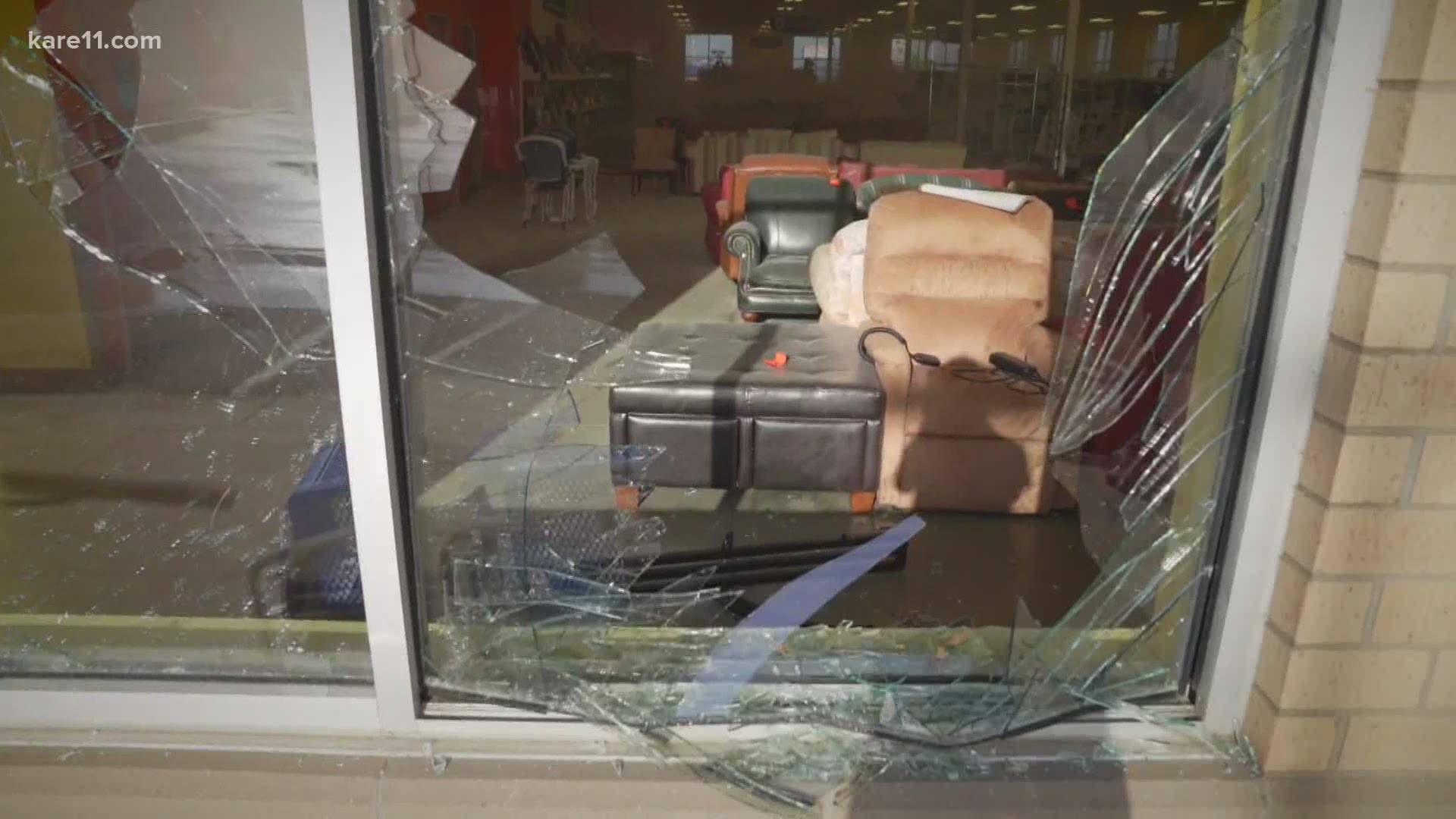 "Anything you see here you can probably multiply it by 10," said Commander Axel Henry as he pointed out all the pictures posted on the wall in a room where investigations are underway.

The videos and photos were captured from all the happenings during the first 48 hours.

Hundreds of businesses were damaged from Grand Avenue to the Midway Shopping Center.

"Somewhere in the area of about 300, including arson, looting, burglaries, robbery," said Commander Henry.

Those businesses were hit multiple times and in some cases police say by the same people.

"We’re seeing the people over and over again at different places and we can kind of almost plot their movement as they’re going around," said Henry.

"We’re probably at about 10 people that have been arrested so far," said Henry.

Through strategic planning involving a task force made up of officers from different areas of the department, Commander Henry says through surveillance video and cell phone footage they’ve been able to narrow down suspects all within a 48 hour time frame.

"It kind of becomes this game of like those are the frequent flyers that we keep seeing." said Commander Henry. "If you can imagine some of the people that were in the area three or four hours earlier, maybe weren’t wearing their masks but they were wearing the exact same clothing and then three hours later they get involved in something and they’re doing stuff.”

With portions of the city still left in ruins and business owners left trying to rebuild, what’s being orchestrated between the walls of the police department is what police say will ultimately help the community heal.

"When something like this happens in our community we want to make sure we’re providing that trust and respect and that means that we take it seriously, we take the reports, we listen to our victims and we go out and try to find the people that committed those crimes," said Commander Henry.

St. Paul Police have posted several pictures and videos on their website and social media platforms of those they believe were involved.