Be it big or small, neighbors in Burnsville are engaged in some friendly competition to create the most dazzling light display on the block. 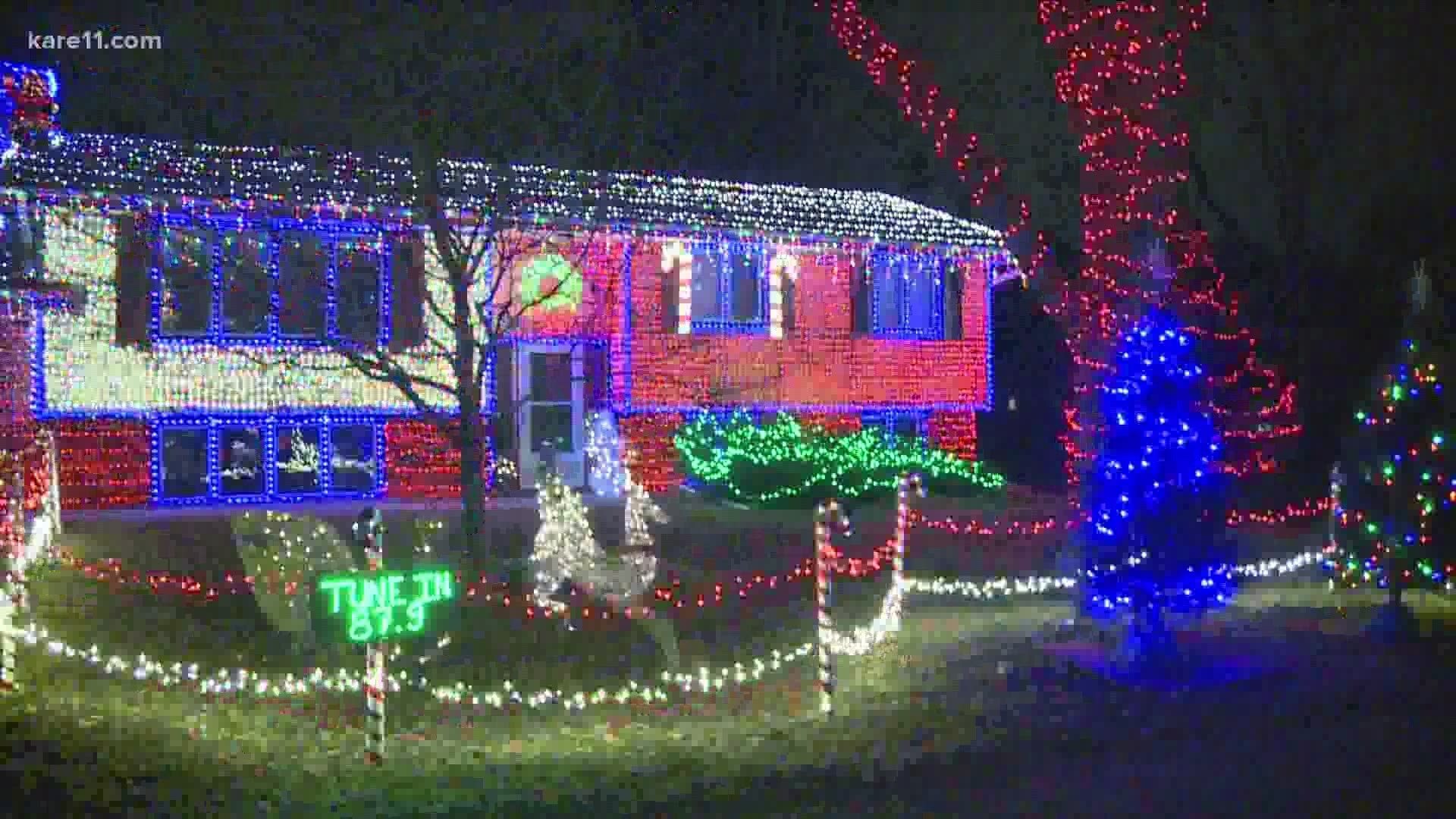 Like Dr. Seuss's beloved community, Burnsville is a site to see in December. More than 40,000 lights create a holiday spectacular on River Hills Drive.

Ingrid and Chris Danielson spent 100 hours setting it up.

Head over to Crystal Lake Road and you'll see a neighborhood lit up with holiday cheer.

Homeowner Dale Anderson says there's a bigger need for it this year.

"With 2020 the way it is with COVID, I think lifts, it lifted my spirit by doing [it], putting up the Christmas lights," he explained.

"I use C9s and then I drape multicolor icicles over those and it gives it like a candy effect on the roof," Ross pointed out.

Sure, it started because he had kids, but it took a new neighbor to fuel Randy's need to deck the halls and the rest of his house.

"He upped his game on us, so we had to go back in the car to Menards and up the game. Then the next day, he put up some more. So for a few years, we actually had quite the display going," Ross reminisced.

For Mary and Gary Dahnke, their lights honor their Army veteran son who served in Iraq and Afghanistan.

"I started the red, white and blue tree and have been doing it ever since. And we've got our soldiers out," Mary mentioned while showcasing her yard.

Swing on by Barb and J.D. Grace's home, it's a fisherman's paradise.

But it takes a lot of work to keep this set up from sinking.

Credit: KARE 11
Barb and JD Grace fill their holiday display with penguins and a salute to fishing

J.D. chimed in saying, "it's been a neighborhood thing for years and a little bit of peer pressure goes on."

But it really is all in good fun. The neighbors are so friendly that they tease each other if one gets behind schedule.

"Well, we joke this year that we're going to get our lawn chairs and watch Mary next door put hers up cause we were all done and she still had a lot to do," Barb said while chuckling.

All jokes aside, the neighbors don't want to compete with the Clark Griswolds of the world.

They do it for one thing: the smiling faces of Burnsville's youngest neighbors.

"The biggest gratification comes when the little kids come by on a walk and say we like your decorations," J.D. explained.

Dale Anderson reiterated that sentiment saying," it gives a good feeling. I'm glad other people can enjoy it as well."

These homes came to our attention thanks to the City of Burnsville's Winter Lighting Contest.

There are three separate categories and prizes in each:

Winners will be announced on the city's website and social media pages on Wednesday, December 23. You can also plan your own tour of Burnsville's lights by visiting this link.