The owners apologized and said the posts don't represent their views. 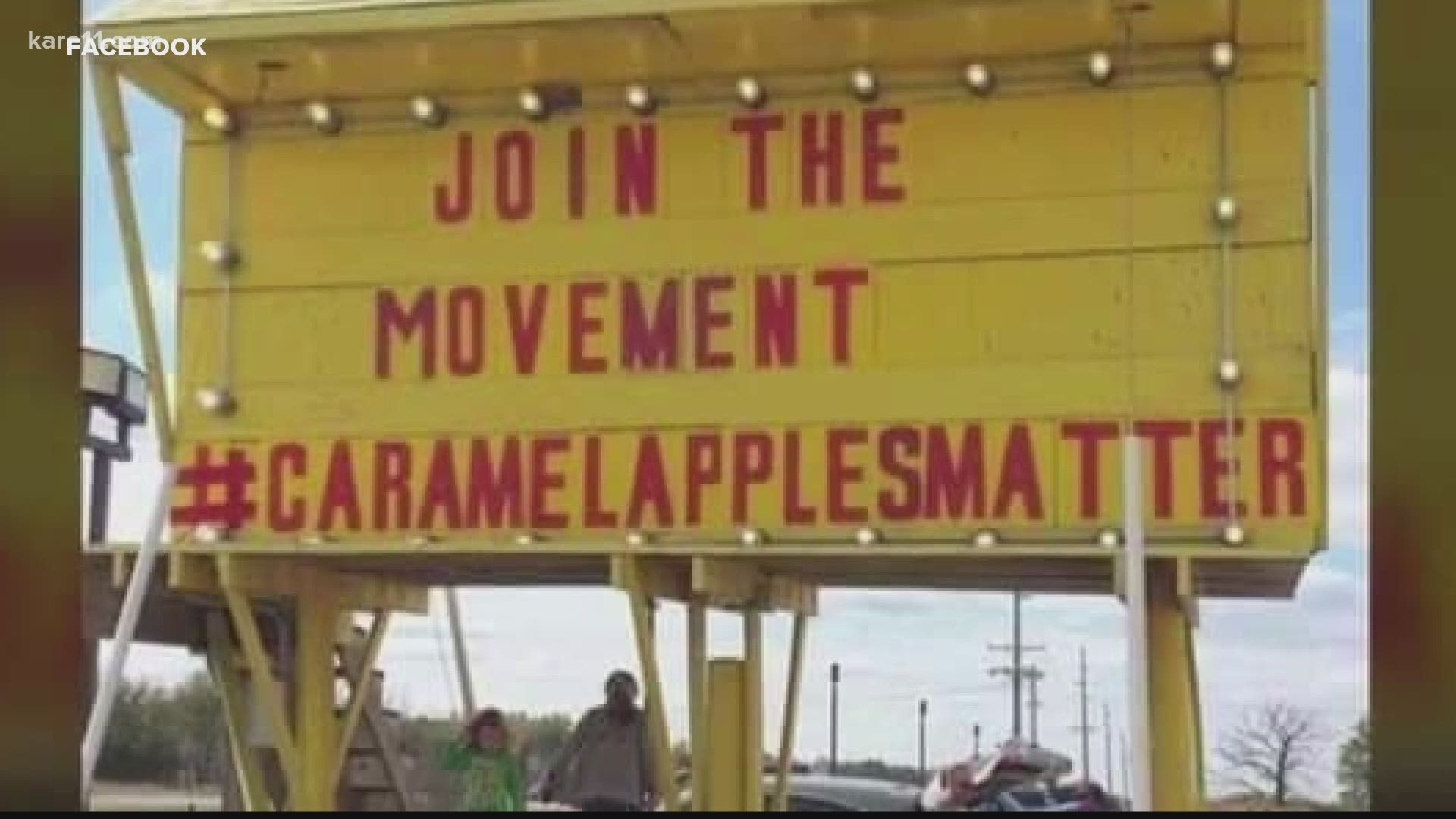 JORDAN, Minnesota — The owners of Minnesota's Largest Candy Store say they've fired an employee who they believe is responsible for sending out insulting messages on its social media accounts.

Owner Robert Wagner tells KARE 11 they initially believed a non-employee had accessed an employee's phone and posted messages on the store's accounts. However, in an interview with KARE 11, Wagner said upon further investigation, he now believes a longtime employee posted the messages. Wagner says that employee has been terminated.

Screenshots of the alleged conversation were going viral on Friday morning, appearing to show an exchange between an individual and the store's Facebook account over the Black Lives Matter movement. At least one of the responses posted by the store's account contained a vulgar insult aimed at the other person in the exchange.

The store apologized in online posts on Friday morning, initially saying: "We got hacked. We apologize to the person that was attacked and treated unfairly."

The store's Facebook page was intermittently offline throughout the day Friday.

The store also addressed the controversy in a post on Google late Friday morning, when they initially believed a non-employee was "responding to our customers in an unauthorized and frankly disgusting fashion."

Wagner said the views expressed in the messages do not represent the views of the owners of Minnesota's Largest Candy Store.

The original exchange involved a response to a photo of the store's signage that said "Join the Movement #caramelapplelivesmatter." Wagner said that photo was from 2015, when it gained national attention, and recently resurfaced. Wagner said the store apologized.

The store has also been a source of controversy during the coronavirus pandemic, as some small business owners questioned why the store was allowed to reopen before most others in the state.