"That was his gift to give. If this was part of his purpose in life, then it was my job to carry it out." 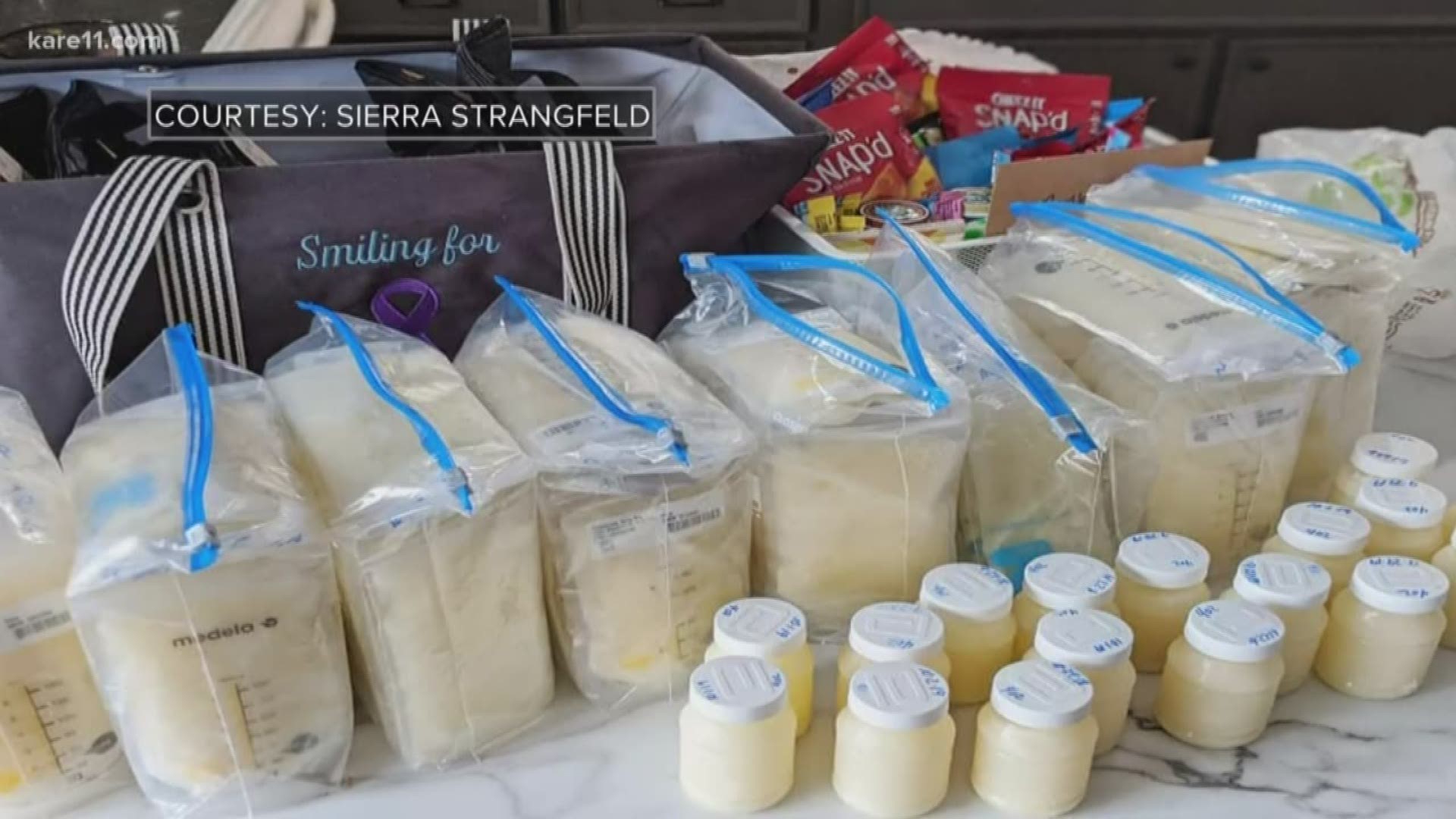 NEILLSVILLE, Wis. — Sierra Strangfeld delivered her son, Samuel, by c-section, knowing as soon as he was born that her hours with him would be numbered.

"Those three hours seemed so short," she said. "He had his baptism done and it was pretty shortly after his baptism. It was like he knew."

When she was about 25 weeks pregnant, Strangfeld found out Samuel had Trisomy 18, a chromosomal condition which meant he wouldn't live.

She chose to have a c-section at 30 weeks so she could meet him while he was alive.

"That's where our journey kind of started and ended all at the same time," she said.

A nurse asked Strangfeld if she had considered pumping her breast milk.

"It's not something you can stop. My milk was going to come in whether Samuel was here or not," she said.

So for the next 63 days, Strangfeld pumped the breast milk meant for her baby boy.

"I actually pumped in the parking lot the morning before his funeral and pumped right after his funeral," she said. "I felt like it was the only thing left physically connecting him to me."

She pumped a total of 500 ounces and donated most of it to a nearby hospital's milk bank, where it would be given to NICU babies.

She donated the milk on November 13 - Samuel's due date.

"Looking back now, I say that was his gift to give," she said. "If this was part of his purpose in life, then it was my job to carry it out."

Strangfeld kept the very last bag of milk she pumped, writing on the bag 'Last Samuel Pump.' She also kept a few viles of breast milk from the hospital.

Sierra and her family have set up a scholarship fund in Samuel's name. They want to help aspiring nurses and others in the medical profession get through school, a way of thanking the doctors and nurses who helped them.

Donations can be sent here: