Minneapolis faces $111 million in legal claims and $29 million in workers compensation claims from 2020, according to study

The city could potentially pay out an unprecedented amount of money in legal claims and workers compensation claims and a lot of it has to do with policing.

MINNEAPOLIS — New numbers show the city of Minneapolis had an expensive year in 2020.

According to an actuarial study retrieved by the Minnesota Reformer, the city of Minneapolis is facing a long list of legal claims from 2020 that could cost the city as much as $111 million.

The city is also facing $29 million in workers compensation claims from 2020.

A Minneapolis city spokesperson says these two amounts could potentially end up being much lower depending on settlements and negotiations, and the eventual payouts would be paid out over multiple years.

The city of Minneapolis sees claims like these every year, but both amounts are much higher than a typical year, and an actuarial study shows the police department is the biggest reason why.

“The city was averaging about seven million dollars a year in prior years. So, $111 million last year, that's like ten times more than a bad year,” Minnesota Reformer reporter Deena Winter says.

Winter has spent the past month digging into these numbers.

She wanted to see how the numbers added up after an expensive year in 2020 with the city of Minneapolis agreeing to several multi-million-dollar settlements for police misconduct claims.

Winter discovered that a majority of that money, $84 million dollars, can be traced back to just 13 police misconduct claims.

"But there are all of these other cases too that we don't see as much about,” Winter explains.

Smaller cases, like the case Winter wrote about in her recent news article.

“They settled for $10,000,” Winter says. “There are lot of these little claims that don’t necessarily make the news, but apparently there are a lot of them.”

Potentially paying out $111 million is a lot of money, even for a city the size of Minneapolis.

So, where does that money come from?

"The city is self-insured. So, we don't have your typical insurance company that covers you for things like that. It all basically comes from tax dollars,” Winter says.

In total, she says the city faces $29 million in claims filed in 2020, which Winter says is nearly three times higher than a normal year.

The biggest reason? An increased number of police officers filing claims over PTSD.

"We have a lot of police officers in Minneapolis who are saying that they've been pretty traumatized by the events of the last year,” Winter says.

The city of Minneapolis has two piles of money that they use to pay off these claims and every year they put more money into them.

The mayor's proposed budget for next year would increase each of those funds by about $6 million.

"Not only do we not want people to get killed or injured by police, but yes, there is also this price tag that comes along with it,” Winter says.

“We don’t like to think about it in terms of just dollars and cents, but the numbers are pretty staggering.”

If you want to dig even deeper into the numbers, Winter's article goes way more in-depth than we were able to get into.

But she says these claims are a big reason why the mayor's budget proposal includes a 5.45% tax levy. 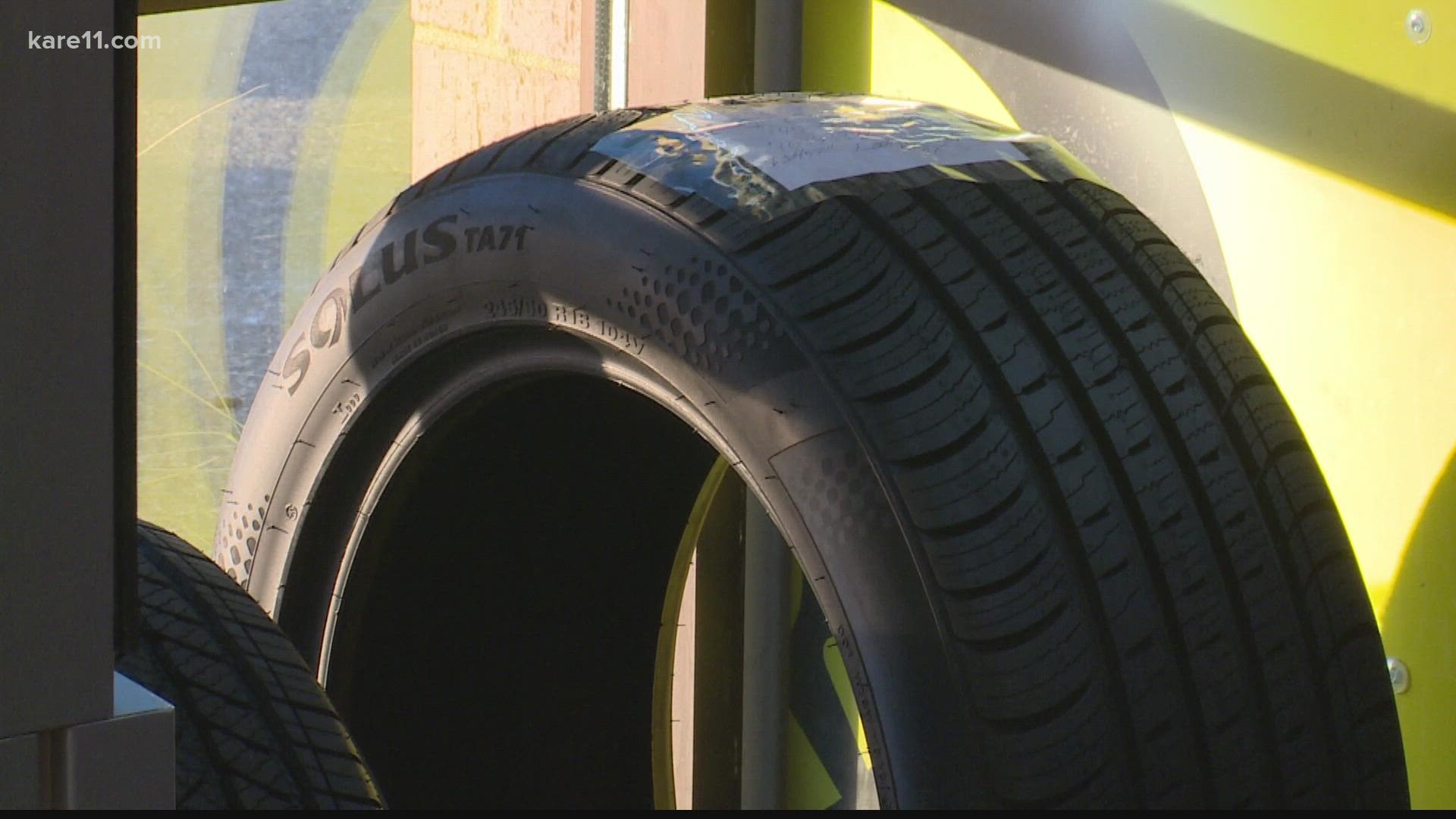 Tires, other car parts becoming harder to find due to supply chain disruptions