Science behind later school times and how they help student performance

Saint Paul Public Schools is starting school an hour later this year at all middle schools and high schools. It's all part of a nationwide trend. 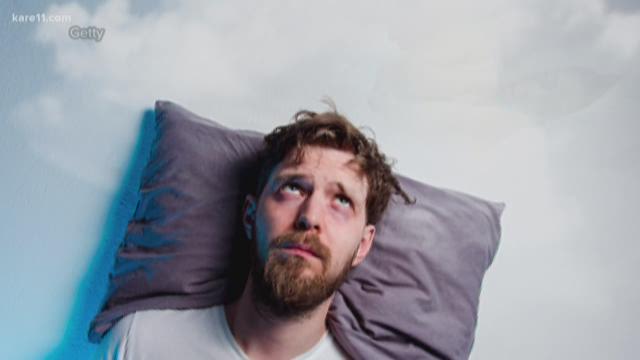 SAINT PAUL, Minn. — It is back to school season here in Minnesota, and in Saint Paul they're doing something different this year. They're letting kids sleep-in.

The change was officially approved back in October of 2017 and is part of a nationwide trend of schools starting later to accommodate students’ needs.

"Teens need about eight to ten hours of sleep at night. When kids get it, they have higher graduation rates, fewer car accidents and just overall improved mental health and well-being," University of St. Thomas neuroscientist Roxanne Prichard says.

Right now, Prichard says few teens are getting that much sleep,which she says is a problem.

This change happens around puberty, Prichard says, and it makes teens stay up later at night, because the hormone levels in their bodies prevent them from falling asleep earlier in the day.

“They can’t fall asleep as early as they could when they were younger,” Prichard explains. “Biologically they just can’t do it.”

So, if they can’t go to bed as early, the natural solution would be to let them sleep-in later, right?

RELATED: Getting kids into a back-to-school sleep schedule

Prichard says that’s the obvious solution, and academic research backs it up, but starting school an hour later is a bit more complicated than just dialing back your alarm clock.

“It’s a whole community issue. You have to think about traffic flow patterns, after school programs, athletics, who is using the pool after school, a lot of things to consider,” Prichard says.

Prichard says this extra hassle is why 8 out of 10 Minnesota schools still aren’t following the CDC’s recommendation of starting school at 8:30 a.m. or later.

"California is thinking about doing it at a state level. It was vetoed last year, but it’s still up for discussion right now," Prichard says.

Other schools have already made the change.

Prichard says Edina, Woodbury, and Minneapolis were among the first school districts in Minnesota to make the change.

If your kid's school still starts early, there are a few things you can do to help them out a little bit. "If you can get into the habit earlier, that makes it easier. Start the transition now before school starts,” Prichard says.

“If a kid is used to going to bed at midnight, you're not going to have the kid go to bed by ten tomorrow. It needs to be sort of a gradual shift."

Limiting your child’s screen time before they go to bed will also help them get to sleep faster.

“That light tells a tiny part of the brain to suppress melatonin, and with that we’re not making the hormone that tells us it’s night time.”

So, if you can, Prichard recommends putting all screens away at least two hours before bed time.

I know, that sounds nearly impossible. If you can, Prichard says start out with a half hour and gradually see where it goes.

Possibly the most important thing a parent can do to help their kids fall asleep is to provide them with a steady routine.

"Just like little kids, you give them a bath, a lullaby, lights out. Have a similar routine for teens and grownups, that’s obviously tailored to them."

Prichard says kids who get enough sleep tend to do better in school, they get better grades and do better on tests.

Various studies also suggest kids who get enough sleep do better in sports, get in fewer car accidents, are less likely to smoke cigarettes, drink alcohol, skip school, and even have less mental health problems.

“Research shows you can also predict which athletes are going to get injured throughout the season based on how much sleep they get,” Prichard says.

So, despite all the hassle of changing school times, scientists argue it's worth it, and they're encouraging more schools to give it a shot.

You can find more information on sleep and school start times on the CDC's website.