A St. Louis Park woman is inspiring others with her passion for voting that's second to none. 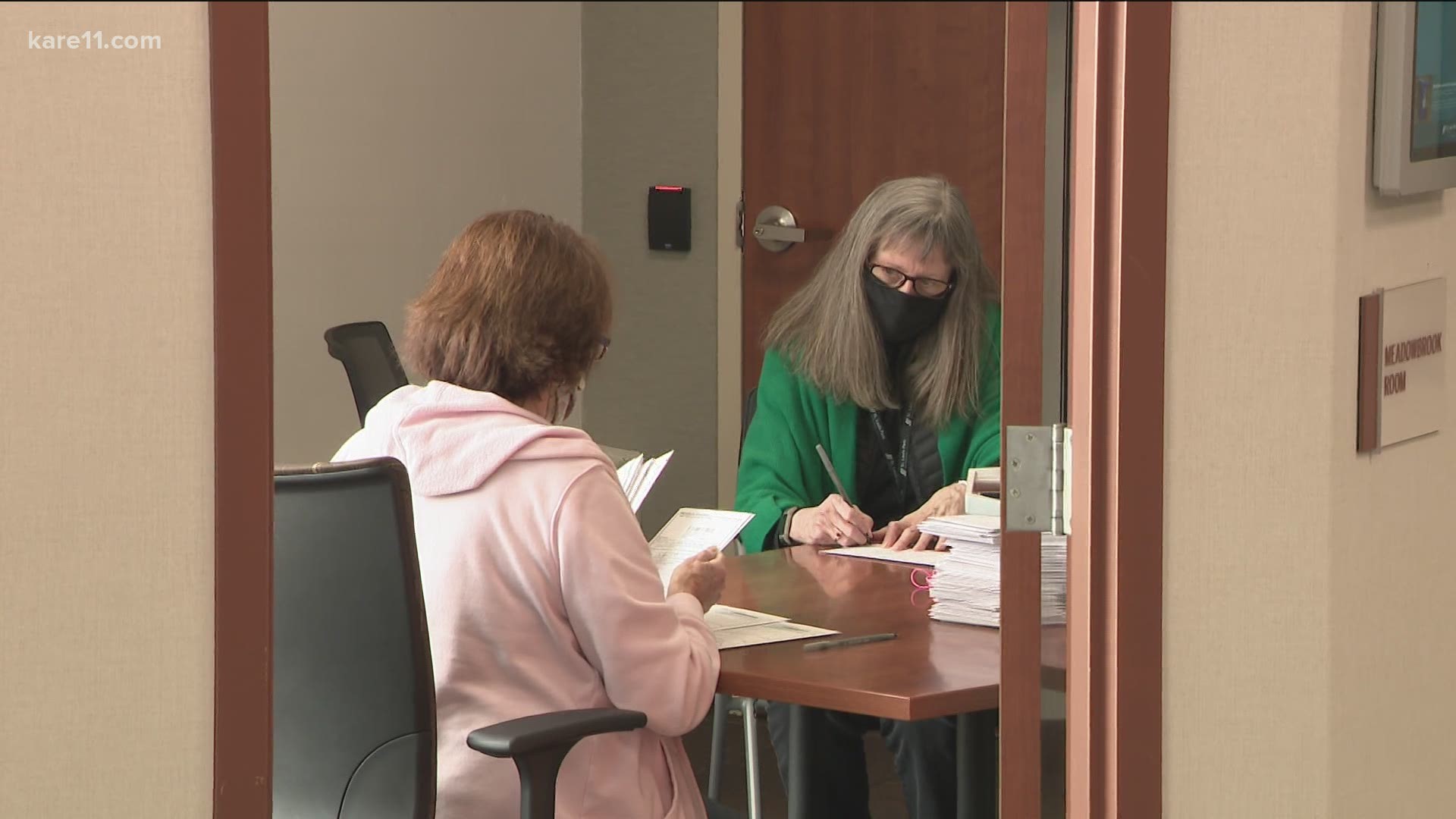 ST. LOUIS PARK, Minnesota — "I'm kind of a junkie in terms of elections. I'm not into politics so much as elections themselves."

If there's one thing Mary Wickersham is passionate about, it's the democratic process.

"I find it very important to help people vote and it's a real treat when you see someone vote for the first time," Wickersham explained to us, as she paused from counting absentee ballots at St. Louis Park City Hall.

Wickersham got involved as an election judge in St. Louis Park back in 2002; it's an important role she grew up admiring.

"Well, my mother was an election judge in Robbinsdale for many years," Wickersham recalled.

"I've gone through two recounts, which was quite interesting," Wickersham mentioned.

For Wickersham, it's not about red versus blue. Her love for elections is about celebrating the freedom of choice. She explained, "You can't complain unless you're involved. So it's your turn to make a statement and your vote is important and it will be counted."

It's Wickersham's mission to make sure everyone who is allowed and willing to vote, can.

"It's really rewarding to go healthcare facilities and see people in their 90s and even at 100 years old, who are just so grateful that we're there to help them to vote because they know that it's important."

In the time of the COVID-19 pandemic, Wickersham and her colleagues are seeing an influx of early voters, and she couldn't be more thrilled.

"I'm very happy that we have plenty of work and that's a sign that voters are engaged and they're voting in this time when it could be very difficult to vote," Wickersham said.

KARE 11 has you covered when it comes to Minnesota's elections. Check out our 2020 Voter Guide and our Voters Tool Kit.