Ali Mishkee talks about how he's learned to thrive while living with diabetes. 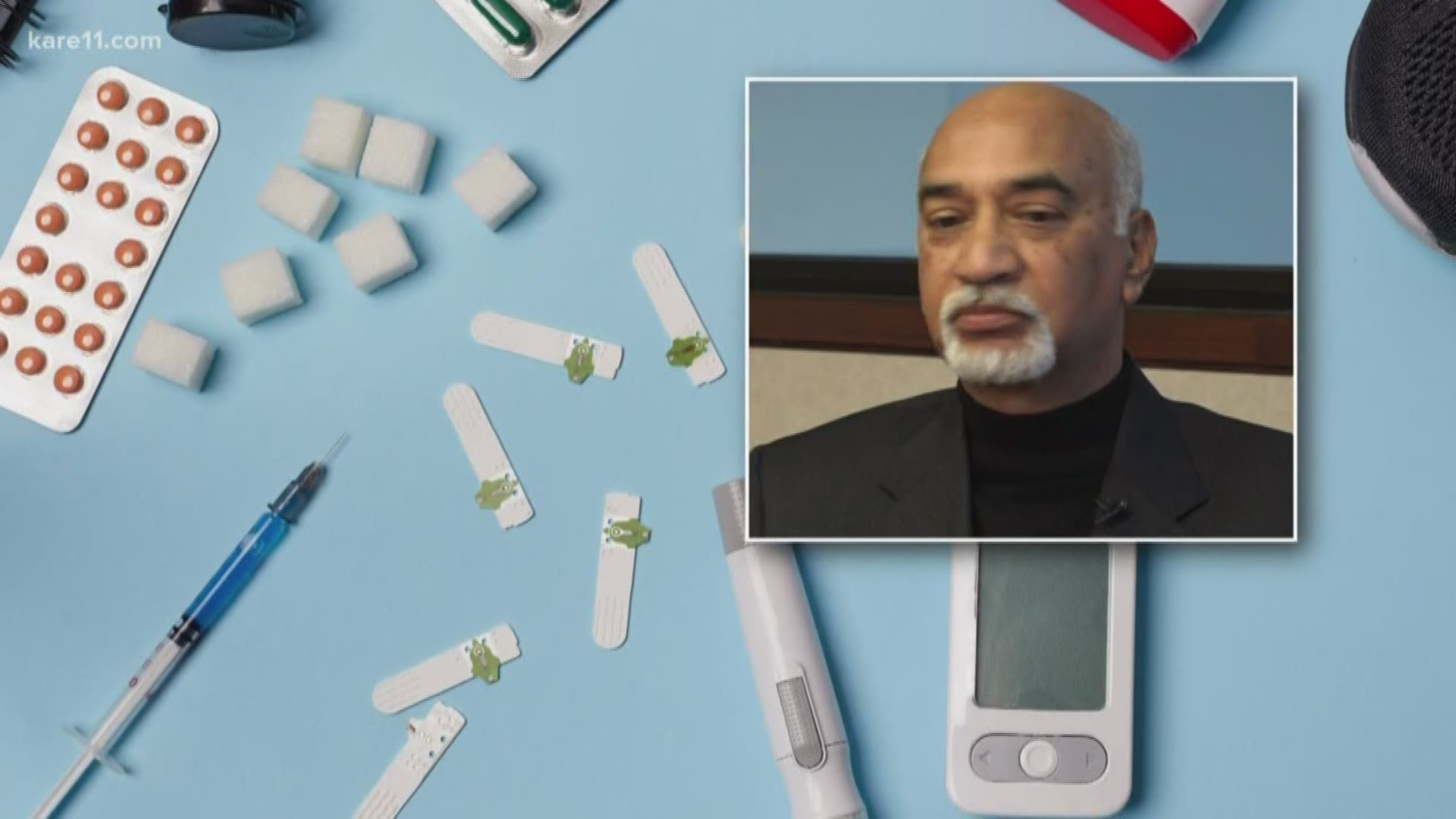 ST. LOUIS PARK, Minn. — It wasn’t until after Ali Mishkee was diagnosed with Type 2 diabetes he understood what it was doing to his body.

"What I realized was lack of energy," Ali says. "Then I would get up in the middle of the night, very thirsty. I would down a 16 ounce bottle of water like I just ran a marathon, like I was in the desert. Gulp it down."

When Sharon Chambers, a Clinical Research Nurse for the International Diabetes Center met Ali he didn’t have a clue how different foods impacted his blood sugar.

"Everybody processes food differently so become a student of yourself. Learn how different foods impact your body," Chambers says.

Ali took time to educate himself and use all available resources, from doctors to diabetic educators.

"Realized it was more than (cutting out) donuts and sweet rolls and ho-ho’s," he says. "More to do with the rice that I ate, bread."

Ali manages a restaurant. That means long hours, always eating on his feet and ending the evening with a big meal before bed. He knew preventive measures would have to be taken to be successful.

"I always eat what I enjoyed eating in the past and I still do it but smaller portions," he says.

He also wanted to keep enjoying the outdoors and with a few adjustments is still fishing, hiking and camping.

"I would have red wine - box of red wine and sit around the fireplace and listen to the loons and sip a glass of wine. Now last September when I went on my last camping trip, I took a different bunch of teas," Ali says.

Sharon is encouraged by the evolution of how Ali manages his diabetes.

"He has really taken ownership and he has been open to learning," Chambers says.

It’s his willingness to learn and adapt that keeps him living a full life at work, at play and with his family.

"Diabetes is not the end," Ali says. "It’s just adjusting to it and moving on and enjoying life like it is."

RELATED: Despite the law, insulin is being collected and given to those in need