Repairs to the famous statue are expected to begin in the coming days. 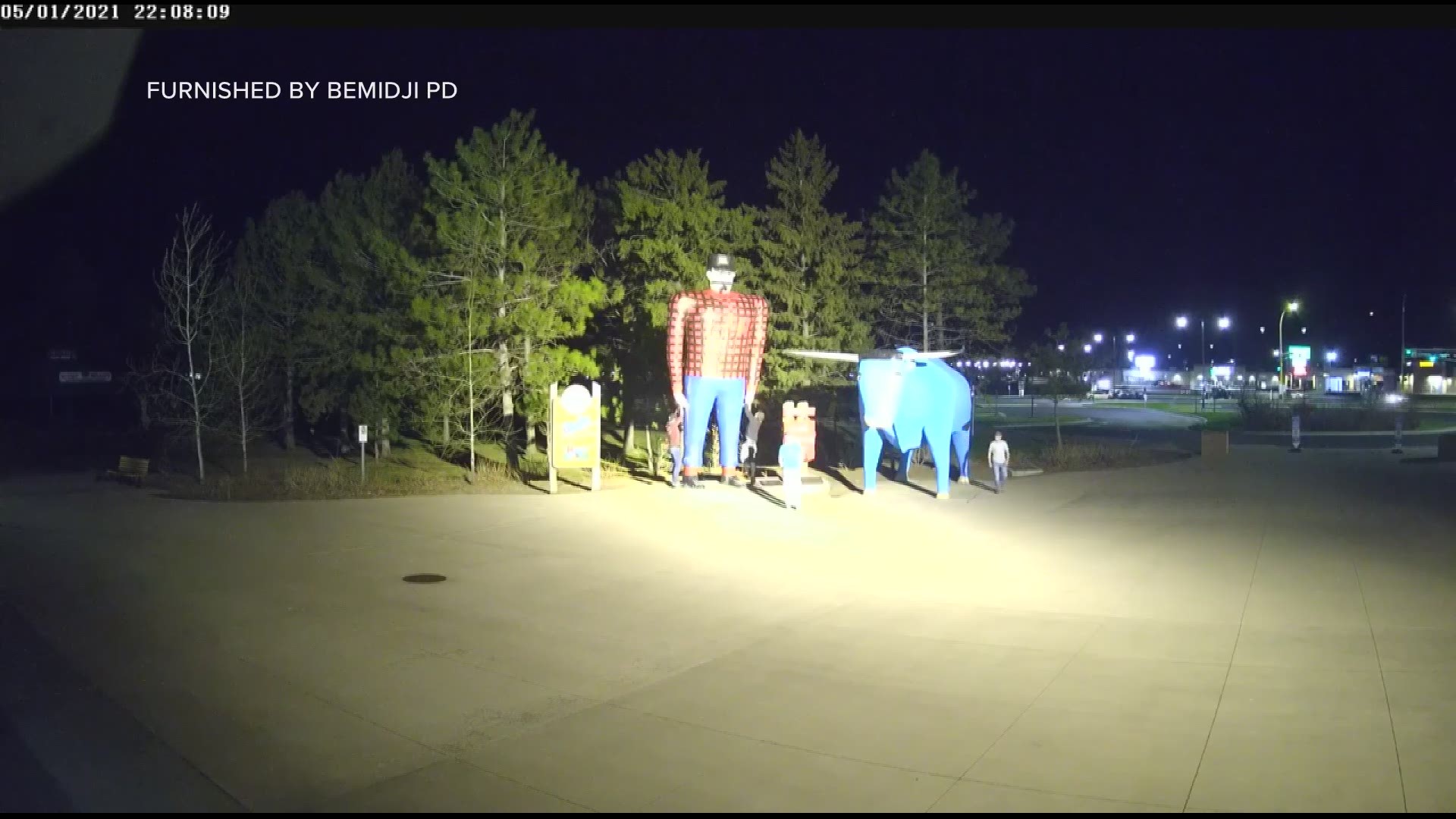 BEMIDJI, Minn. — He may swing a mighty axe, but it appears even mythical giant Paul Bunyan and his legendary strength are no match for misbehaving humans.

Bemidji police have released new surveillance video showing the cause of recent damage to the famous Paul Bunyan statue on the shores of Lake Bemidji.

The damage happened late in the evening on Saturday, May 1, according to a timestamp on the video. A clip posted to Facebook shows the arm begin to give way at the shoulder as someone hangs off of it, causing that person to fall off. That person and others in the group are then seen starting to run from the area.

"Paul has withstood the years in the park," Bemidji Parks and Recreation director Marcia Larson wrote. "Unfortunately, in this case, the cause of the failure/breakage appears to have been caused by several people climbing and hanging off of Paul’s arm and the adjacent sign."

Earlier this week, Bemidji police reported that the concrete in one of the statue's arms gave way, leaving the arm hanging only by the rebar that runs throughout the statue.

"Paul has been in the park since 1937 and the Park Department discourages people from hanging items or climbing on Paul and Babe because of the chance of damage," Larson wrote.

Park department staff say they've secured the statue and surrounding area and they are now planning repairs. The statues of Paul Bunyan and Babe the Blue Ox were already scheduled for conservation repairs this year; park officials say that timeline has been moved up due to the damage. Assessments and repairs are expected to begin next week.

The damage is under investigation by the Bemidji Police Department. Anyone with information is asked to contact Crime Stoppers of Minnesota at their website www.crimestoppersmn.org, or by calling 1-800-222-TIPS (8477).