A man approached their ice cream truck and began accusing them of being undocumented. 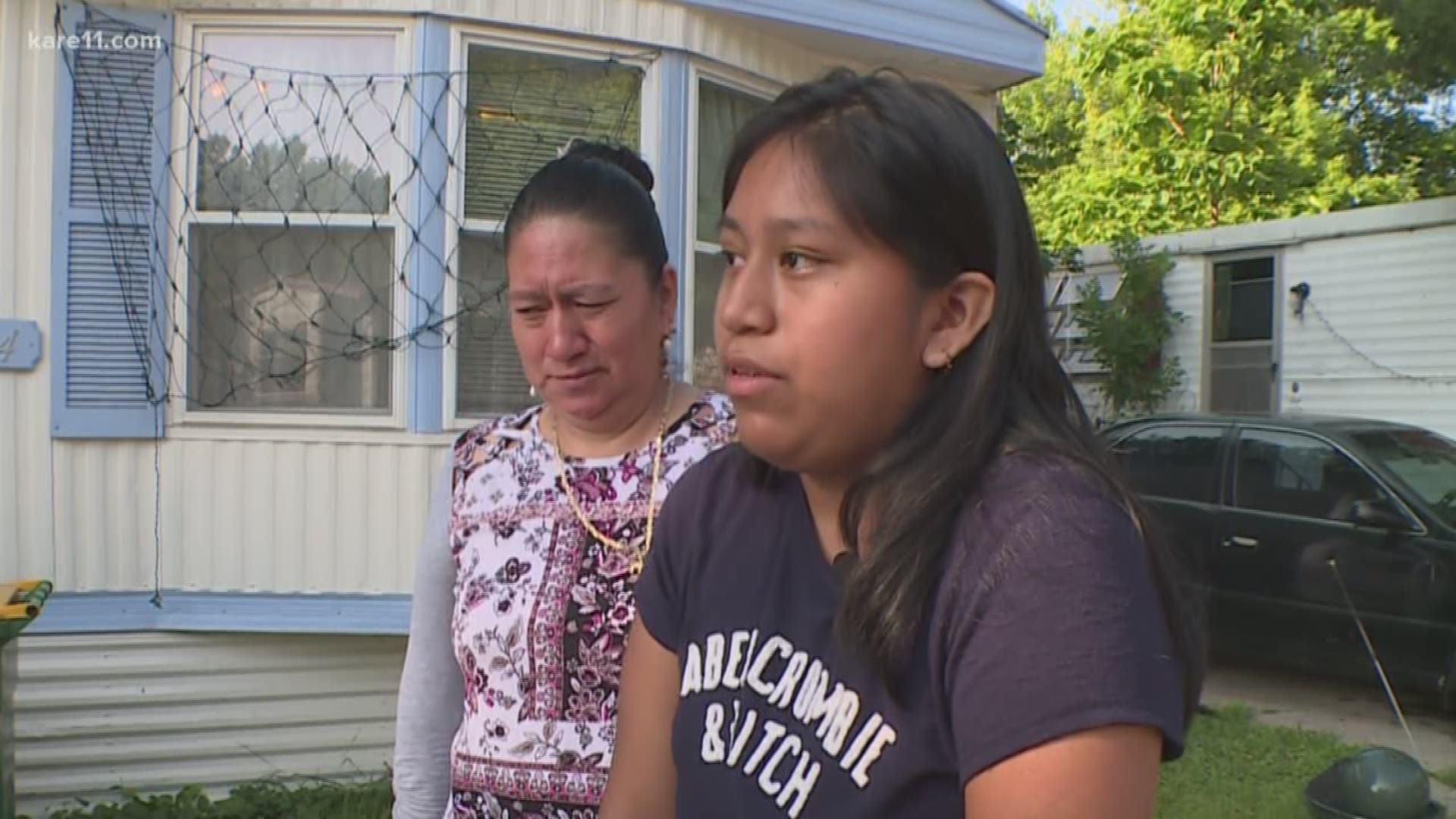 MINNEAPOLIS - The Mayor of Minneapolis is standing up for a mother and daughter who say they are the victims of racism.

Gina Llapa-Chunchi, 13, says her mother, Rosa Chunchi is an inspiration. She was born in Ecuador but as a single mom, she moved to the United States for a better life.

Struggling with work-life balance, Gina says her mother saved enough money to start an ice cream truck business this summer that led to flexible hours and more time with family.

But a couple of weeks ago at a park in northeast Minneapolis, their dream turned into a nightmare. A man approached their truck, accused them of being undocumented and damaged their truck.

Rosa and Gina were scared and cried for help.

Mayor Jacob Frey, who happened to be riding his bike in the area, was flagged down to help.

"He came over and asked us what happened to your tire and we told him our story," said Gina.

"I thought it was incumbent on me and whoever else was around to say, one, this is not right and two, we can do something about it," said Frey.

He says their story broke his heart and moved him to start a GoFundMe page to support and help Rosa and Gina's business.

"So grateful he helped," said Gina.

The tire is now fixed, but Gina and Rosa say they did lose two weeks worth of wages, which would have been between $100-$200 a day.

Either way, they don't plan to shut down and they thank Frey for that.

"I don't care what's happening on the national level, here in Minneapolis we want to be a beacon of hope and inclusivity and progress. We want to be a welcoming city for everyone,” said Frey.

Rosa says they did report the incident to police and they are investigating.