Decision 2020: What is next for Democrats?

It is the last debate before the Iowa Caucuses. The smaller pool of candidates leads to higher stakes. 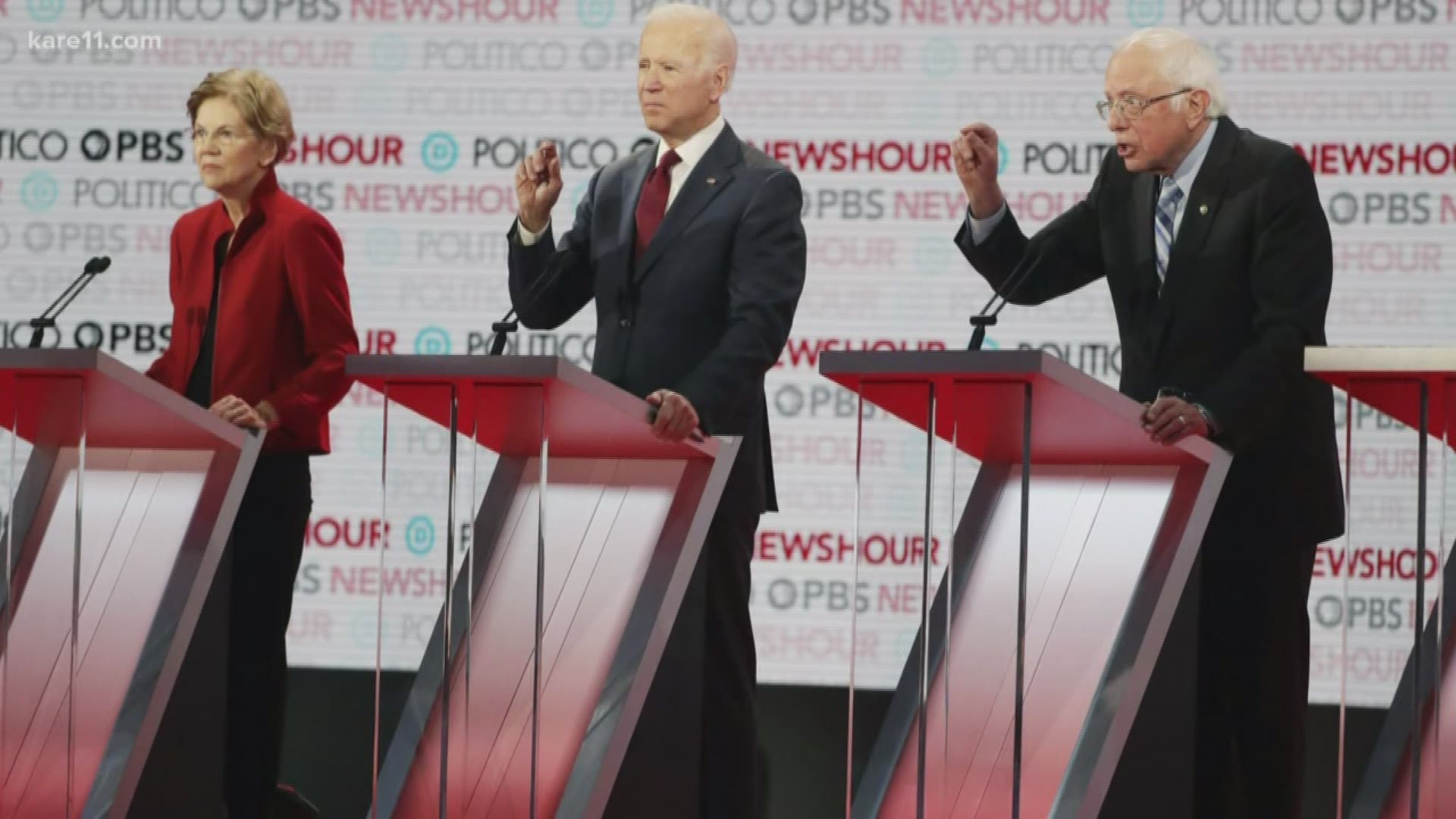 DES MOINES, Iowa — Sports are a lot like politics. Every team wants to win. And Tuesday night on the debate stage every candidate wants to score the nomination.

Michael Minta, an associate professor of political science at the university of Minnesota, says there's a lot to watch on debate night when Six Democratic presidential hopefuls take the stage.

It is the last debate before the Iowa Caucuses. The smaller pool of candidates leads to higher stakes.

“If you like sports in a lot of ways you like politics. You want to see who wins,” he said. “It is helpful to have six candidates as opposed to 20 some candidates on the stage so voters can focus in and really listen to what the candidates are saying and start developing a position on who they think will be best equipped to beat Donald Trump.”

Monday Cory Booker exited the race. Andrew Yang won't be on the stage. And Bernie Sander and Elizabeth Warren are feuding over a private meeting in 2018.

Sanders is accused of telling her a woman couldn't win the presidency.

President Trump has responded by saying democrats are taking the black vote for granted.

“That is a charge you can level against all the parties in terms of how well they are addressing structural issues in terms of how they impact racial and ethnic minorities,” he said. “Democrats can’t win the election without addressing some of the issues and concerns of African American voters.”

Minta adds women will play a vital role in this election – no matter the democratic nominee.

“If a woman runs for president does that mean all of a sudden women voters  are going to support the female candidate? Evidence shows that is not the case,” he said. “Party affiliation determines it. Most white women vote for the republican candidate nationally.”

At this same time in 2016, Donald Trump had a double-digit lead over the entire G-O-P field of candidates. On the debate stage, seven male candidates. Among the seven, one black.

“It was wide open and they were all fighting. To be honest many people thought Jed Bush was the front runner,” he said “When it is competitive, they are going to fight, it is not like the Clinton situation where there is a clear front runner. Democrats don't have anyone like that.”