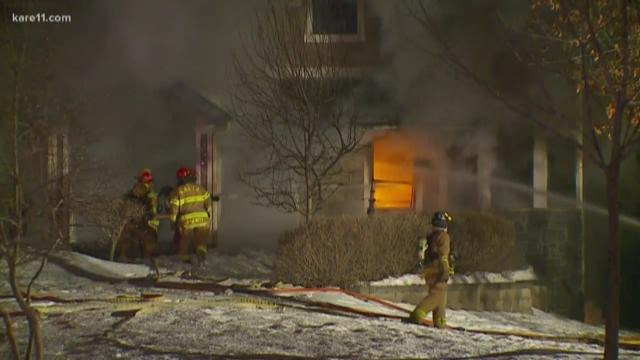 How do we fix that? The Minnesota Firefighter Initiative is busting their collective butts to try. They are using a unique approach to get some attention.

MnFire, along with singer/songwriter Larry Long, have partnered to release a new song called “Firefighter (Duty, Honor, Courage)” to highlight the health risks that firefighters face.

Now, I know what you're thinking, how is a song going to fix cancer, heart disease and PTSD?

The short answer is…it's not. But maybe it will get the attention of the people who can.

“Most of our calls are from people that are in emotional distress,” says MnFire President, George Esbensen.

Esbensen is a retired firefighter and knows full well the unique issues our heroes face. His organization started a 24/7 hotline (888-784-6634) to help those in the fire service facing emotional trauma. They've set up training to combat the cardiac and cancer side and now they are lobbying our lawmakers to step up to the plate.

RELATED: More firefighters dying by suicide than in line of duty

MnFire is asking for a few things, like a critical care insurance policy for all firefighters statewide. In-person counseling visits with a mental health professional, and more training of firefighters to help on the prevention side.

“That whole bill is called the Hometown Heroes Assistance Program. It would cost 7.2 million dollars a year,” says Esbensen. “If we were to adopt this bill, and our legislators pass this legislation, and our Governor signs it this year, we will vault up from 48th all the way to 46th and a half, so this is a drop in the bucket,” he explains.

Why should we care? Fighter fighters are up to six times more likely to die by suicide than the general public.

“There's been several in Minnesota already, in the last 30 days, and in Minnesota we average four to six every year for active firefighters that die by suicide,” says Esbensen.

They are two times more likely to die from cancer and heart disease, and here in Minnesota, most of them don't even collect a paycheck for their efforts.

"Many people in Minnesota still don' realize that 93% of the firefighters in Minnesota are doing this for either nothing, or just very little, as a part-time way to give back to their community."

Esbensen says of the twenty-thousand firefighters in the state, more than 18 thousand of them are considered non-career, meaning they are either fully volunteer or they get paid a small hourly-wage.

So, MnFire will keep fighting for them.

”Success is when we get those rates of cancer, cardiac, and emotional trauma at or below what the general population experiences. That will be a success,” says Esbensen.