A Senate committee heard from parents who blame sports injuries on masks, though MDH officials said masks are critical to preventing sports-related outbreaks. 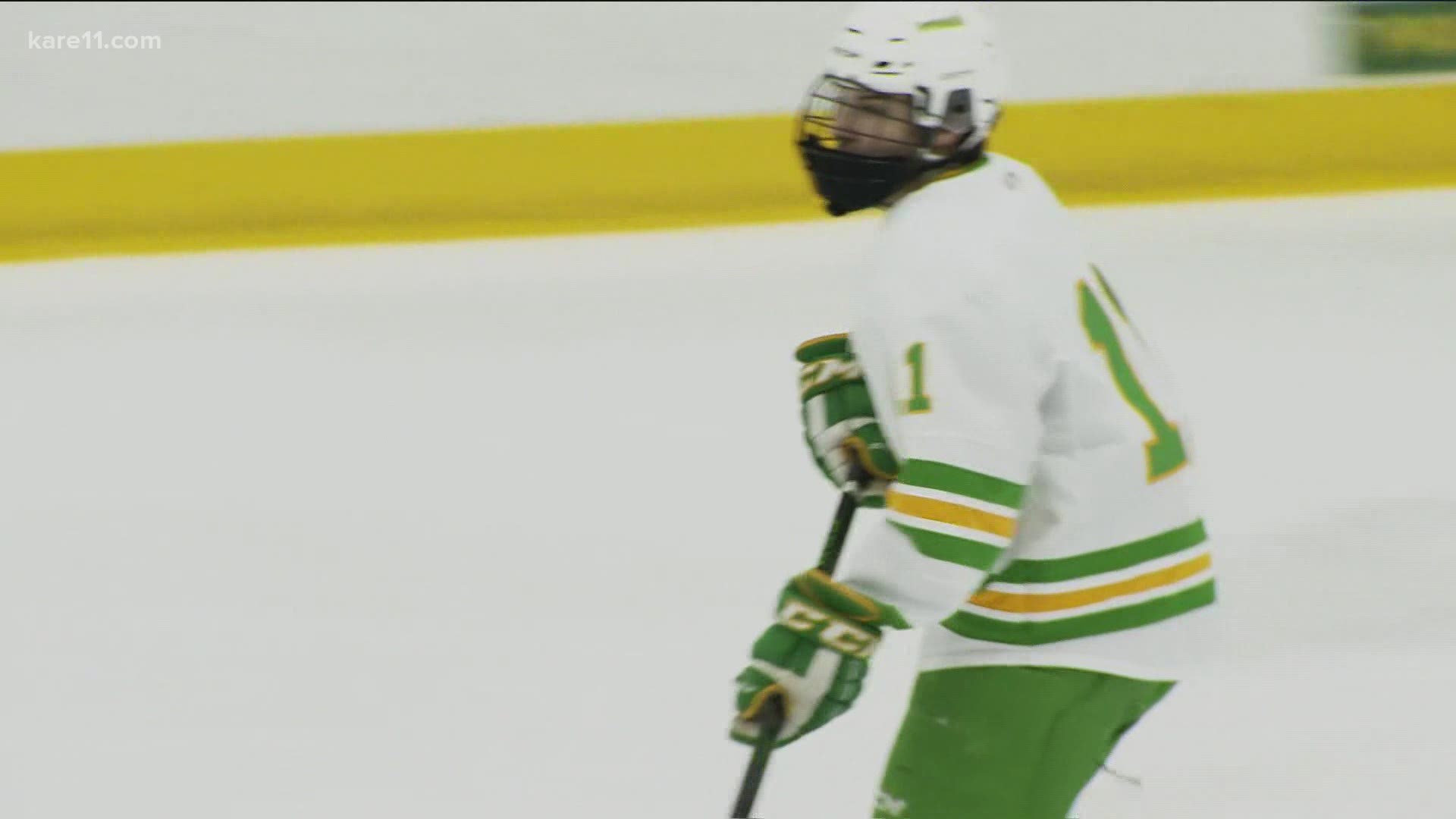 ST PAUL, Minn — Parents from across Minnesota lined up Wednesday to describe how their children had been injured playing hockey or basketball while wearing a mask.

Their testimony came in a Senate Health Committee hearing on the pros and cons of Gov. Tim Walz's youth sports mask mandate, part of an executive order issued last month designed to prevent COVID-19 outbreaks among student athletes and coaches.

The parents were organized by the citizens group known as Let Them Play MN, which first worked against the moratorium on youth sports and has now pivoted to the issue of the mask mandate.

"Ranging from serious collisions to kids passing out it became very clear the mask mandate was not safe."

The group introduced video clips of kids collapsing or running into each other, to support the descriptions given parents who took part in the remote hearing.

Kelly Dilger of Big Lake said her daughter, a high school basketball player, suffered bruises when she tripped over a group of other players who had already gotten tangled up and hit the floor.

"She was wearing a face mask and collided with her teammates on the basketball court. She said she didn't see them."

But Dan Huff, an assistant commissioner at the Minnesota Department of Health, said there's still no hard cause/effect proof that these injuries are more likely because of the masks.  But he said there's plenty of evidence children are less likely to catch and spread coronavirus while playing in masks.

"We do have sports injuries. We know that. But we have no evidence it is associated with or has been increased by masking," Huff told lawmakers.

Huff said MDH has reached out to the Minnesota State High School League and other youth sports organizations, asking for reports of sports injuries and illnesses among children competing in masks. He said so far there have been three credible reports of injuries, but there's no sign of an uptick in injuries compared to pre-COVID times.

Sen. Rich Draheim, the Mankato Republican who requested the hearing, said he believes the numbers of mask-related injuries are vastly undercounted because people don't want their information used against them.

"I think people are afraid to report because they don’t want their program shut down," Sen. Draheim said.

He asserted that parents, not the government, should be the ones making the final choices over whether their children wear masks while playing sports.

The most aggressive collection of sports injury data in the past has been around concussions, as more became known about the long-term impact of those brain injuries.  According to an MDH report looking at data from 2014 and 2015, the most concussions happen in the sport of football.

But the study also found female athletes per capita are more likely than males to suffer concussions while playing organized sports.