"This is the day when our democracy picks itself up, brushes off the dust and does what America always does," Klobuchar said in her inaugural speech. 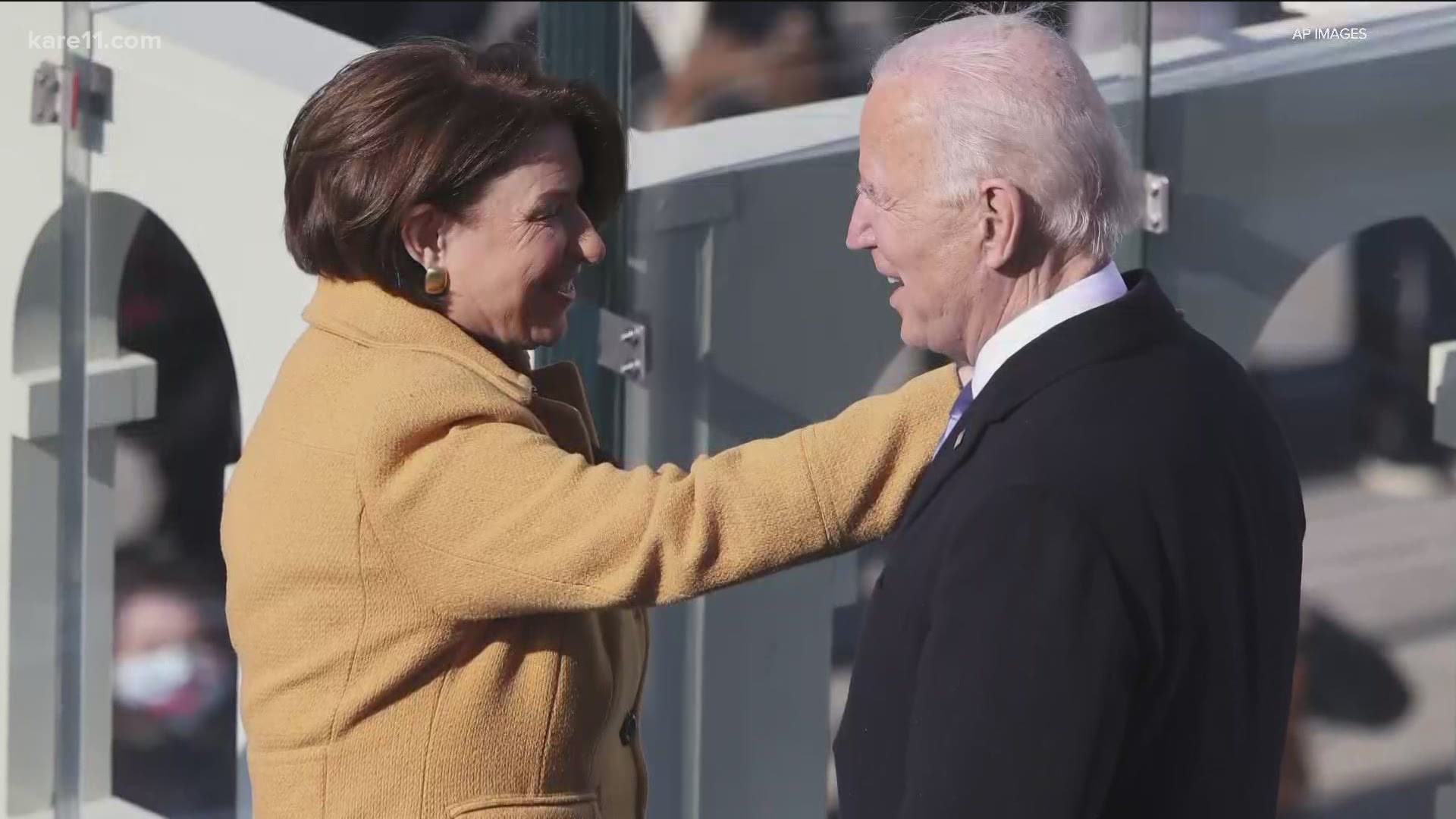 WASHINGTON, D.C., USA — Amid a high profile event, set on the steps of the U.S. Capitol, Minnesota Senator Amy Klobuchar became a stand out member in her own right, serving as host of the inauguration - a duty bestowed on her as the lead Senate Democrat on the Congressional Planning Committee.

"This is the day when our democracy picks itself up, brushes off the dust and does what America always does ... goes forward as a nation under God, indivisible, with liberty and justice for all," said Senator Klobuchar as she delivered her inaugural speech.

Those words resonated with legendary news anchor, Dan Rather, who took to twitter calling the senator's speech a gem.

Her duties didn't stop at host. Klobuchar was also given the honor of presenting the President and Vice President with their inaugural gifts.

"It is our honor to present these custom made crystal vases commemorating your historic inauguration," said Senator Klobuchar to the President and Vice President.

It was a historic moment for the Minnesota senator, met with class and dignity as leaders from both sides of the aisle put aside their political differences for a day of tradition.

"Up on that stage there was nothing but respect. I think we needed the leadership from President Bush there, and Vice President Pence and so many leaders from both parties, I think it makes a big difference for America," said Senator Klobuchar.

A difference Klobuchar says she hopes will shift the focus in Washington on the things she says matters most to the American people.