The games are just kicking off, but COVD-19 is already forcing changes to every aspect of the season. 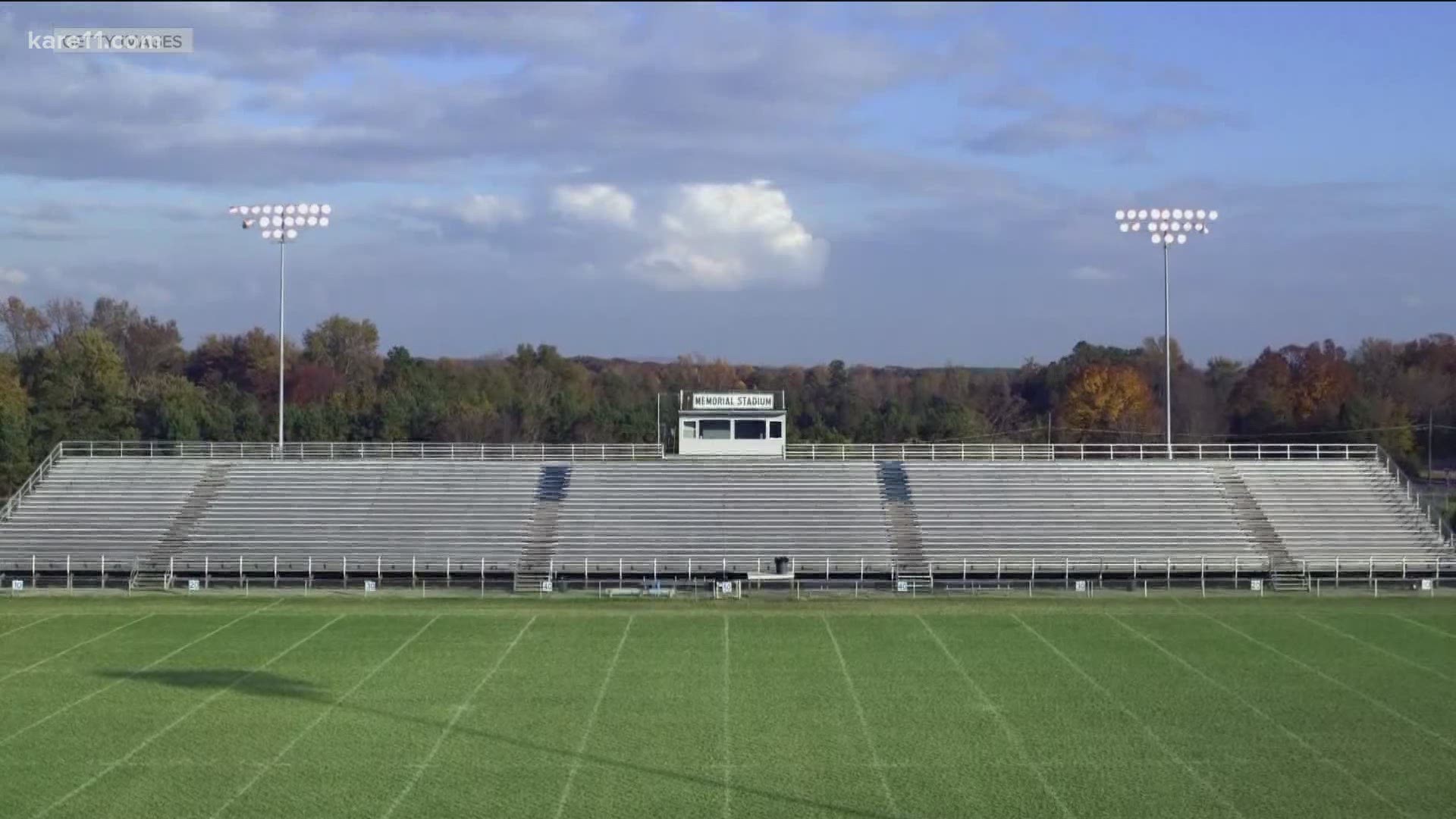 If you want to know the state of the 2020 prep football season in this state ask the guy with 37 seasons to compare it to: KARE11's Randy Shaver.

"It's going to be different," Shaver said. "The only one that's winning right now, that you can give an A+ to is Mother Nature for tonight."

Shaver spoke to KARE 11reporter Kent Erdahl, as he began work on his 37th season of KARE 11 Prep Sports Extra.

Kent Erdahl: "Not everybody knows how much prep you do prep football. A lot of time spent talking to coaches, athletic directors. What are you talking about this year?"

Randy Shaver: "That's a good question. I think I talked to about 75 coaches in a matter of less than two weeks, once the season was back. My first question was, 'Tell me about your COVID protocols on Friday night.' A few of them laughed, and said, 'I have know idea what we're going to do. I think they're all now becoming more comfortable with what they have to do in order to make it safe."

Kent: "People see that the games are kicking off tonight but behind the scenes it's not that easy. At last count, eight games have already been cancelled this week."

Kent: "And just the games themselves have to be figured out. What do we know right now?"

Randy: "We know that there are not enough officials for everybody to play on Friday night, so what you're seeing now is some games on Thursday. You're seeing 10 to 15 to 20 games on a Saturday and that's the way it's going to be. So it's a fluid situation.

"I will say, the most interesting part of this has been, what the coaches have told the players. They've told them, 'It's all up to you. This is your time, so if you go out to parties or you go to the lake and one of you gets COVID, it shuts down for everybody."

Kent: "It's not just the schools that have had to adjust. How in the world do you pull a Prep Sports Extra show off with all the photographers that you have, trying to get these highlights in tonight?"

Randy: "This has never happened before in my 37 years of doing high school football shows on Friday night. I don't know. We're going to be flying by the seat of our pants tonight. Photographers will be editing from outside the building, feeding everything in. It's going to be a scramble because we have a limited number of people actually in the building to pull this off."

Kent: "Every year I've been in there, it's ALWAYS a scramble. You're ALWAYS flying by the seat of your pants and you get through by yelling across the newsroom. How are you going to do that?"

Randy: "Well, I may still have to raise my voice. I'll have a mask on, but social distancing is not a problem because there isn't anybody in there. There's a lot on these guys tonight to help us pull this off, but I know they will. They're all pros. It's going to be fine. It's going to be great because, you know what, football is back. I don't care. I just am happy that we can talk about high school football on a beautiful Friday night."