Tauer won his 200th game last week with a mix of basketball knowledge and psychological know-how. 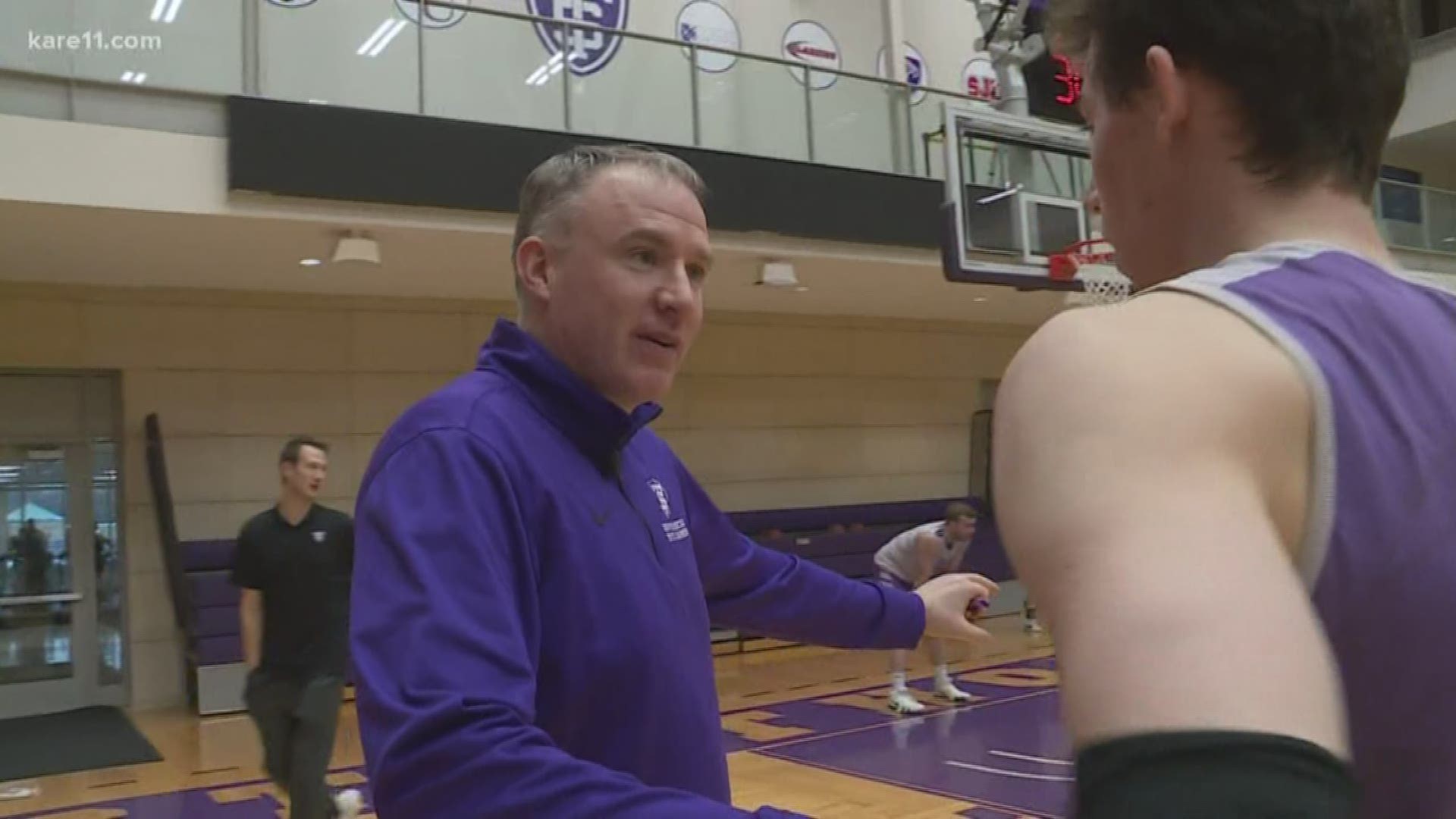 "Day after day we get a little bit better." Tauer says.  "Aristotle says excellence is not an act but a habit."

He's also quite successful. Last week, according to the school, Tauer became the 2nd fastest D-III coach ever to 200 wins.

"I didn't even know about it" says Elijah Hannah, a senior at St. Thomas. "He didn't tell anyone till after the game.

But his modesty can't take away the impressive time line in which he achieved it ... in just 246 games

"We always say coaches get too much credit and too much blame depending on wins and losses," says Tauer. "It's a reflection of all the players and all the coaches and their effort."

His success has spanned 9 years, but Tauer insists wins and losses were never the goal.

"I think the milestones are fun to talk about for other people," says Tauer. "At the end of the day it doesn't change one thing about how we coach to that day."

If Tauer's approach seems a little cerebral it's because he literally wrote the book on kids and sports. He's also a psychology professor and he's got a reputation of bringing the best out of his kids

Coaching their minds just as much as their bodies, Tauer has created players that live for their team rather than themselves

"A lot of that work is done in the recruiting process, says Tauer. "Finding out which players who are willing to score fewer points and be on really great teams."

"One of his main pitches was you're a great player in high school," says Anders Nelson, a Sophomore guard. "We can see what you can do, but when we get great players here, we don't have guys that score 20 a game, we have 3 or 4 guys in double figures. But we win conference championships every year."

And they have been finishing first in the MIAC every year but one under Tauer.

His players think after 200 wins the best is yet to come.