All this cold is caused by a jet stream, and its unusual behavior. 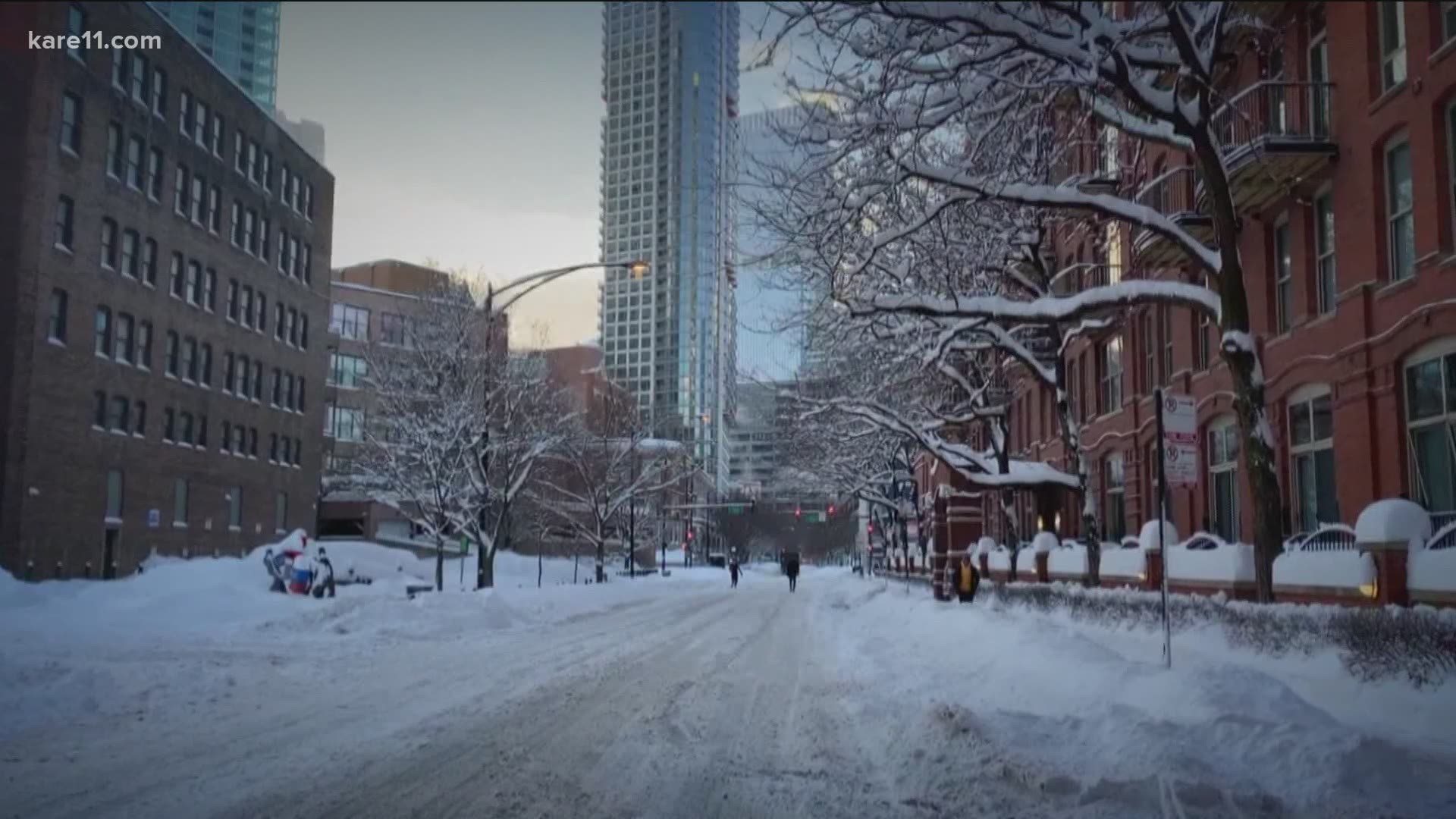 MINNEAPOLIS — Conditions remain dangerous in several parts of the U.S., and to understand the gravity of what this unprecedented weather event means, us Minnesotans might need some context.

Yes, temperatures are cold, and we may be left to think, 'so what?' But it's a much bigger problem down South, especially because this isn't normal.

"Imagine a Minnesotan without a jacket, without gloves and warm shoes," KARE 11 Meteorologist Ben Dery said. "And then walking out in sub-zero weather. That's going to be pretty dangerous. That's what they're experiencing down there."

Plus, infrastructure in places like Texas is not meant for that kind of weather. Homes aren't insulated to the degree Minnesotan homes are. People don't 'winterize.' Therefore, that's putting a strain on power grids.

"Without good insulation for your house, you're constantly running your heater, if everybody in the city is at full blast with their heater, and of course you're going to have these power outages and these rolling black outs," Dery said.

All this cold is caused by a jet stream, and its unusual behavior.

"Around the poles you have true arctic air and surrounding that is a jet stream that behaves like a rubber band," Dery said. "Sometimes it stretches and sometimes it contracts, and at times you get a piece of that arctic air to break off the poles and work its way South. That's what's happening here, and what's wild is just how far South this arctic air mass made it."

Climate Scientist and University of St. Thomas professor Dr. John Abraham says that the warming of our planet is to blame for this 'unusual' jet stream behavior.

"As the Earth warms, and in particular, as the Arctic warms, we are seeing the jet stream undulate more and more, that means it's dipping down further into different parts of the planet," Abraham said. "It's also rising further. As a result, it's becoming more erratic. We're getting bigger swings, from cold to hot, wet to dry, climate scientists think of this as weather on steroids."

Abraham said much of this was predicted, years back.

"This kind of erratic weather behavior was first predicted a decade or so ago, when the first predictions came out, they weren't believed," he said. "But now we can observe changes with our own eyes."

"That's really really exciting, but on the other hand, it's a bit demoralizing," he continued. "Because we know the changes that are going to come, and they are going to have tremendous consequences to society and economy, and that is really scary."

He said stopping climate change isn't realistic anymore, but slowing it down is still doable.

"As individuals we can do two things," he said. "Buy more efficient lightbulbs, you can buy a more efficient car. Another important thing we can do is to talk to our family and friends, and our elected officials and tell them this matters to us. If we can get everyone acting, pulling in the same direction, we can make tremendous progress."

The same system is expected to bring another round of snow and ice into states like Texas, Arkansas, Oklahoma and Louisiana Tuesday night into Wednesday morning.