He nearly died last year from a spinal cord infection, this year, he decided to take it on at full-speed. 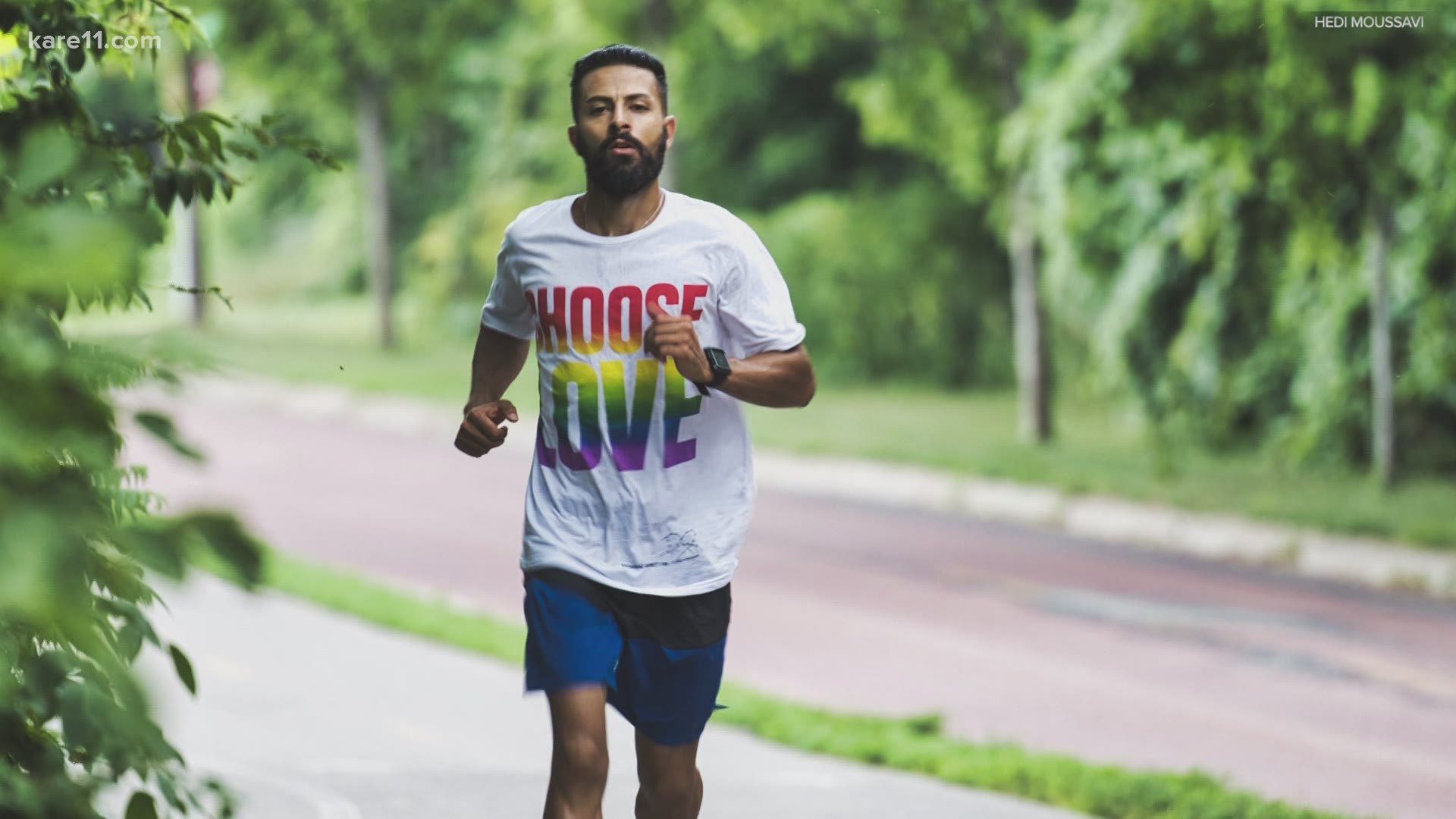 MINNEAPOLIS — If you’ve ever felt afraid to take on a new challenge, or if you’ve ever felt alone or confused, you definitely want to read this story. It’s about finding inspiration in your lowest points and light on the darkest days.

We’re standing in Bohemian Flats Park, in Minneapolis, waiting for our interview. You can see him coming, smile on his face, as he runs, literally, toward us.

“Prior to the end of April I never ran more than probably seven or eight miles consecutively, in a row,” Hedi Moussavi tells us.

These days though, Hedi has become somewhat of a regular on the banks of the Mississippi River.

“Starting mid-May I ran my very first marathon,” he says.

His FIRST marathon. But the fact that Hedi can run at all, well, that's a story in itself.

“In April 2019 I was diagnosed with a really traumatic spinal cord infection,” he explains.

Hedi says the infection nearly paralyzed him and nearly killed him. He spent months in a back brace. Fast forward one year.

“To April of 2020. I said what am I going to do? We're in the middle of a pandemic. I felt helpless and hopeless again and I was like I don't want to feel this way anymore whatsoever. It was in that moment, I just decided, because I was meditating, I was in my heart space, that I was going to run 50 marathons,” he says.

And wouldn't you know it, Hedi followed thru. Once he realized he could accomplish his goal, you know, eight or ten marathons in, he started telling people what he was doing and recording his progress.

"What up people, what up family, what up loved ones. This is marathon 13. I'm about 22 miles in,” he says, in a video posted on Instagram.

Over the course of three and half months, Hedi would get up, just about every other day, and run 26.2, before starting his day job. He didn’t want to leave his three dogs at home alone, so he pushed Bagel and Leo in a stroller, while Ty would run alongside, for the first half of the runs.

And the funny thing about running that far, it gives you time to think.

“I went through a really traumatic thing, but at the same time I was blessed, I was fortunate. I had healthcare; I had a great support structure. Those are basic necessities in life that I believe everyone should have the right to and have access to,” says Hedi.

So, he turned his 50 marathon, marathon, into a fundraiser.

“The Family Partnership" does a great job of providing underprivileged communities in the Minneapolis area with those resources to give that child a fair chance at life,” he explains.

As the miles ticked by, the unrest in Minneapolis grew, so as he approached his final goal, Hedi picked up another reason to run.

“My 50th marathon I fully dedicated to George Floyd to the Black Lives Matter movement,” he says.

On August 28th, he crossed the final finish line. A testament to what the body can do, when the head and heart work together.

“This is just the beginning of my journey,” he adds.

Hedi is matching donations to “The Family Partnership” up to $1,310. That’s one dollar for every mile he ran during his 50 marathons. Here’s the link if you’d like to help. Just put "50 Marathon/Hedi" in the in "In honor of" section.