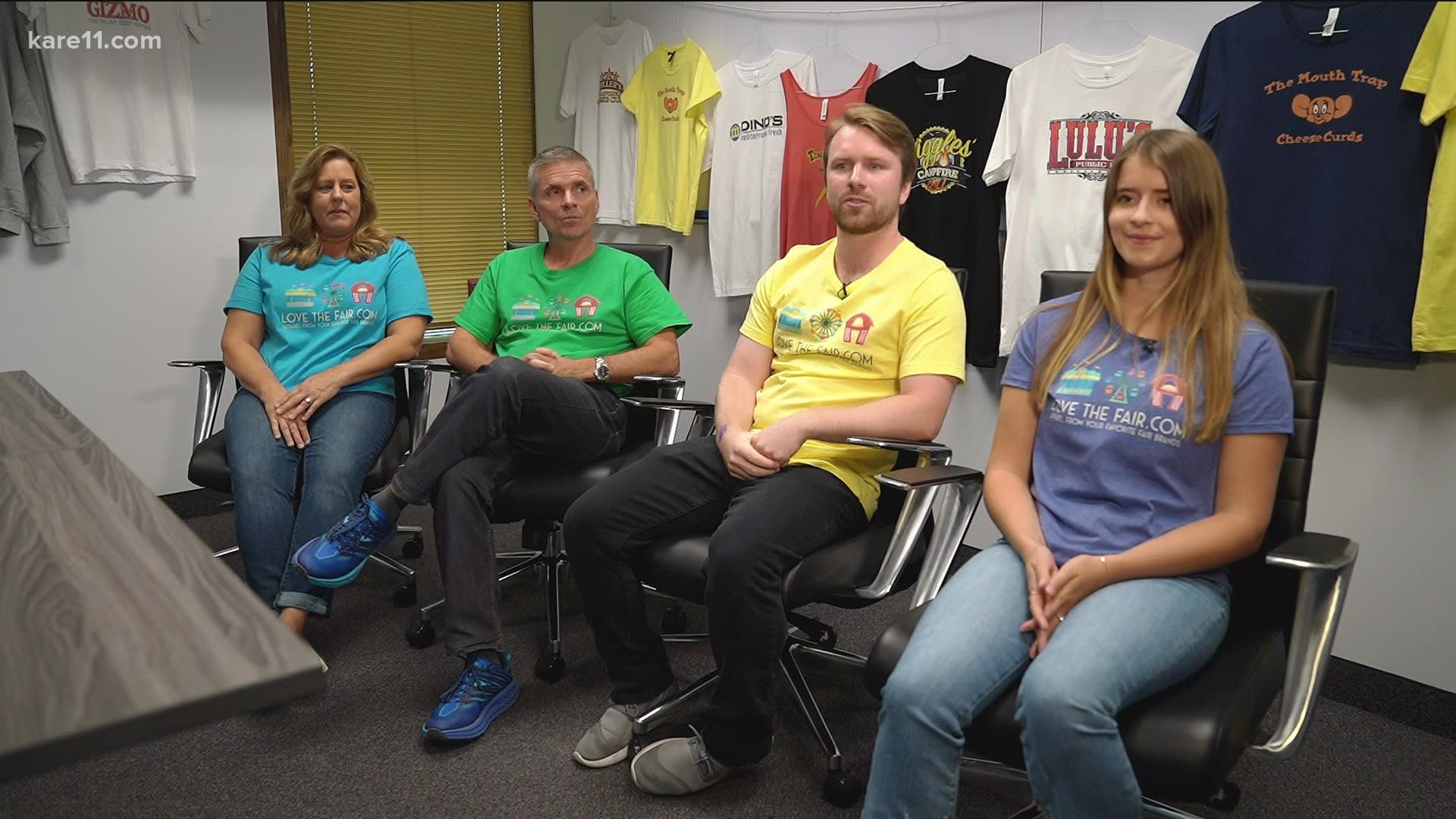 As a kid, Connie Keran lived close to the fairgrounds.

"I'm a fair fanatic. I grew up on the fairgrounds, practically," Connie said. "It's been in our family our whole lives."

"I was asking him for a t-shirt and he said, 'I don't have a license to sell t-shirts and I don't really want to get into the merchandising business. I just want to sell donuts.' And I always wanted a t-shirt from him," Tim recalled.

That gave Tim the idea of an apparel company featuring favorite Minnesota State Fair brands. But it was his son, Sam Keran, who brought up the idea again a couple years later.

"I wanted to kind of move into an entrepreneurial journey with him," Sam said.

The Stillwater family launched Love the Fair in July 2021. They currently have an office based in Roseville.

Credit: Love the Fair
The Kerans outside The Blue Barn at the Minnesota State Fair.

"I wanted the whole business to start in the first place so I took the kind of head role," Sam explained.

Dad Tim took on the sales role, connecting with many of the vendors. Meanwhile, mom Connie focuses on customer service. Sam's younger sister, Danielle Keran, then jumped in on social media.

"I'm 21. I kind of know that a little bit better than they do. Especially my parents when they were first trying to take that role," said Danielle, her family laughing in response. "It was off to a rocky start so I think I really helped with that part."

When Tim started approaching vendors, "We just kept asking and no one said no."

Their latest bestseller is their Pronto Pup apparel which comes in t-shirts, tank tops, long sleeve t-shirts and sweatshirts and hoodies.

Credit: Heidi Wigdahl
Love the Fair is currently a licensed partner for 22 vendors, including The Mouth Trap Cheese Curds.

Love the Fair has a goal of setting up a booth at the Minnesota State Fair next year.

You can buy their clothing year-round on their website lovethefair.com.

The family is also looking to expand to other county and state fairs. 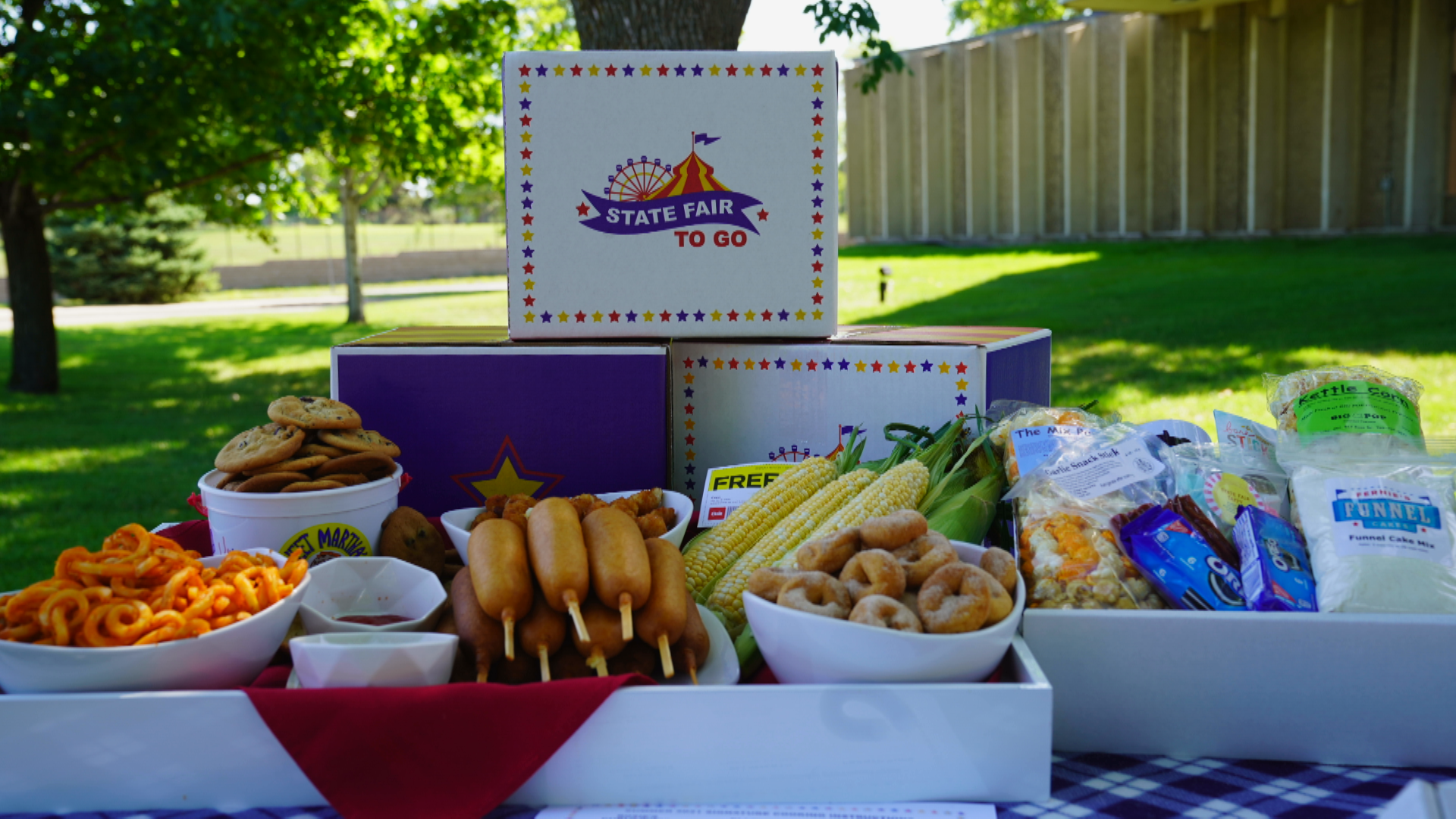 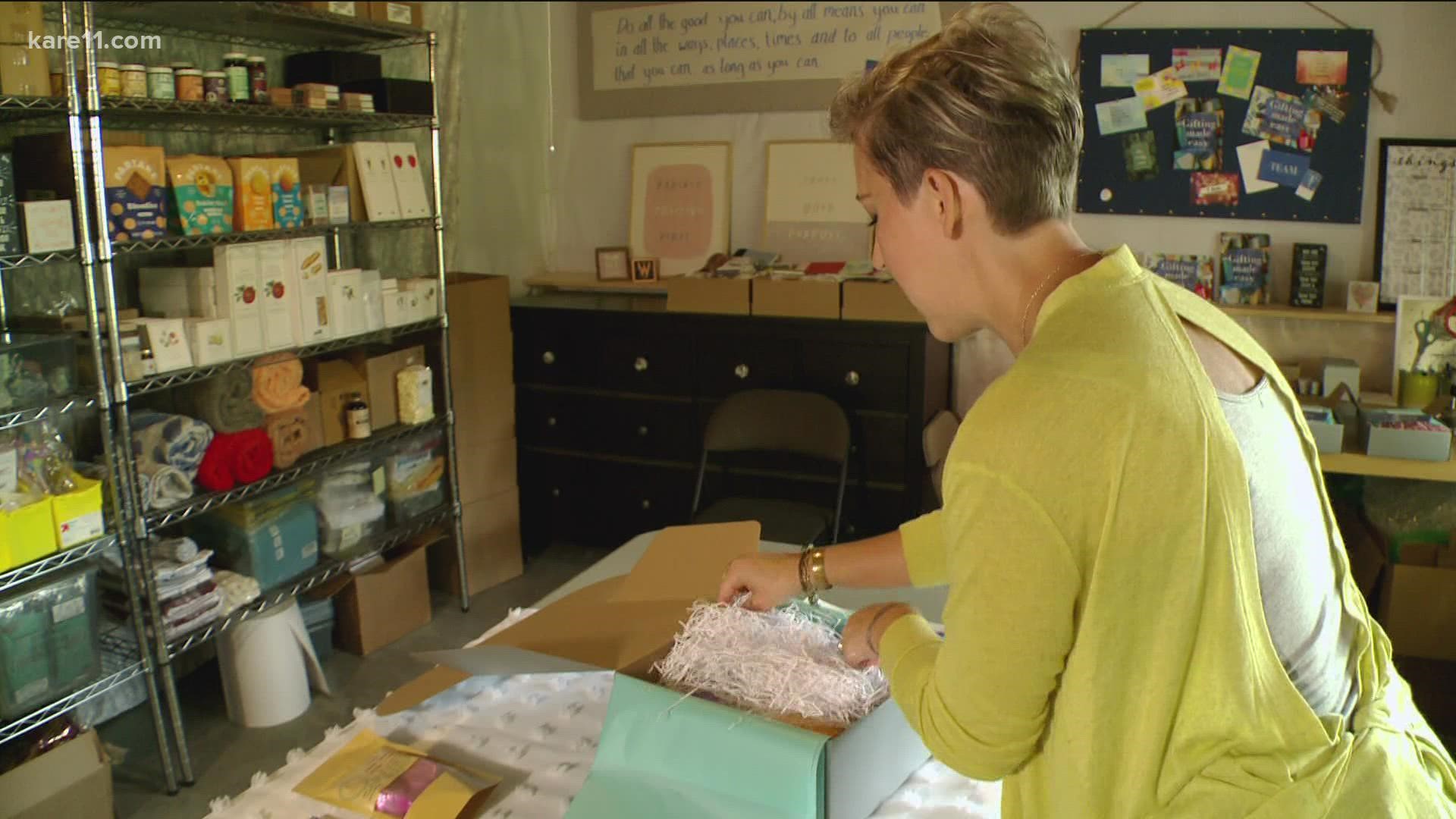