Police say the child, identified by Wilson as Aniya Allen, was shot and critically injured in the city Monday night, the third in just a matter of weeks. 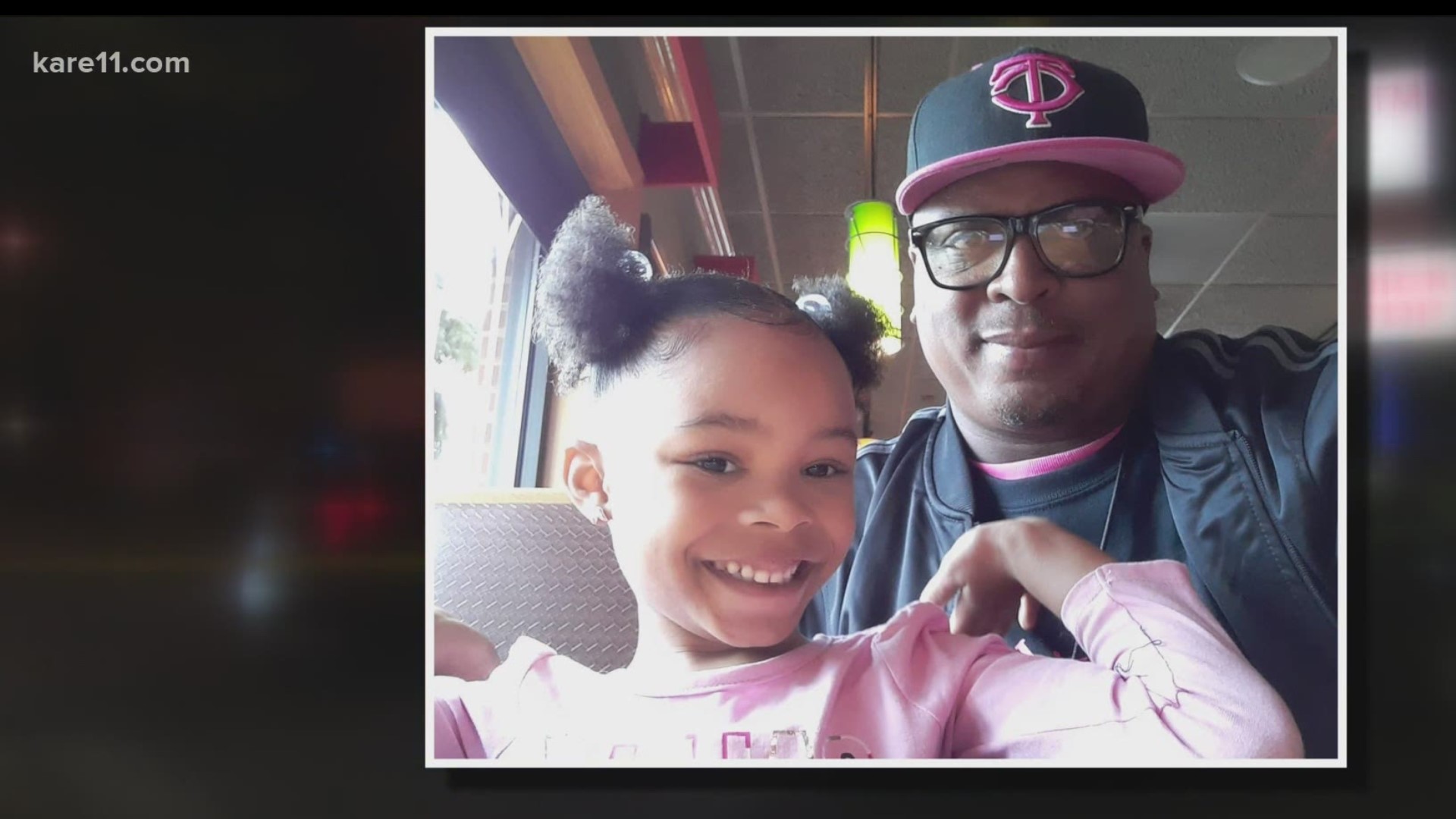 MINNEAPOLIS — Minneapolis police say another child and an adult man were shot in the city Monday night, following a string of violence over the weekend that sent an 8-year-old girl to the hospital Saturday with a gunshot wound to the head.

Police said the pre-teen girl and the man appear to have been shot in the same incident. Officers first became aware of the shooting when the man arrived at North Memorial Medical Center Monday just before 11:15 p.m. in a private vehicle.

"So I’m upset. I’m angry. I did hear there was about 30 shots fired out there. Like I said earlier, I’m trying to put in my mind and my heart that this wasn’t some heartless individual who didn’t care and shot a 6-year-old baby. And that they were trying to shoot someone else and my granddaughter was caught in the crossfire," Wilson told KARE 11's Lou Raguse. "I’m trying to put it in that way, so I don’t see them as being as horrible as I see them right now. Because if they did accidentally did it... they’ve had more than enough time to turn themselves in."

At this time, police believe that shots were fired just after 11:00 p.m. in the 3500 block of Penn Avenue North in Minneapolis' Folwell neighborhood.

Both victims are listed in critical condition.

"My family is hurting. I have done nothing but try to help families for many years," Wilson said. "And the person who shot my grandchild, if you’re watching this, if something had happened to you, I would have been there for you or your family. So if you can find it in your heart to turn yourself in, you could get forgiveness from me."

Wilson and his family aren't the only ones hurting. According to Minneapolis crime statistics the child shot on Monday night was the 20th so far in 2021, and the third in just a few weeks. Violent crime is up overall, nearly 10% from this time last year.

This latest shooting follows three days of gun violence across Minneapolis that ended with six people injured and one man's death. One of the people injured on Saturday was a young girl playing on a trampoline with other children at a birthday party when she was shot by a person in a red four-door Ford.

The child, identified as 8-year-old Trinity Ottoson-Smith, suffered injuries so severe that Minneapolis police officers rushed her to the hospital via squad instead of waiting for an ambulance.

"First and foremost, we need prayer," her father Raishawn Smith wrote on Trinity's GoFundMe page. "All the prayer we can receive. We need God to work his miracles on our baby and bring her home to us."

The first child shot in the recent spike in violence was 10-year-old Ladavionne Garrett Jr., who was sleeping in the back seat of his parents' vehicle near 34th and Morgan Ave. N when a bullet struck him in the head April 30. Community groups have held regular prayer vigils outside North Memorial hospital, where both Ladavionne and Trinity Ottoson-Smith are being treated.

A GoFundMe account set up for Ladavionne has raised more than $52,000 to help his family pay for medical bills.

Police have not said if any suspects are in custody for any of these shootings. So far this year, Minneapolis has recorded 27 homicides.

On Monday afternoon, Minneapolis Mayor Jacob Frey, Minneapolis Police Chief Medaria Arradondo and some members of the city council held a press conference to announce a new model for "community safety and accountability."

"It's been nearly a year since the murder of George Floyd and right now Minneapolis is at a crossroads," Frey said at the news conference Monday. "What's clear is that right now our children's futures are at stake. Our children's lives are being cut short."

Frey announced a series of proposals that have been developed over several months with a focus on a "compassionate approach" to community safety.

According to Frey's office, the proposals address the current spike in violent crime, investment in prevention, intervention and enforcement strategies, and a commitment to "community-led work and deeper partnerships to address root causes of crime."

Frey addressed the ongoing gun violence in Minneapolis and said the "ultimate goal of this continued push" is to make sure every resident, from the north to the south side of the city, feels safe.

Frey said he believes in a "both-and" approach to public safety reform, and that the city needs police. He said Chief Arradondo is engaged on a "crackdown" on violent crime across the city.

The mayor proposed a cross-jurisdictional task force to focus on crime prevention in "hot spots." He also said he will tap federal agencies like the district attorney's office, the FBI and the Bureau of Alcohol, Tobacco, Firearms and Explosives for help with violence prevention.

Chief Arradondo said his department is operating with reduced staff and "cannot do it alone."

"A third of our department is no longer here," he said. "But for the men and women of the Minneapolis Police Department that continue to show up day and night, they deserve our thanks and gratitude."

Pastor Jalilia Abdul-Brown of Shiloh Temple also spoke, and told the crowd on Monday that she has not seen this level of violence against women and children in Minneapolis before.

“Something has to give, and if we want to see change, we are going to have to make change together,” she said. "One person can start a movement, but it takes a community to make change."