The mission to get 25,000 Minnesota students online before fall

The families identified as "highest need" are only a fraction of those without the technology required for distance learning. 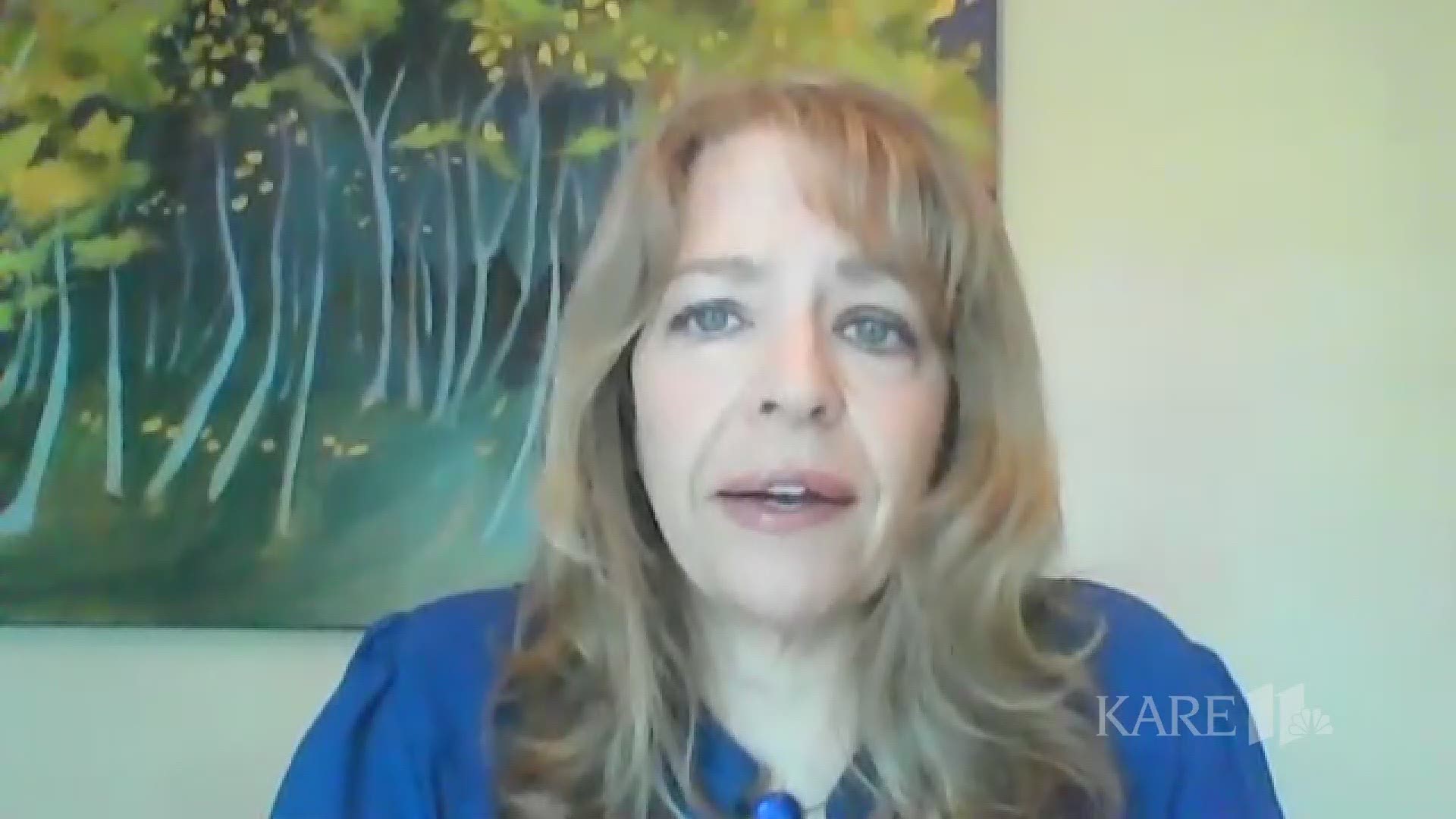 It's a lofty goal. Get internet access and devices necessary for distance learning to 25,000 of Minnesota's most technologically disconnected students by the end of summer.

The ConnectedMN public-private partnership, spearheaded by Gov. Tim Walz, Best Buy and several other businesses and foundations, is trying to do just that.

But the approximately 25,000 people identified by school districts as the "highest need" group are just the tip of the iceberg.

A recent study by Boston Consulting Group and Common Sense looked at the "digital divide" in the U.S. in light of the move to distance learning.

"This is not just about whether or not we have to continue distance learning in the fall," said Andrea Wood, head of Best Buy's Social Impact Team. "This has been a gap that's been going on for a long time. And it's disproportionately affecting kids of color, rural communities, Indigenous communities."

As parents, students and teachers wait to hear the state's decision about whether students will return to classrooms in the fall, there are ramifications for every family. But the highest-need families identified in Minnesota are "disconnected from any sort of services and distance learning opportunities," according to Wood.

When Walz's office announced the ConnectedMN initiative, they said this group of at least 25,000 students is disproportionately made up of students of color, Indigenous students, and those who are low income or living in rural areas.

The most recent numbers from the National Center for Education Statistics, a federal government entity that collects data on education and access, are from 2017. According to that data, nationally 19.2% of Black children have no internet access at home, compared with 11.8% of white children, 17.3% of Hispanic children, and 36.7% of children who identify as American Indian or Alaska Native.

For those who want or need internet access, cost was by far the prohibitive factor, with 38.9% of Black respondents saying it was too expensive, 45.1% of Hispanic respondents, and 23.9% of American Indian or Alaska Native. Of all children who lack home internet, 3.9% said it is not available in their area.

Minnesota ranks 11th in the country for home internet access, with 86.3% of households. It ranks 13th in terms of the physical technology needed, with 92.1% of households reporting a computer or smartphone.

According to BroadbandNow, a data aggregation site with a mission to expand broadband internet access nationwide, Glencoe is the Minnesota city with the least broadband coverage, with just 21.1%. It joins only three other cities with less than 50% coverage: Onamia, Clearwater and Pierz. Minneapolis is listed as 99.4% covered, and St. Paul at 99.5%.

Jeff Davis, a father of three on the southern border of Dakota County, knows the internet problems in rural Minnesota well. He has been using a mobile hotspot to connect to the internet for his three kids' distance learning, along with his own job working from home.

He said the only DSL internet availability for his area is CenturyLink, and the speed is about one megabyte per second due to the old lines in his neighborhood.

"That’s basically like you’re back to dial-up timeframe," he said. "Any kind of streaming, Zoom meetings, any kind of video conferencing isn’t really feasible. Much less a lot of the programs that schools use for distance learning."

Davis said the satellite offerings available to him have maximum plans of 50 gigs per month - which he estimated would last his family about two weeks. Thus, an unlimited data cell plan and a mobile hotspot.

"It’s sufficient now with kids not having to deal with school work and I just use it for work," he said. "And it meets my needs, but if the kids go back to distance learning, that’s where it’s gonna have an impact for the kids."

CenturyLink sent KARE 11 a statement saying, "CenturyLink has made significant investments in our network to bring broadband access to every corner of our service territory, including Dakota County, where it is economically feasible."

The statement said they are working on "creative public-private partnerships" that encourage broadband investment and bring high-speed internet to more homes in Dakota County.

"Sparsely populated areas are difficult for any communications provider to serve due to the costs of building and maintaining the network infrastructure," the statement read.

"Where we live the internet is also spotty," she said. "It goes in and out. We have the difficulty of the sites crashing."

Sam learns mostly from a learning packet, Goodman said, but sometimes he has to go online. She said they try to do that work around 8 a.m. or 4-5 p.m., to avoid connecting at the same time as everyone else.

"I’m hoping they will go back to school in September," she said.

Andrea Wood said ConnectedMN is looking to "get creative" to solve for internet access issues across Minnesota.

"We understand in some parts of greater Minnesota, we can't wait for broadband to happen," Wood said. "We need to think about other short-term solutions to try to get those families connected."

She said Best Buy and the Geek Squad of tech experts, along with partner Comcast and other internet providers, are working on finding other solutions to the lack of internet for these highest-need families.

"There are some technology solutions right now that potentially would help connect families through satellite options," she said. "We may be looking at community organizations or even school buildings where we could create some connectivity within a community where we're not able to get to families within their homes."

ConnectedMN is working with internet providers, including Comcast and CenturyLink, on the possibility of providing affordable or free internet service for the entire school year, Wood said. They are also helping school districts to source devices, some of them recycled, amid a "strain on inventory" with so many daily activities going virtual.

"The goal is free of charge," Wood said. "We don't want to have any barriers to access at this point."

Wood said she has "a lot of optimism" that the initiative can meet its goal.

"I think we can get close to getting those families connected by fall," she said. "But again, I want to say that the need is much greater than that."

ConnectedMN has raised nearly $2 million so far, which will be distributed in grants to schools and community organizations to help accomplish the goal of connecting students to technology by fall. Donations can still be made via GiveMN.

ConnectedMN is a partnership among the state of Minnesota, Best Buy, Blandin Foundation, Comcast, Minnesota Business Partnership, the St. Paul & Minnesota Foundation and other businesses.

RELATED: State teams up with businesses to get MN students technology, internet access