The end of statewide restrictions will come in three steps, and Minnesota's mask mandate will end no later than July 1. 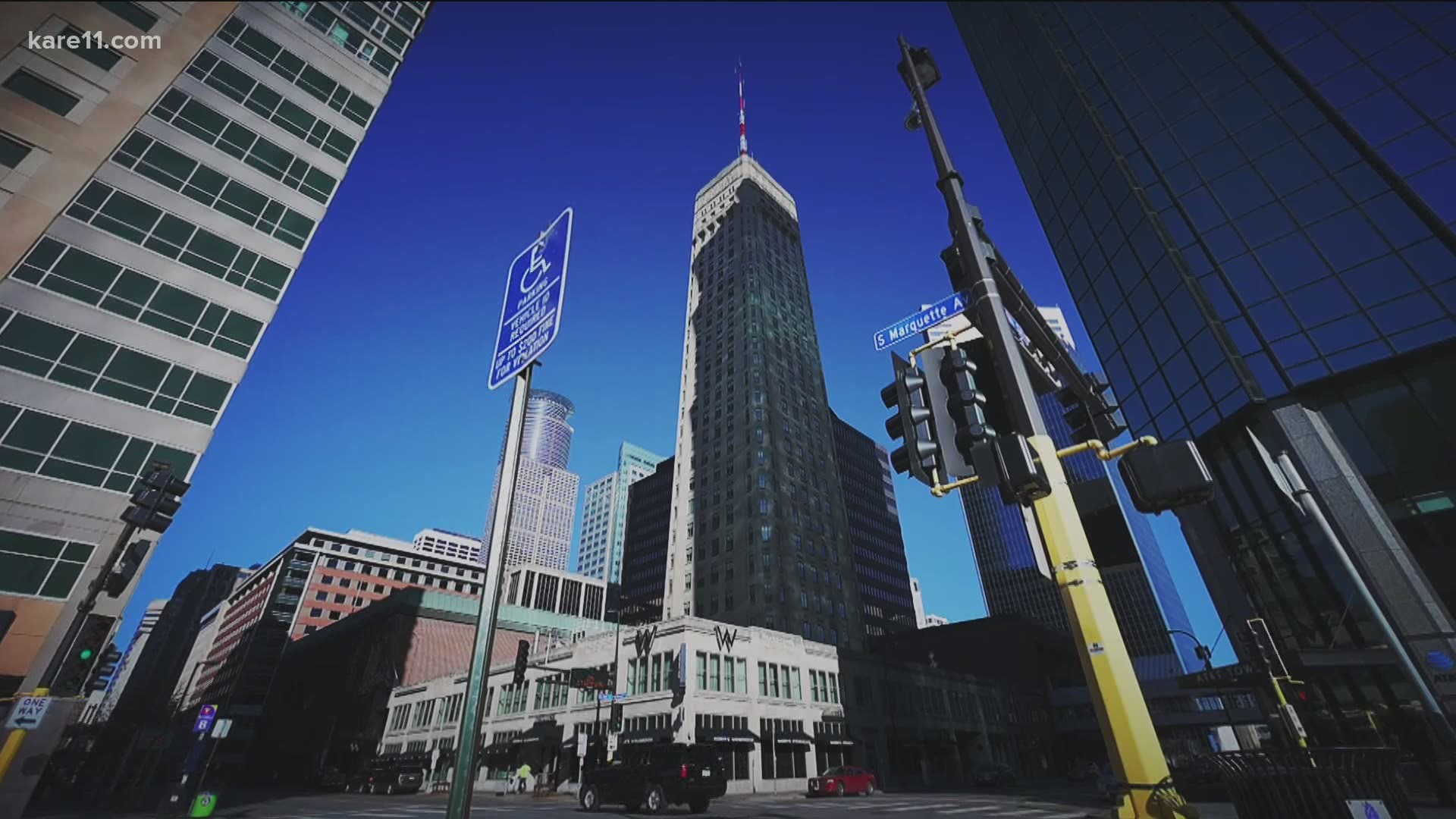 ST PAUL, Minn. — Governor Tim Walz on Thursday revealed a three-step timeline for ending nearly all statewide COVID-19 restrictions by May 28, and also set thresholds for scuttling Minnesota's mask mandate by July 1 at the latest.

Here are the guidelines set by the Walz administration and state health officials.

Step one - noon, May 7: Includes initial steps to relax some restrictions, primarily in outdoor settings.

Step two - May 28: Remaining capacity and distancing limits come to an end, including for indoor events and gatherings. Requirements that remain include:

“Our nation-leading vaccination effort has put us in a strong position to safely transition toward life as we used to know it,” said Governor Walz in a statement. “The pandemic is not over and we have work to do. But from the State Fairgrounds, to doctor’s offices, to retrofitted Metro Transit buses that deliver vaccines where they’re most needed, Minnesotans now have more opportunities than ever to get the vaccine when and where they want to. As cases recede, more people get vaccinated every day, and vaccines are readily available to all who want it, we can now confidently and safely set out our path back to normal.” 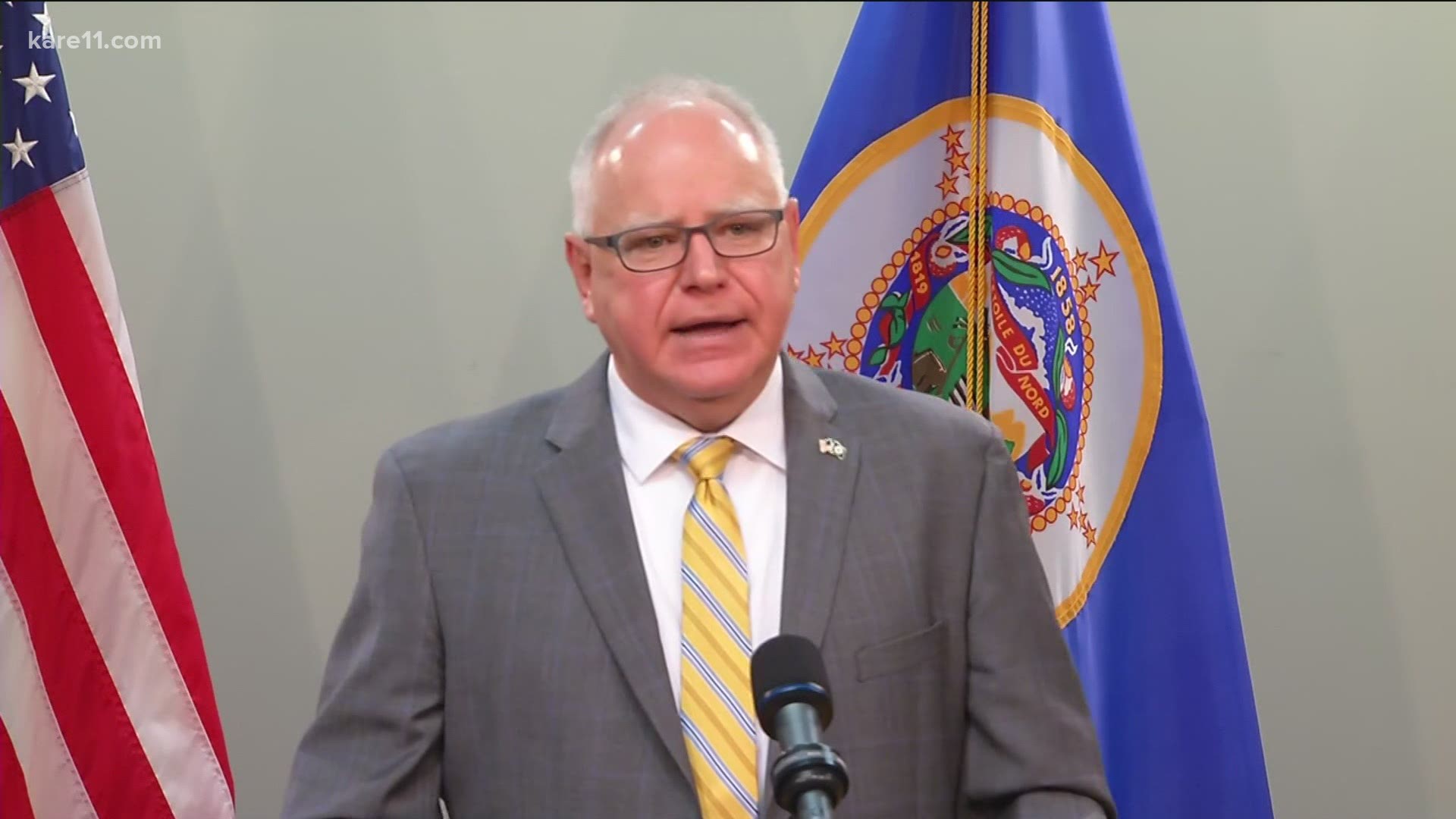 During a press conference Thursday afternoon, Walz addressed some of reasons behind loosening the restrictions, and highlighted the state ranking first in the nation in COVID-19 vaccination distribution. More than 2 million Minnesotans have been fully vaccinated.

"We've asked much of you. We've followed the science. We tried to strike a proper balance," said Walz during the news conference." We tried our best to get this right with the intention of saving lives, preserving hospital capacity and striking the proper balance."

A statement from House GOP leadership calls the ending of restrictions "too little, too late," and blasts Walz for maintaining his emergency powers.

“For more than a year, I have been working with the hospitality industry to try and engage the Governor’s office on a roadmap to safely reopen Minnesotan,” said Rep. Dave Baker (R-Willmar) in a released statement. "Time and time again, our efforts fell on deaf ears. Finally the Governor seems to be listening — at least to the large venues and sports teams — but it's too little too late for many businesses who have been asking for certainty and a seat at the table for months."

Senate Majority Leader Paul Gazelka also criticized Walz's announcement by saying the loosening of restrictions is "not good enough and not soon enough."

In the statement, Gazelka continued to say the emergency is over and that the mandates should end immediately.

My reaction today is simple: Not good enough and not soon enough. The emergency is over and the mandates need to end.

I said in January, when the vaccines were available to young, healthy people, the emergency is over. We’ve been there for weeks. It’s about time the Governor recognizes that vaccinations were the key. And while Minnesota stumbled mightily out of the gate to vaccinate the most vulnerable, we now have an abundant supply and appointments.

Senate Republicans have already passed legislation to safely open businesses and venues with a COVID plan in place, we don't need to wait until Memorial Day.

We also provided an off-ramp to end the eviction moratorium and passed a bill to prevent one-man control from happening ever again.

This announcement won’t allow for kids to finish the year with normal graduations and celebrations like prom, or allow normal participation in sports and activities. It’s too late for many to find summer camps and plan vacations in-state. Outdoor spaces are still limited by distancing despite all the evidence that the outdoors is safe. A "normal" summer is still a long way off.

The Governor continues to lead alone, ignoring our suggestions and the suggestions of the businesses and medical community to find any compromise- especially on the mask mandate. This does not make our job at the Capitol to pass a balanced budget without raising taxes, and on time, any easier.

"As millions of Minnesotans are getting vaccinated, Governor Walz is making plans to wind down COVID-19 restrictions and get Minnesota back to business as usual," said spokesperson Teddy Tschann.

BELOW: Gov. Tim Walz answers questions about the timeline for reopening

Walz also spoke on "doubling down" on vaccination efforts.

"Those of you who are out there — especially younger people — who said, 'You know what, let's let the vulnerable get theirs first, I don't need to be in line in front of them. Let my grandparents get it first. Let those who have underlying health conditions. Let's wait until it's our turn.' It's your turn." said Walz. "If you're out there right now, and you're 16 and above, get your vaccine."

Business owners were eager to learn more. Nicole Christianson, the founder of Live True Yoga, can only have about nine people in one space at a time due to capacity limits. Instructors are wearing masks, as well as headsets, to livestream classes to people at home simultaneously.

"I'd have a huge celebration if we were able to have more people in studio," she said. "I can't emphasize enough how important that would be, not just from a financial standpoint to get more people back here, but also just from a community connection standpoint."

During a question and answer portion of Thursday's media availability, officials said that indoor fitness centers will increase to 50 people starting Friday, May 7.

Minnesota Department of Employment and Economic Development Steve Grove discussed the impact and the upcoming recovery during Thursday's press conference.

"While today is a milestone, the journey isn't over," Grove said. "We have an economic recovery ahead of us, and we have got to make sure that that economic recovery is inclusive, that it creates jobs for all Minnesotans, and that we reskill our jobs for the economy of the future."

Walz declared a peacetime emergency in March 2020 due to the pandemic. The peacetime emergency declaration gives him extended powers, allowing him to make decisions for the state to slow the spread of COVID-19 without input from other elected lawmakers.

State Republican lawmakers have pushed back against the governor's peacetime emergency powers since he first made the declaration.

Walz's announcement comes after saying earlier this week that this year's Minnesota State Fair could be close to "normal."

"We’re excited by today’s news regarding the easing of COVID-19 restrictions, and we’re continuing to move forward with State Fair preparations. More information on the Great Minnesota Get-Back-Together will be shared in the coming weeks," a spokesperson for the State Fair said in a release.

RELATED: Senate votes to limit Walz orders to one month

RELATED: 'Kickoff to Summer at the Fair' event announced

#TogetherAgainMN: As Minnesota reopens and we’re able to safely get back to the people and places we love, we’re asking you to share your experiences with us. Send us photos and videos of you and your family getting back to baseball games, birthday parties, kids with their grandparents…the things you’ve missed over the last year. You can submit via the KARE 11 app or by texting 763-797-7215.