Minneapolis establishments will get creative after bartop closure

With bar area closed, local establishments in Minneapolis will need to serve their customers at seated tables. 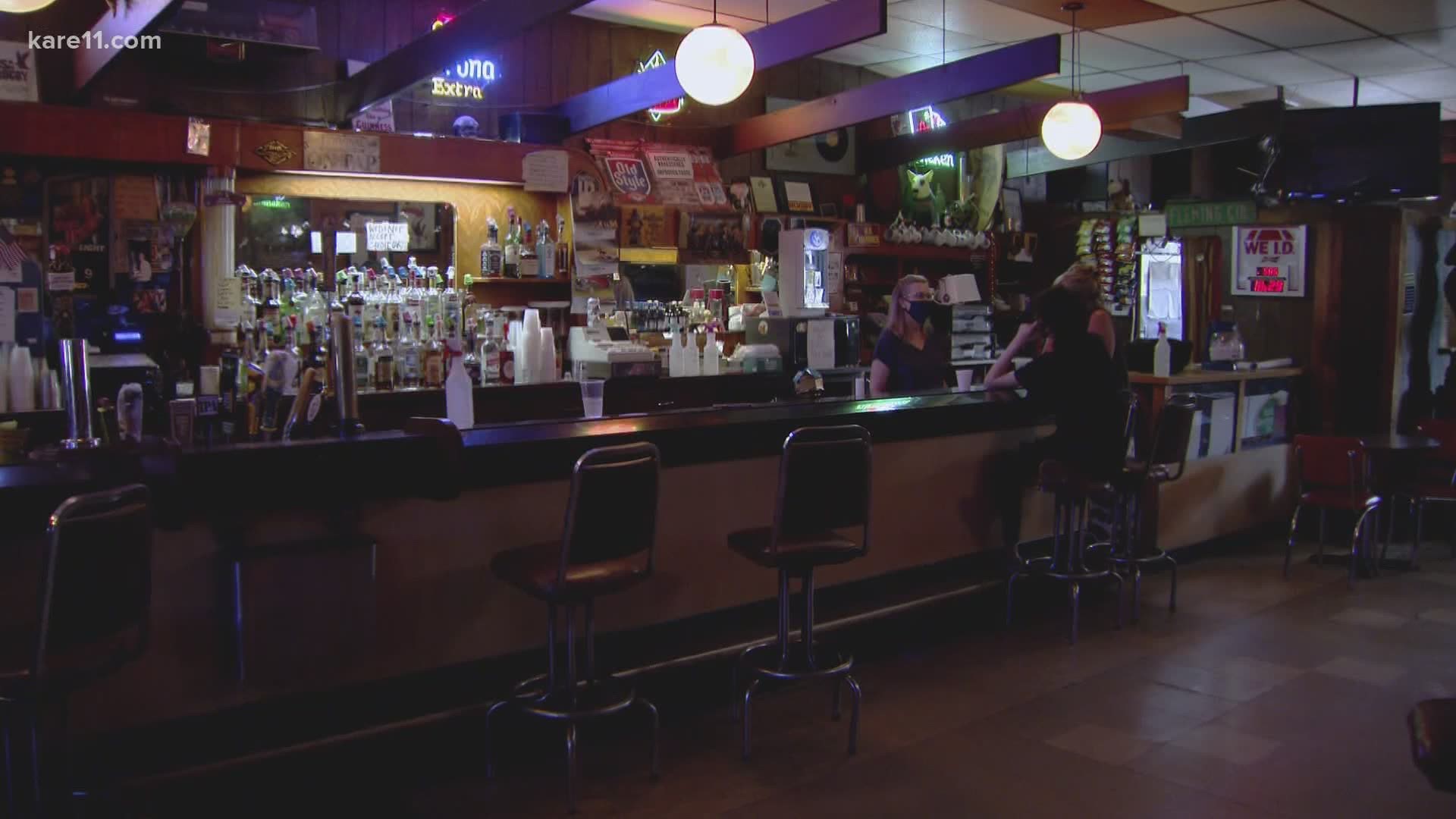 “Right now,” Krause said, “I’m not surprised by anything.”

But he’ll adjust – just as he did back in March when dine-in service closed entirely at his Northeast Minneapolis establishment at the start of the COVID-19 pandemic. Now, with the mayor allowing only seated beverage and food service, Krause will continue to push customers toward high-tops and outdoor patio space.

“There’s no other way out of it, other than to follow the protocol,” Krause said, “and have the neighborhood do the same thing.”

Down the street at The Terminal Bar, the mayor’s announcement left Joe Fleming a bit more confused. His family has owned the establishment for 88 years, and unlike their neighbors at Stray Dog, they run a self-described dive bar without any outdoor space.

“I still don’t understand,” Fleming said shortly after the announcement, “why we can’t have people at the bar.”

Fleming’s family re-opened from COVID just three weeks ago, following a major renovation. They now offer hand sanitizer to customers and say they have not experienced any issues so far; in fact, almost everyone has worn a mask, with only two people needing to be provided masks before sitting down.

“I always knew, when this thing started, that it was going to be fluid,” Fleming said. “So, I guess we just gotta change whatever Jacob Frey or Governor Walz says.”

The mayor’s office says nine Minneapolis bars have been tied to COVID-19 outbreaks among customers, with the median age of the cases just 24 years old.

“A night out at the bar, is too often leading to nights in the hospital,” Frey said.

But the regulation will undoubtedly deliver another blow to restaurants and bars – places that are already reeling from the financial consequences of the pandemic.

“I don’t know how much longer we can keep this going because of the expenses we have to pay,” Fleming said. “Take it day-by-day.”