They're working with the hypothesis that it is a "megacryometeor." 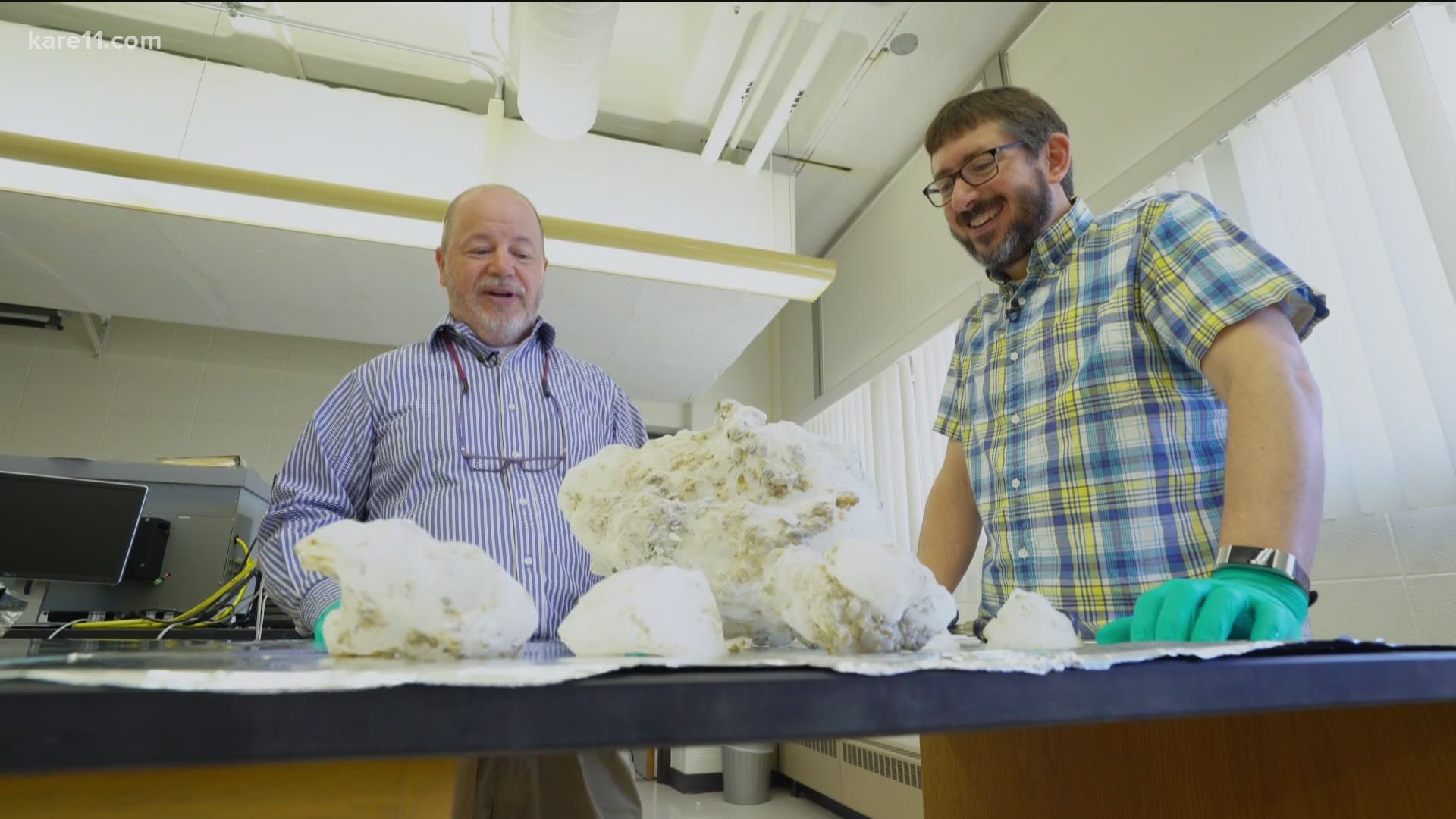 "Boom, this object comes out of nowhere through our ceiling," Ken Millermon said last Friday. "Darn near hits me, misses me."

Millermon said he was getting his morning routine started when the ice chunk landed inches away from where he was sitting on his bed. That incident left both him and his pup, traumatized.

However, wanting to know what exactly the ice chunk was and where it came from, Millermon kept the chunk in his freezer. Just a few days after the incident, University of Wisconsin Eau Claire's chair of chemistry, Dr. Jim Phillips, went to pick it up for analysis.

This Friday, Dr. Phillips and Dr. Jim Boulter, who is also a part of the team working to analyze the ice chunk were able to give us the direction in which they were headed, in terms of research.

"Well it's a big chunk of ice," Dr. Boulter said with a laugh. "That's for sure. Right now it's heavily contaminated with insulation and materials from this poor gentleman's house. But apart from that, the most likely answer is a Megacryometeor - if you want to put labels on it."

According to Wikipedia, "a megacryometeor is a very large chunk of ice which, despite sharing many textural, hydro-chemical, and isotopic features detected in large hailstones, is formed under unusual atmospheric conditions which clearly differ from those of the cumulonimbus cloud scenario (i.e. clear-sky conditions)."

"It's going to take some extraordinary conditions in the upper part of the lower atmosphere, which we call the troposphere, to form this thing very quickly so it can drop," Dr. Phillips said.

"Despite the fact that maybe a dozen of these fall every year around the world, literally in countries all over the world, there's really not a good explanation for how they form," Dr. Boulter added. "Just that they hit the ground real hard."

Like, really, really hard. Like at estimated terminal velocity of 150 miles per hour. Lethal to say the least.

"There's probably a bunch of other of these things that have fallen into the woods somewhere, or the ocean," Dr. Phillips said. "Most of them probably fall undetected, but this was interesting in that it landed right in the center of a very small community."

Horrific, especially if it came through your ceiling. However, for researchers like Dr. Phillips and Dr. Boulter, it's a rare opportunity to dig into what they're calling the UFO of atmospheric sciences.

"If this thing is what we think it is, it's really all ice," Dr. Phillips said. "And maybe chemically uninteresting, a lot of chemical tests we want to do is to find out there aren't things in it."

Basically it will be a process of elimination to make sure this chunk didn't come from outside of a plane, or from the inside of it. Despite many guesses from the public, both the professors didn't think it was 'blue ice,' or frozen excrement from a plane.

Both the professors also agree that it's exciting to be able to work on an odd project together again, after more than a year of being separated.

"Most of that stuff we do is straight and narrow, mainstream stuff that we understand doesn't necessarily have that kind of appeal," Dr. Phillips said. "And this block of ice falls out of the sky and it's like here we are - we can use this stuff to do something interesting and random. It's more of that discovery, the stuff that got us interested in science at a young age."

The professors said they may have more answers by the end of this summer in terms of confirming whether the ice chunk is a megacryometeor.