'Greenie' the sunfish waits by the dock for Holly Jorgensen, swims with her and jumps out of the water for treats 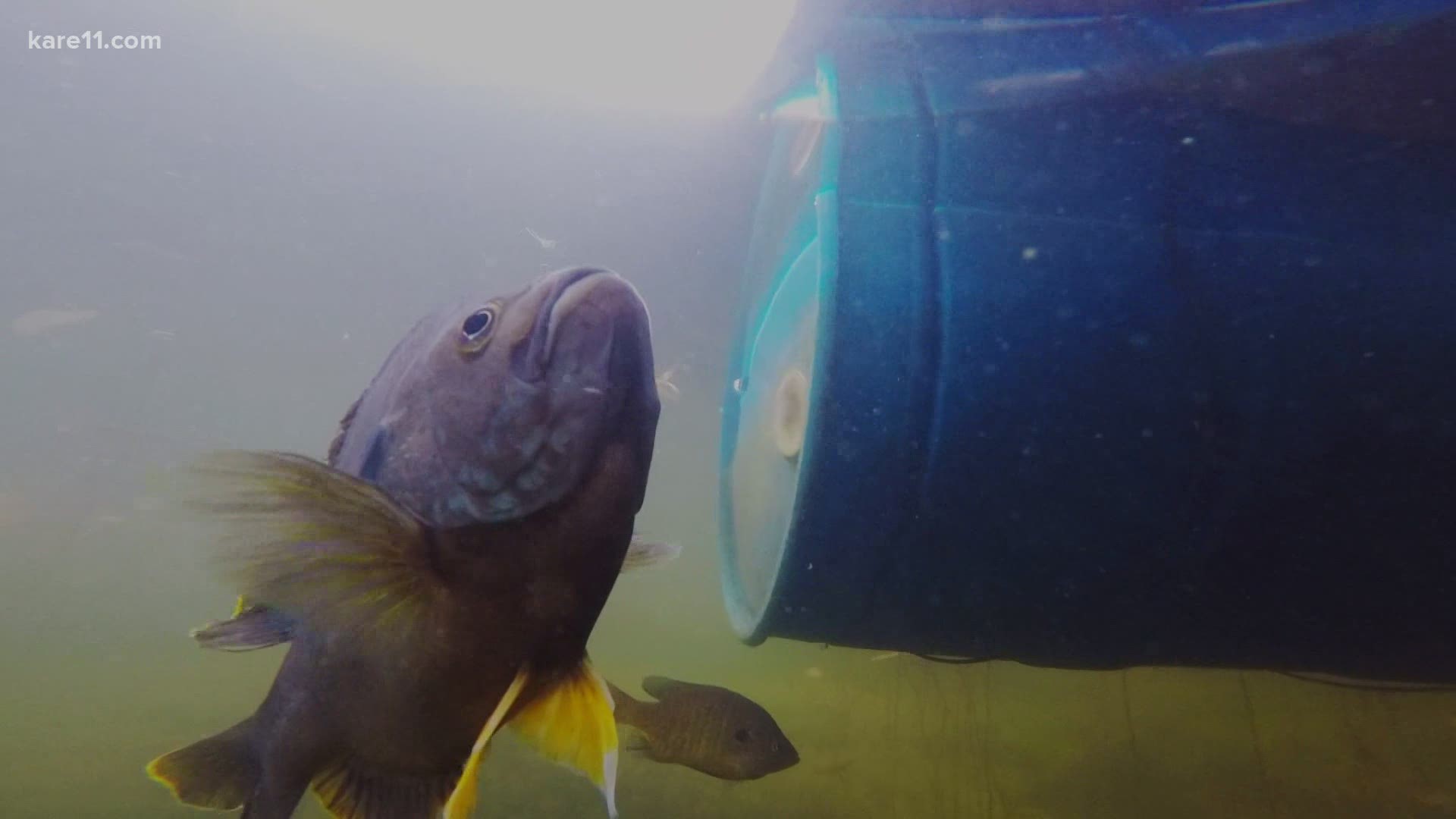 Most Minnesota encounters with sunfish come at the end of line.

Holly Jorgensen has encounters of another kind.

“Digging for worms for a treat for Greenie,” Holly says as she scoops up soil with her shovel.

Clasping in her hand a wiggly bowl, Holly walks onto a wobbly wooden dock while scanning the lake around her.

A sunfish looks up at Holly from a few inches under the water.

“Hi sweetie,” Holly says, greeting Greenie. As much as a fish can show emotion, the sunny seems pleased to see her.

Holly puts her hands into the water. Other fish dart away. Greenie comes closer.

Holly wasn't looking for a pal when she first locked eyes with the green sunfish just off her dock.

“But he looked at me like I've never had a fish look at me,” she says.

Holly holds out one of the newly harvested worms.

“Can you jump?” she asks Greenie.

Moments later, he complies, coming up from the deep to jump for Holly’s treat.

“He sure does seem like a special fish,” Holly says. “He just acts different from other fish.”

Even before Holly began serving snacks, Greenie would be waiting at the dock when she arrived for her daily swims.

“Why he in particular recognizes me and looks at me the way he does and follows me around, I don't know. But it's wonderful,” Holly says.

Each spring Holly waits for ice out. For five straight years Greenie has been back at the dock when open water returns.

“And I go, ‘Wow,’ he made it through another winter,” Holly says.

Greenie isn't alone in the lake. A smaller sunfish Holly named Spot used to tag along with Greenie. Then, a bass named Slim became a frequent Greenie cohort.

But only Greenie seems to enjoy the chin rubs Holly regularly administers.

Greenie is large by sunfish standards, large enough the fill a medium size frying pan. For obvious reasons, Holly asked that we not divulge the location of her lake.

“Actually,” she says, “last Friday night, he showed up and he had a hook in his mouth, and my heart just sank.”

Holly held Greenie in her hands as she gently pushed on the hook.

“And I just very, very, carefully backed it out and put him back in the water,” Holly says. “And then we were both relieved.”

When Holly swims to the other side of the lake, Greenie has been known to tag along.

Often, she lingers in the water, shoulders-deep, near the dock, as Greenie swims around her.

“People complain about no entertainment, no movies, no bars, no restaurants, I could care less,” Holly says. “I've got this.”

So enamored is Holly, she wrote Greenie a poem.

“To have a friend who's not like me is to swim in the sky and fly in the sea,” Holly recites.

She titled the poem Diversity.

“It's entering someone else's world,” she says.

Holly has also written a book recounting her adventures with Greenie and other musings about life on her lake.

For many Minnesotans, sunfish remain a nice catch.

But in the most stressful of years, Greenie gives Holly Jorgenson her release.

RELATED: Man who paid $75 for Chevy truck 44 years ago, just sold it to prior owner's grandson for $75

PHOTOS: Land of 10,000 Stories: Friends with a sunfish 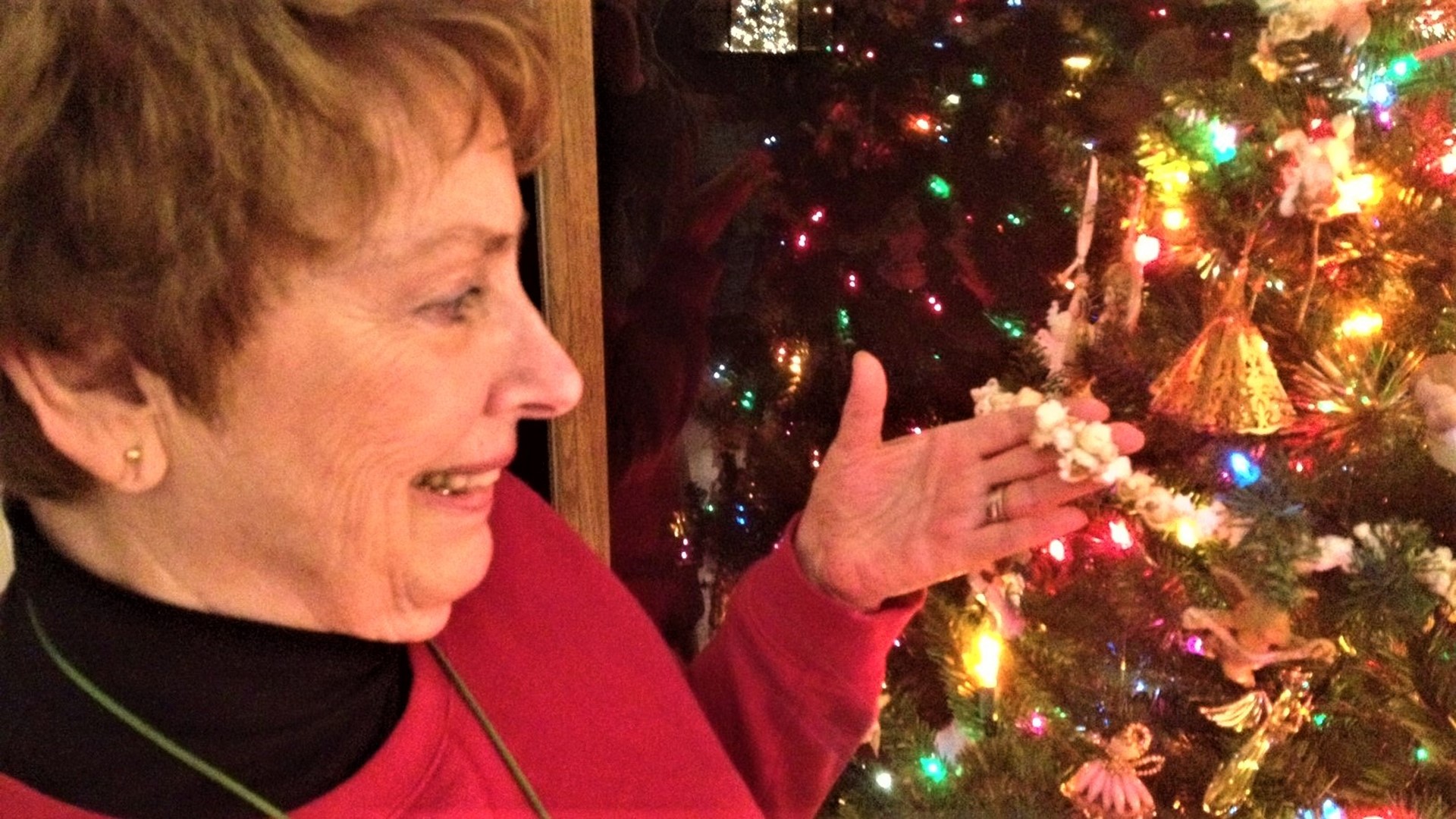