She creates video game super heroes, but Jules Porter could be a Wonder Woman herself. 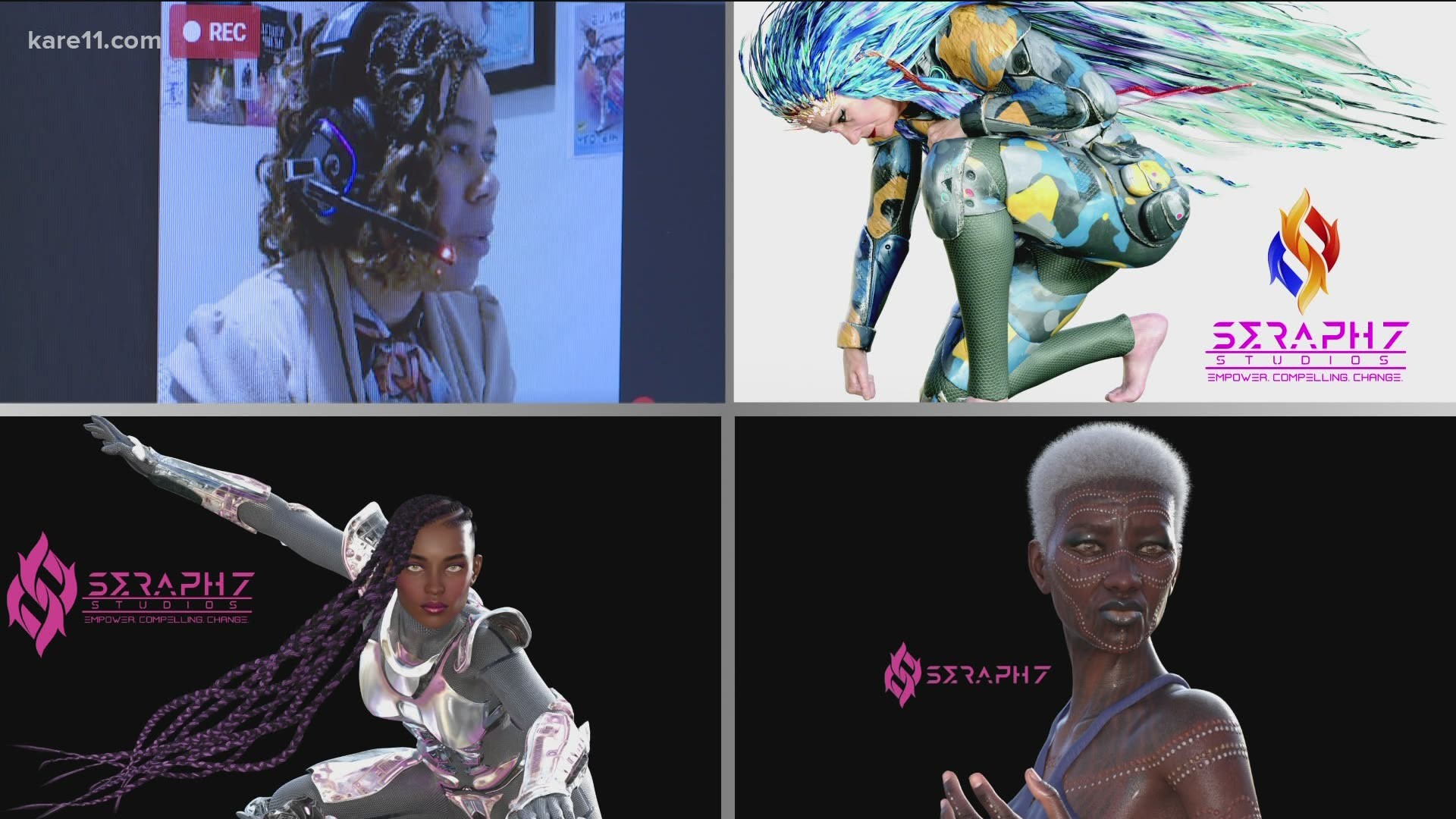 This is the home base of Jules Porter, who is developing a video game that she hopes will create a paradigm shift.

"I actually believe that video games have a lot to offer when it comes to what we can do with social justice, how we can build empathy in one another," said Porter.

She explained, "In video games you actually play through the shoes of another person for like 60 to 100 hours. You get to see how your experiences shape the world, how your decisions kind of transform things and how people respond to the character as a result."

Porter's conclusion is straightforward, but how she got there is like a complex story arch.

The native Minnesotan developed a passion for gaming early on, starting as a child. "So, 'Super Mario Brothers 2' was when I could actually play as a female character and that was amazing for me. It was revolutionary," Porter reminisced.

First she attended college at Florida A & M University, then she joined the Marine Corps and served in Japan.

Finally, Porter made it to Rome where she was studying law. One day, inside a cathedral, she found enlightenment. "I knew exactly where I was. I knew what things were called, kind of brick by brick, and I realized that I learned this by playing a video game called Assassins Creed Brotherhood. I was able to learn my way around ancient Rome and that's when I realized, this is a really powerful covert teaching mechanism and we can really use it to build empathy in one another," recalled Porter.

Filled with new focus, Jules started developing Ultimate Elder Battle Royale,  a game to dismantle racism and sexism while empowering BIPOC youth. "My goal is to have positive representation, so that kids like my nephew who is 12, are able to pick up a game where they are hero in the game." said Porter.

Her first character, Jai, is armed with samurai swords and killer style.

"I wanted little Black girls especially to see a little bit of themselves in her. And of course, Black women are really expressive with our hair. Our hair is very important to us," explained Porter.

But, the game is centered around a seasoned multicultural team. Porter enthusiastically went into detail saying, "The whole goal in my first game is to have super power elders. So these are folks who are like retired, but they still have their superpowers and they're still out there trying to do their thing."

The characters are really personal for Porter. Many are designed to resemble family. Still, the game is meant to be meaningful for groups who are often marginalized.

"I do feel every day that I'm working for something that truly matters, that's really going to uplift the community, and uplift our kids," said Porter.

The game is on track for a 2021 release, even with Jules practicing law in Dakota County and leading an advance STEAM work study program for students.

In the program kids will learn how to storyboard, research, do scripting, 3D modeling, animation and learn the architecture involved in video game development.

When it's all said and done, these students will be trained for entry-level video game jobs.

Porter will get some much needed help to continue her mission to not only help these kids, but to accomplish her game goals. American Express and I Fund Women are honoring her with a $25,000 grant.

Find more information on Seraph7 Studios at the company's website.