A press release says the City of Minneapolis will not put sprinkling conditions in place yet, but will put measures in place if the drought worsens. 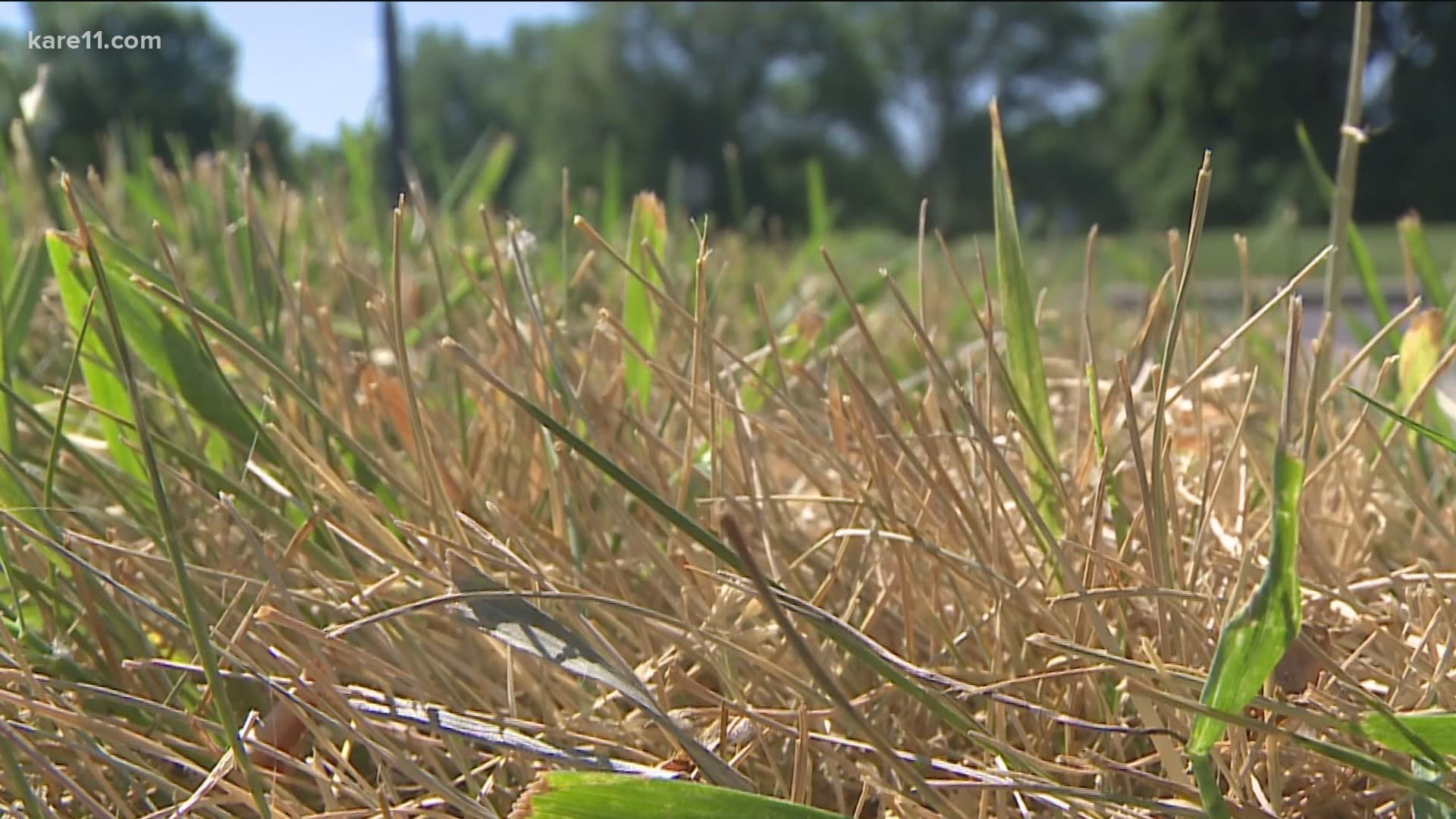 MINNEAPOLIS — Megan O’Mera owns a home in south Minneapolis. When it comes to maintaining her yard, she says, “it’s a work in progress.”

“Everything is just brown,” said O’Mera. “We try to be careful, but I will say we just put in sod this summer, so we have been watering the backyard.”

But that may soon change. The City of Minneapolis announced possible water restrictions as drought conditions continue. According to the Minnesota Department of Natural Resources Drought Action Plan, the city is currently under a drought watch.

"This is much more dramatic and impactful this year," said KARE 11 Meteorologist, Laura Betker.

"It's the first time since 2013, where we’ve seen an extreme drought in this state," said Betker.

While it will take 2-5 inches of widespread rain in a two-week period to help end the drought, Betker has advice for people looking for tips, like O’Mera.

"It's OK to let your grass grow brown, it’s not dying, it will start to grow again when we get colder weather and consistent temperature," said Betker.

A press release from the city suggested that people seeking ways to conserve water:

According to the release, Minneapolis is not putting sprinkling conditions in place yet, though it will put measures in place to reduce water use if the drought worsens.

To learn more about current drought conditions in Minnesota, visit the website here.