Demonstrators gathered in the area where deputies shot and killed a man after the BCA says he fired his weapon. 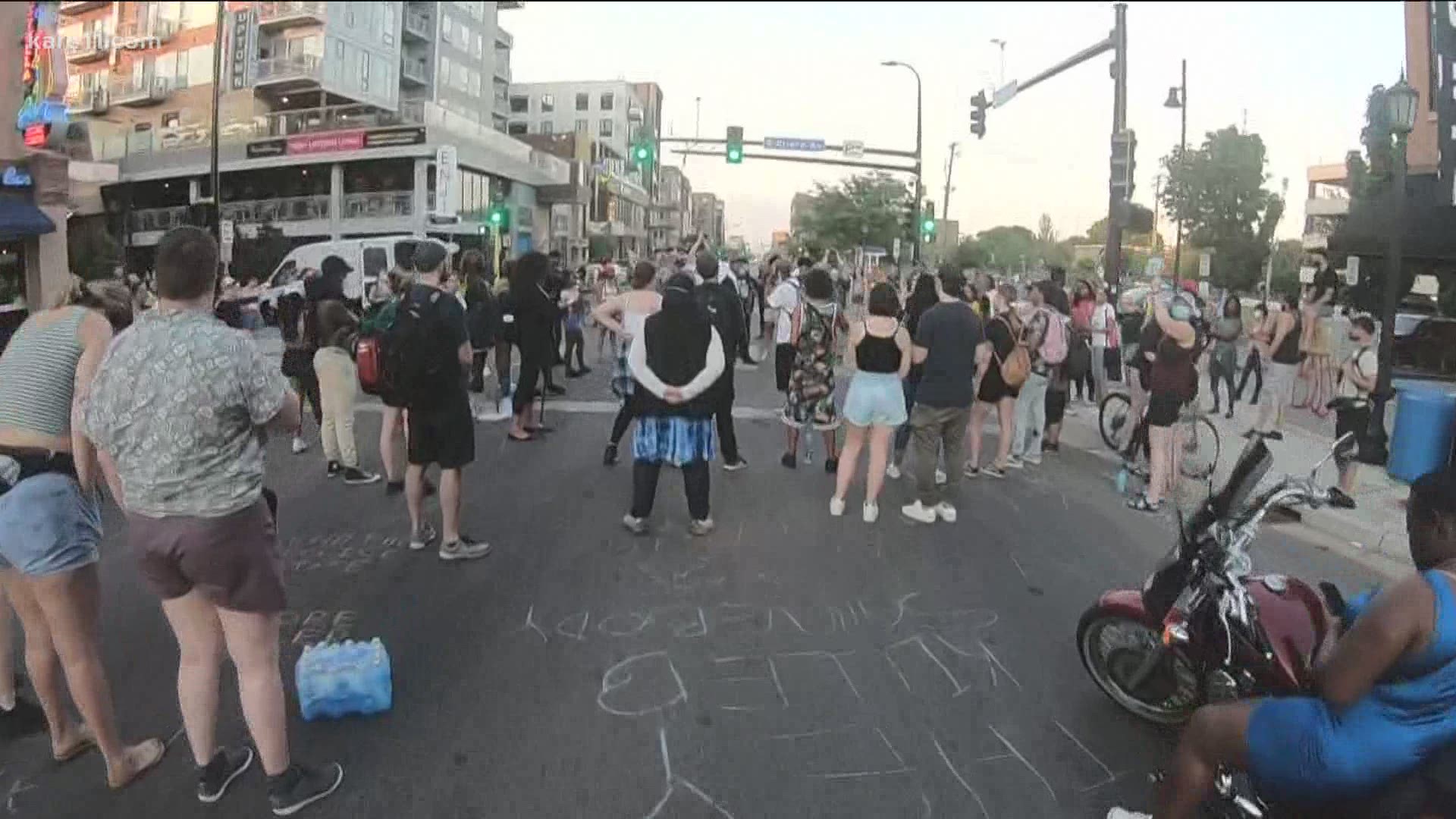 MINNEAPOLIS — For the third night in a row, demonstrators are in the Minneapolis neighborhood of Uptown, demanding transparency in the death of Winston Smith.

On Thursday, deputies shot and killed Smith in a nearby parking ramp, according to officials.

The Minnesota Bureau of Criminal Apprehension is investigating the shooting, which happened in a parking ramp on Lake Street between Hennepin and Fremont Avenue.

RELATED: BCA: Man fired weapon before he was shot, killed by law enforcement in Uptown

The Minnesota Department of Public Safety released more information on the shooting Friday, saying members of the U.S. Marshals Fugitive Task Force were attempting to take Smith into custody. The news release sent out Friday said that evidence indicates Smith fired his weapon from inside the vehicle at some point before he was shot by two deputies, one from Hennepin County and one from Ramsey County.

Law enforcement officials said there was a warrant out for Smith's arrest on a felony firearms violation.

The Hennepin County Medical Examiner released a report Saturday that said Smith’s manner of death was homicide from “multiple gunshot wounds.” While a homicide ruling by a medical examiner does indicate that a death was caused by another person, it is not a legal confirmation of criminal wrongdoing.