Brohmer beats cancer, back on the field for Lakeville South baseball

Lakeville South's Kal Brohmer has missed the last two seasons, but he finally took the field for the Cougars as a senior. 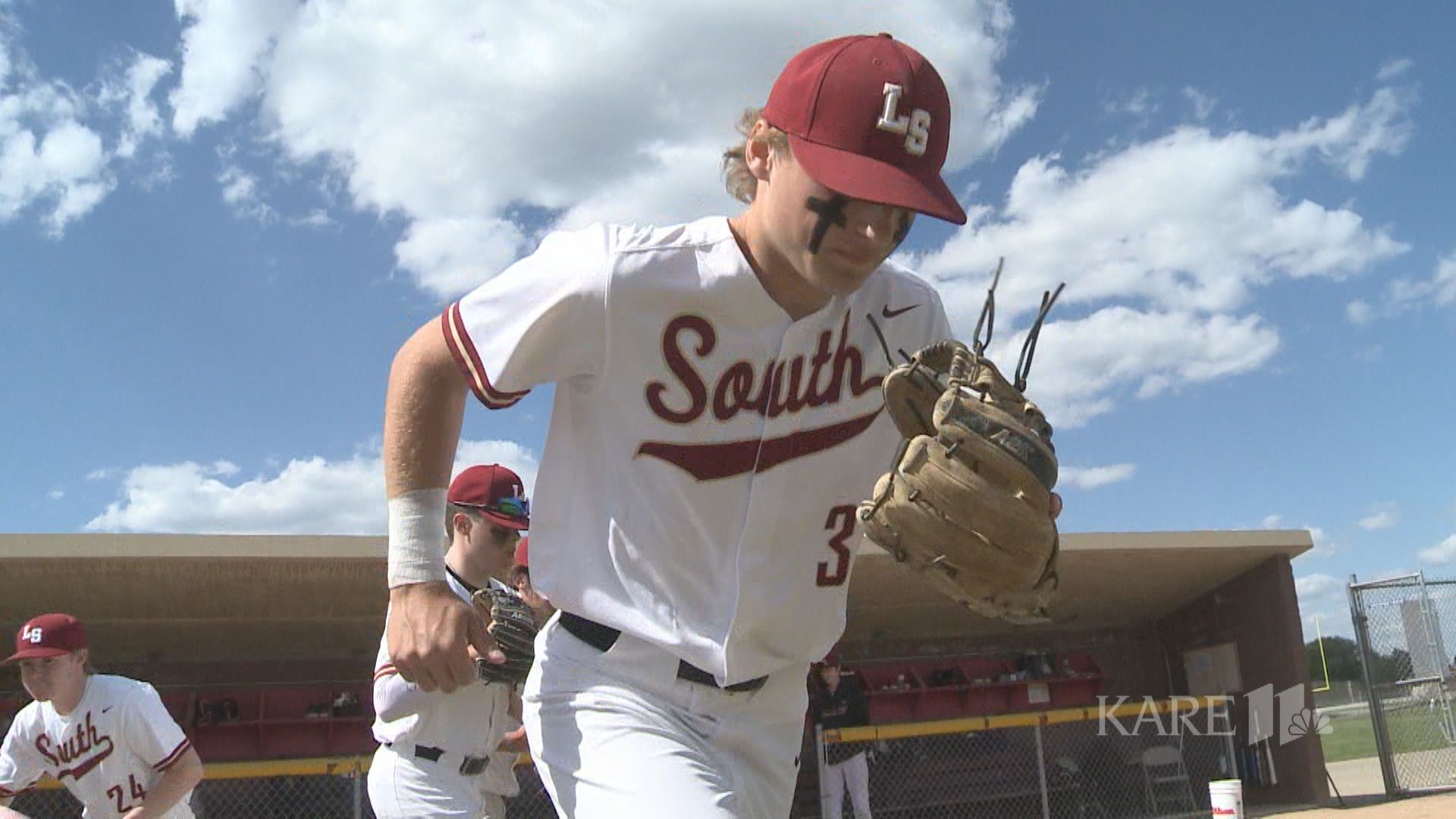 LAKEVILLE, Minn. — These seniors are soaking up their final season and Kal Brohmer appreciates this chance more than most.

"Being able to play this year means more than anything to me," the Lakeville South senior said.

Back in 2019, the shortstop for the Cougars was set to make the varsity roster. But after playing catch with his parents, Kal felt a painful lump on his neck. They went to the doctor, where he was then sent to the hospital. Within a week, he was diagnosed with Hodgkin's Lymphoma.

"Made varsity and was told I was going to be starting my sophomore year, so I was very ecstatic," Kal said. "Then that week that was probably the lowest I’ve ever been. Being told that you have stage four cancer is not something you joke about and was pretty scared, pretty scared."

Kal Brohmer missed his sophomore season after being diagnosed with non-Hodgkin's lymphoma. (He beat it btw 🙌) Then the pandemic canceled his junior year.

Now, the @LSCougsBaseball senior is FINALLY soaking up his chance to take the field. Story soon on @kare11 #kare11sports pic.twitter.com/FCnixh5WWM

Baseball games were replaced by chemotherapy and radiation treatments.

"He got really sick, his first treatment he was hospitalized," his mother Paula Brohmer said. "He lost a lot of weight. He had chemo, you know, it wasn’t pretty."

Kal persevered, and after he learned his cancer was in remission, he was ready to get back to baseball. But that's when life threw him another curveball, this time it was COVID-19 that cancelled his junior season on the diamond.

"I’m super proud of him. He never had a 'woe is me' moment," Paula said. "He just tried to get through it all, and hang with his friends and still play ball and be as normal as he could going through those experiences."

And once Kal stepped on the field as a senior, his journey still wasn't done. The senior will also complete another goal as he's set to play college baseball next season for Concordia-St. Paul

"That was huge. From sophomore to junior year, had a good fall and deciding to go to Concordia-St. Paul," Kal said. "It means a lot to me, huge bucket list right there."

Kal's experience — full of ups and downs — certainly is a lesson in making the most of every moment.

RELATED: Marshall Made: Trey Lance in the NFL Draft