'We are united': Community leaders call for end to gun violence after fatal shooting of mother

"We don’t have more women, children or even men to give to anyone when it comes to a coffin or a grave." 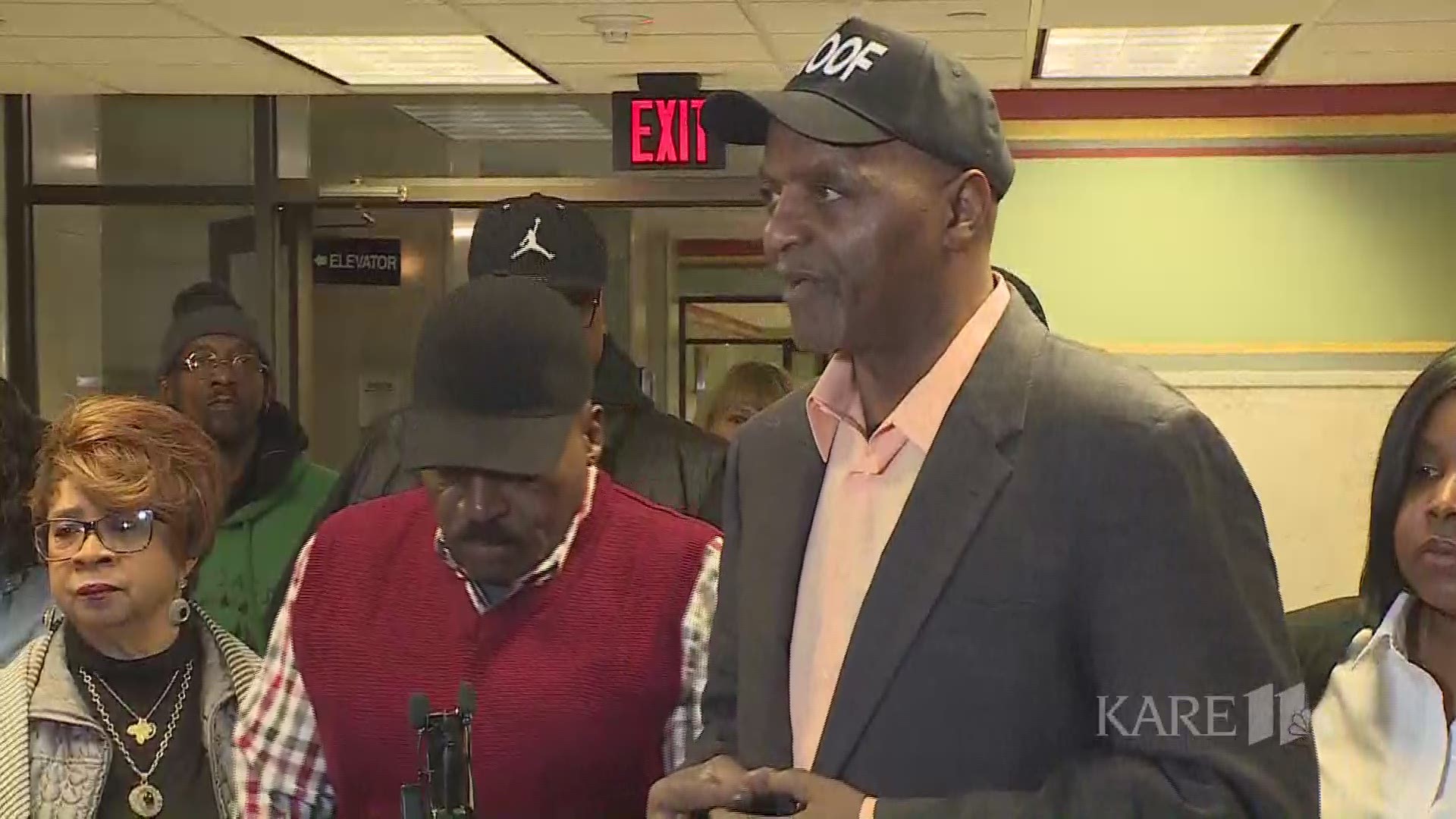 MINNEAPOLIS — Community leaders who make up the "Safe Streets Coalition" are calling for action after the death of a 28-year-old Minneapolis mother on New Year's Eve.

Leaders from several different community organizations spoke at a news conference Friday, calling for answers in the death of Monique Baugh and for an end to gun violence in the African American community.

"It is an outrage, and what happened to Monique was heinous and it cannot go unaddressed," said Alicia Smith, executive director of the Corcoran Neighborhood Organization.

Baugh, a realtor and mother of two, was found fatally shot in a north Minneapolis alley on New Year's Eve. After the news conference, Friday afternoon, Minneapolis Police announced they have arrested a suspect.

"We’ve had enough as a people," Smith said. "African American people, we are tired, we are done being terrorized by others. We are now united and we stand here before you to ... discourage anymore violence happening in our communities."

Thomas Berry of the Black Civic Network addressed Minneapolis Mayor Jacob Frey, who was present, and Governor Tim Walz, to challenge them to step up.

"You guys have to get out of the comfort range of talking to black folks who look like you or talk like you, and talk to some of these people that’s behind you here," he said. "Because these are the people who are dealing with the people who are victims of these crimes on a daily basis."

Berry challenged those politicians to trust the community.

"We can’t keep going though these cycles," he said. "We don’t have more women, children or even men to give to anyone when it comes to a coffin or a grave."

Steven Belton, president of the Twin Cities Urban League, addressed what he called an "us versus them" mentality in the wider community response.

"Imagine what happened to Monique happened to an Edina housewife, a white woman," he said. "Imagine the ripple effects in that community. Imagine the speeches we would hear immediately, the outrage we'd be hearing from corporate boardrooms, from philanthropy, imagine the faith community, the resources that they would put into this."

Belton called out politicians as well, saying, "Why aren't they as outraged about this as we are? Because they're not taking it personally."

Mayor Jacob Frey stepped up to the microphone to speak near the end of the news conference, expressing his support.

"We don't have just random people, we don't have random deaths in Minneapolis," he said. "This was somebody's mother. This was a businesswoman. This was a community leader."

Frey said he has been working "nonstop" with Minneapolis Police Chief Medaria Arradondo to make sure that the perpetrators are brought to justice.

Alicia Smith ended her time at the microphone with a statement of unity.

"What you see here is everyone," she said. "We are united, there is no division. We are sick and tired of seeing our people lying dead in the street like animals."