After a KARE 11 story last month revealing that thousands had been denied help, Gov. Tim Walz proposed a new round of grants for child care providers who stayed open 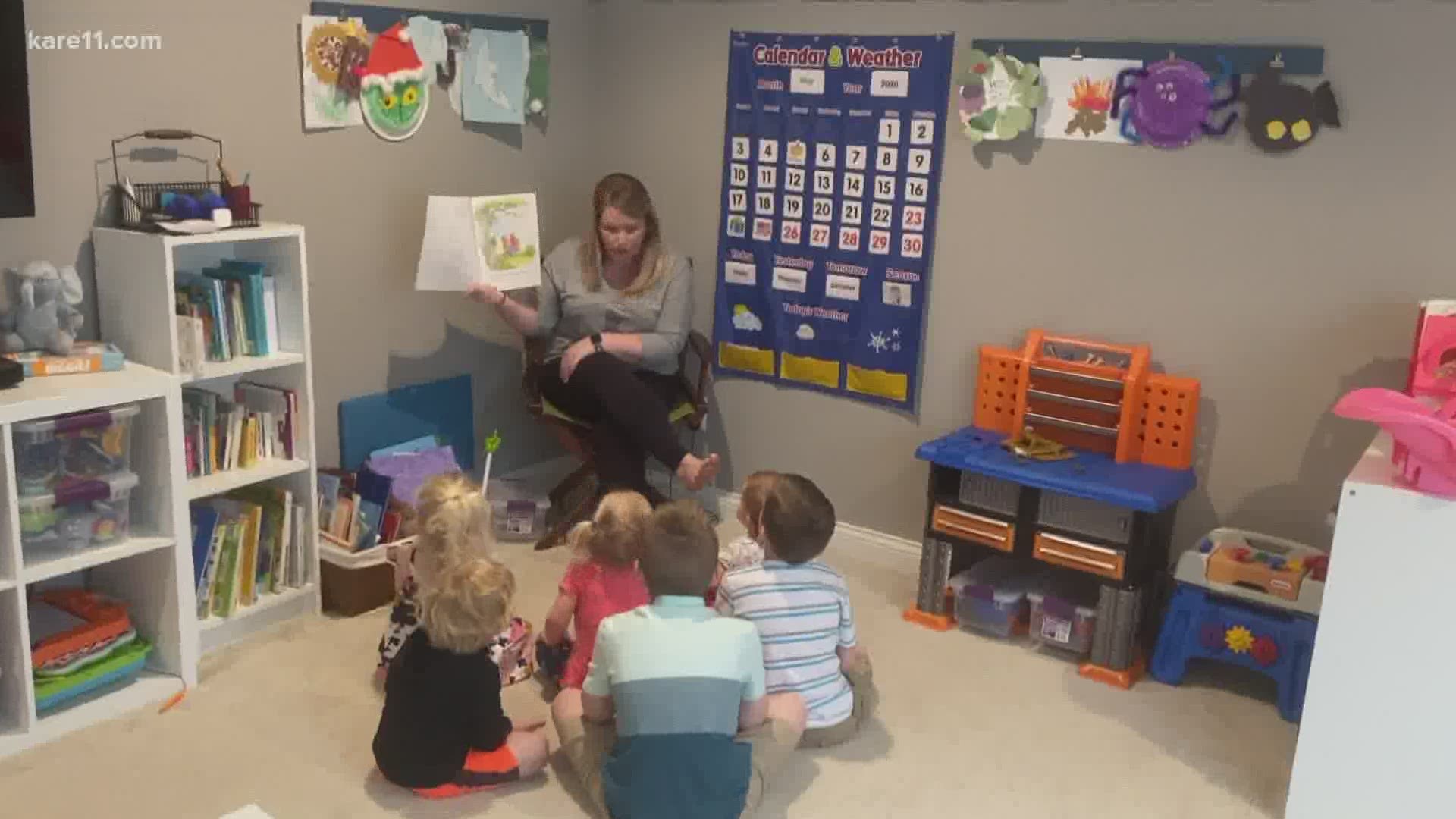 Gov. Tim Walz on Tuesday announced a proposed $56 million in pandemic relief for Minnesota’s child care providers following an outcry from daycares who were left out of the first rounds of funding.

Walz had asked child care providers to stay open during the onset of the pandemic to care for essential workers’ children, and in return promised financial support. But as KARE 11 reported last month, thousands of providers were denied grant funding, including those who provided care for children of essential workers – also called Tier 1 children.

Meanwhile, $460,000 had been given to 45 providers who did not care for Tier 1 children, while some daycares were given money despite not being open, KARE 11 found.

The money was being awarded based on a scoring system that was supposed to look at financial need. But hundreds with high scores and in danger of closing without help were still left out, despite two rounds of funding.

“It makes my blood boil,” Julie Seydel, the public policy director for the Minnesota Association of Child Care Professionals, said at the time.

Walz’s announcement on Tuesday appeared to be an attempt to rectify those problems.

“‘I am grateful across the state to the providers who have provided for our little ones,” Walz said during a press conference. “They stayed open to keep our hospitals open and they did it at a risk to themselves both health-wise and to their bottom lines.”

The $56 million will be in addition to a third round of funding that went out on June 19 of up to $20 million. Though the agency that has administered the money, the Department of Human Services, declined to provide information on who got the grants, many providers said they finally received help in that third round.

That included Anna Brynteson, who runs a family daycare in Savage. She scored highly on the first two rounds of applications but was still denied, until finally being awarded on her third try.

“It’s a huge help even in moving forward, not knowing where the (pandemic) will take us in the fall,” she said. “I do really believe the light KARE 11 was able to shine on this helped.”

The governor’s proposal still needs approval by the Legislative Advisory Committee, which is made up of legislators and has the authority to spend grant dollars.

Kayla Braun, a child care provider who moderates a Minnesota daycare Facebook group, said those members are optimistic the new round of funding will help.

But until it passes, “I don’t think people are going to get too excited about it.”

Family providers can receive up to $1,200 a month and child care centers can get up to $8,500. To be eligible, providers need to have been open and caring for children as of June 15 and be able to show increased costs or decreased revenue due to the pandemic.