What role does a restaurant play right now? 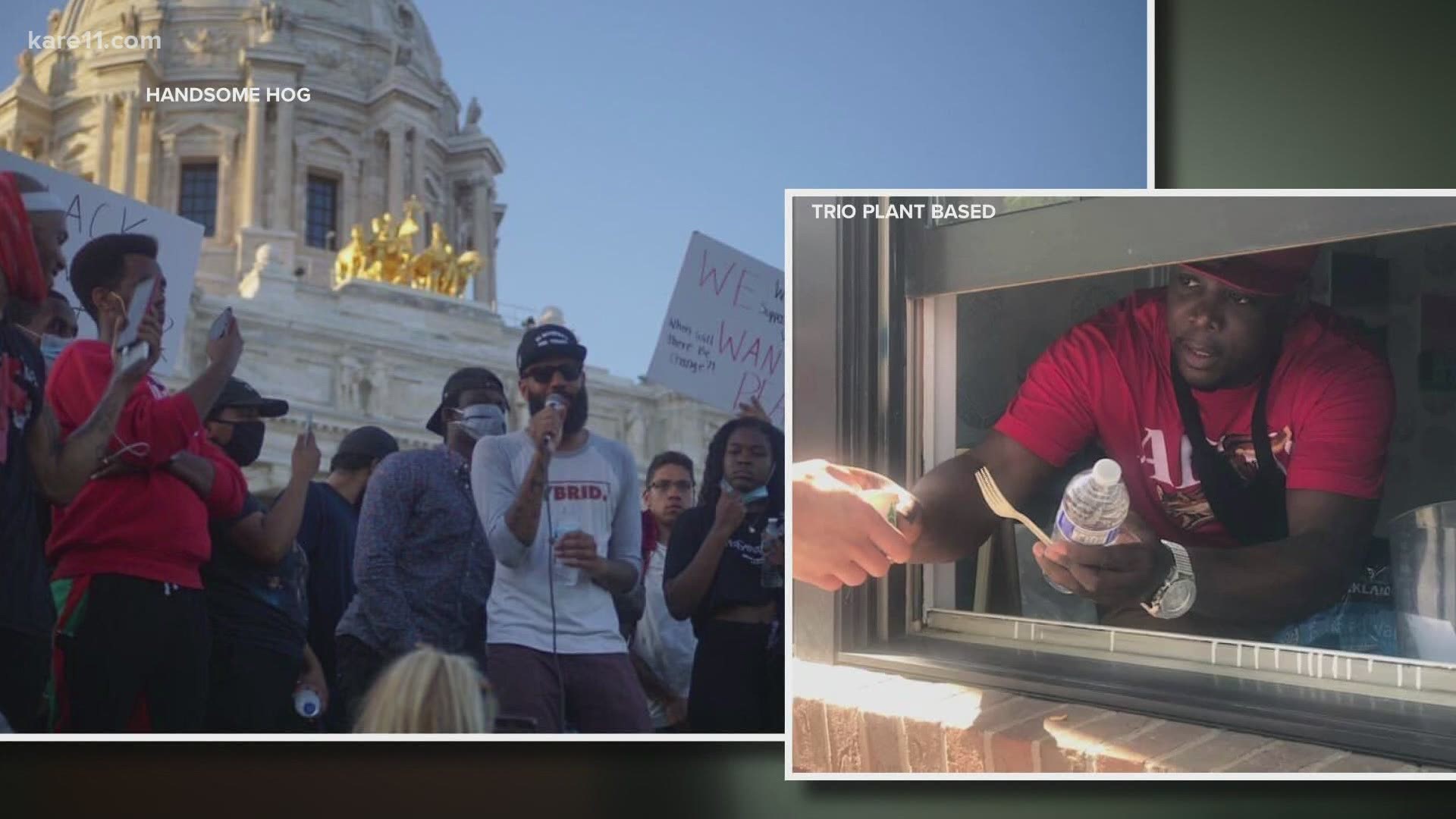 MINNEAPOLIS — The Handsome Hog in St. Paul and Trio Plant Based in Minneapolis have one thing in common. They were closed for the past few days, doing what they could to help protesters who marched for justice for George Floyd.

"Be out there and be seen and be heard," Justin Sutherland said. Sutherland is the chef and owner of Handsome Hog. "Day one, when it happened, we partnered with the House of Gristle, feeding protesters, Hope Breakfast Bar, brought the food truck out and were helping feed the clean-up crews the next day."

"When it comes to Floyd, it hit harder than the pandemic," chef and owner of Trio Louis Hunter said. "Due to the fact -- I was closed way more days. Not saying financially, just emotionally."

As Sutherland gears up to move the Handsome Hog to the Cathedral Hill neighborhood, he said something that was shared on social media. That he would sacrifice his restaurants to stop the systemic racism and injustice.

"Figuratively and literally," Sutherland said. "I'm speaking to the system that needs to be burned down. It's not working. Far too long, we've seen this story play out for years and years in this state and in our country. And I think people have just had enough."

RELATED: Some businesses reopen after days of unrest in city

Hunter said Trio, too, is trying to find a way to proceed while honoring its role in the community.

"What I'm serving is healthy food and it's good, plant-based food," Hunter said. "What way to nurture bodies and my fellow city as far as bringing back some food? It's hard."

So what role does a restaurant play right now? Each chef is figuring it out and proceeding in his own way. Hunter said he's focused on fixing inequality and inaccessibility by focusing on bringing healthier food for everyone.

"I say diabetes, high blood pressure, we can go on and on and on," he said. "With that being said, why not continue and try to fix the problem a little bit? And eat and practice a plant-based diet?"

Sutherland said he's looking forward to providing a space that embraces everyone, and one that allows him to seize on the opportunity of this hope for change.

"Only together, only as a state and as a community coming together, having each other's back and helping rebuild," Sutherland said. "I don't think back to normal is what we want, because normal wasn't working. The restaurant industry and in our society. I don't think it's normal, we need a new normal. What the answer to that is I don't know -- but I see it unfolding in our communities right now."