The future of current MPD Chief Medaria Arradondo has become a wedge issue as both sides spin the Minneapolis public safety measure. 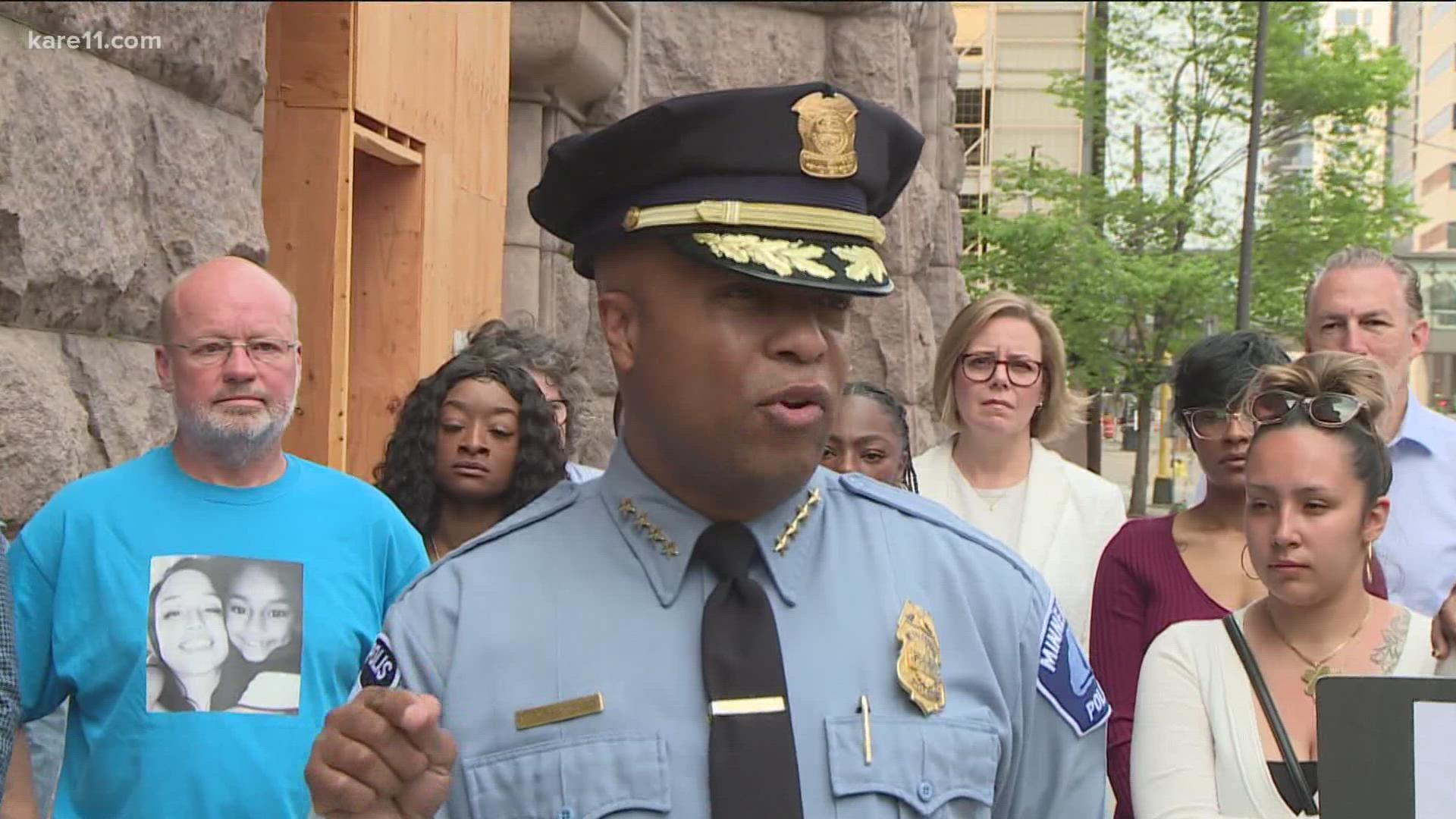 MINNEAPOLIS — Fourteen months ago, nine Minneapolis city council members stood on a stage at Powderhorn Park and pledged to defund and dismantle the Minneapolis Police Department.

Now that movement has spurred a question that will be on the ballot in November. Minneapolis voters will decide the future of policing in the city.

But since the question doesn't actually say "defund" or "dismantle," what happens if "vote yes" wins?

A few things would happen immediately if the measure passes and a few others would be up to the city council to decide after November.

The Minneapolis Police Department would be crossed out in the city charter and replaced with a "Department of Public Safety."

That department would be led by a commissioner, nominated by the mayor and appointed by the city council.

The city council would have much more control over the department than it currently does over MPD, such as being able to change police policies. Right now that can only be done by the mayor and police chief.

The ballot question specifies that the Department of Public Safety "could include licensed peace officers (police officers) if necessary." State law still would require "police" to respond to certain calls.

The city council would also have control over how many officers to staff, because the current minimum officer requirement in the charter would be eliminated.

Chief Medaria Arradondo is already surfacing as a wedge issue among voters. The Black, Minneapolis born and bred leader of MPD might be more popular among residents than MPD as a whole.

Opponents of the amendment are placing ads claiming the city council wants to replace him. "Vote Yes" supporters are jumping in and claiming Chief Arrandondo's job would stay the same.

The truth is, if the city keeps a position of "chief," it would be no longer be the top job. To stay in charge, he would need the mayor to nominate him as "Commissioner of Public Safety" and hope the city council would appoint him.