Zhan is 5-1 so far this season with wins over Benilde-St. Margaret's, Breck and others. 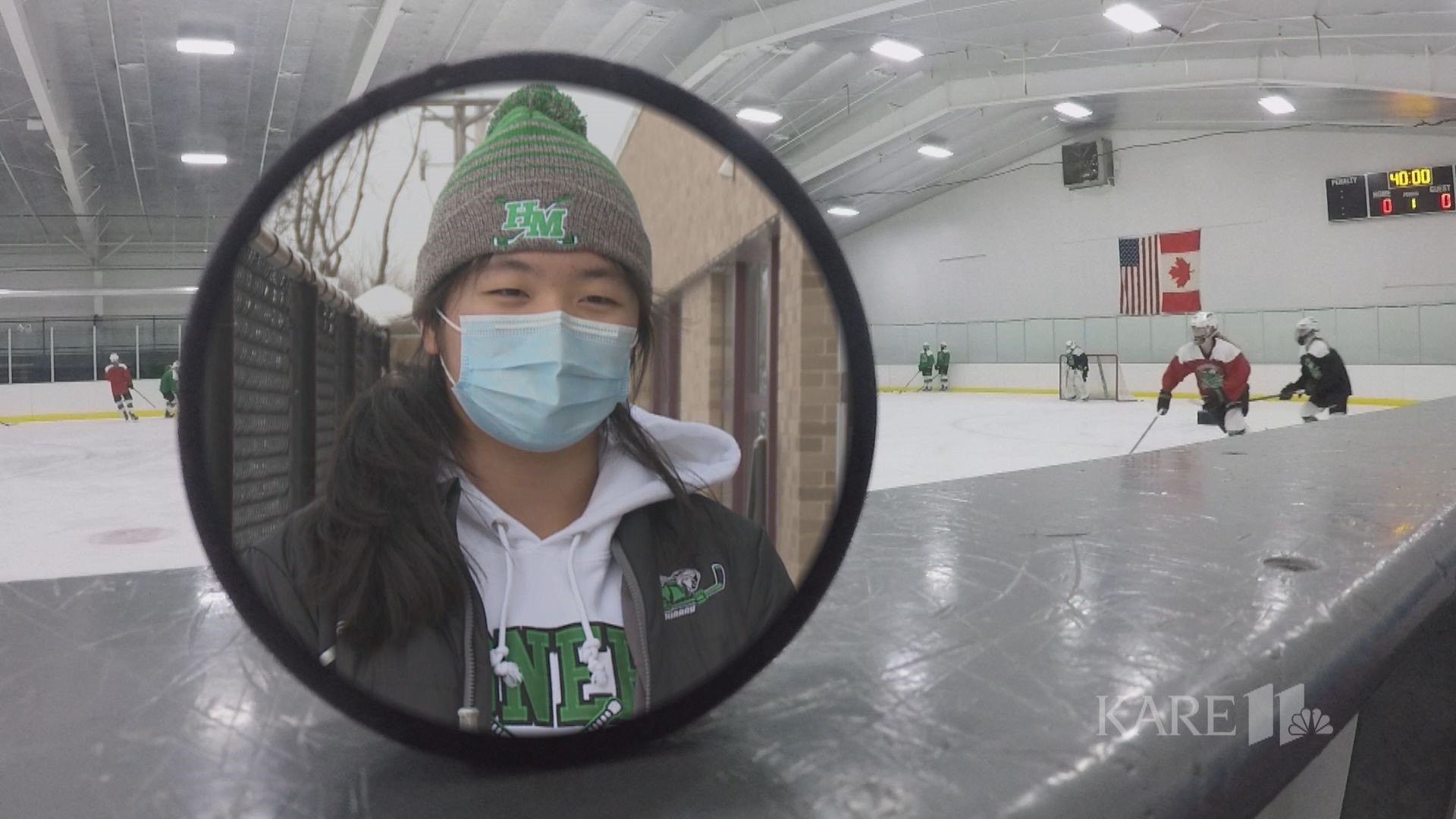 Since joining the Hill-Murray girls hockey program, Grace Zhan has made fast friends.

She's not your typical freshman or goalie. Zhan is from Beijing, China. This opportunity came about in 2019 when the freshman traveled to Minnesota for a hockey camp. After impressing coaches, Zhan and her mother moved to "The State of Hockey." (Her father is still in China.)

She's not your typical freshman or goalie...

Freshman Grace Zhan is from Beijing, China and now starts for @HillMurray1 girls hockey. She's 5-1 so far this year with a 1.0 GAA.

It's a new experience for the international student-athlete but Zhan already looks right at home in goal for the Pioneers.

Zhan is 5-1 so far this season with wins over Benilde-St. Margaret's, Breck and others. She's allowed just six goals in six games played for a 1.0 goals against average.

In the future, the freshman said she hopes to earn a Division I college scholarship and also possibly compete for a spot on the Chinese national team.