We're continuing our series this winter, with outdoor activities in the Three Rivers Park District. 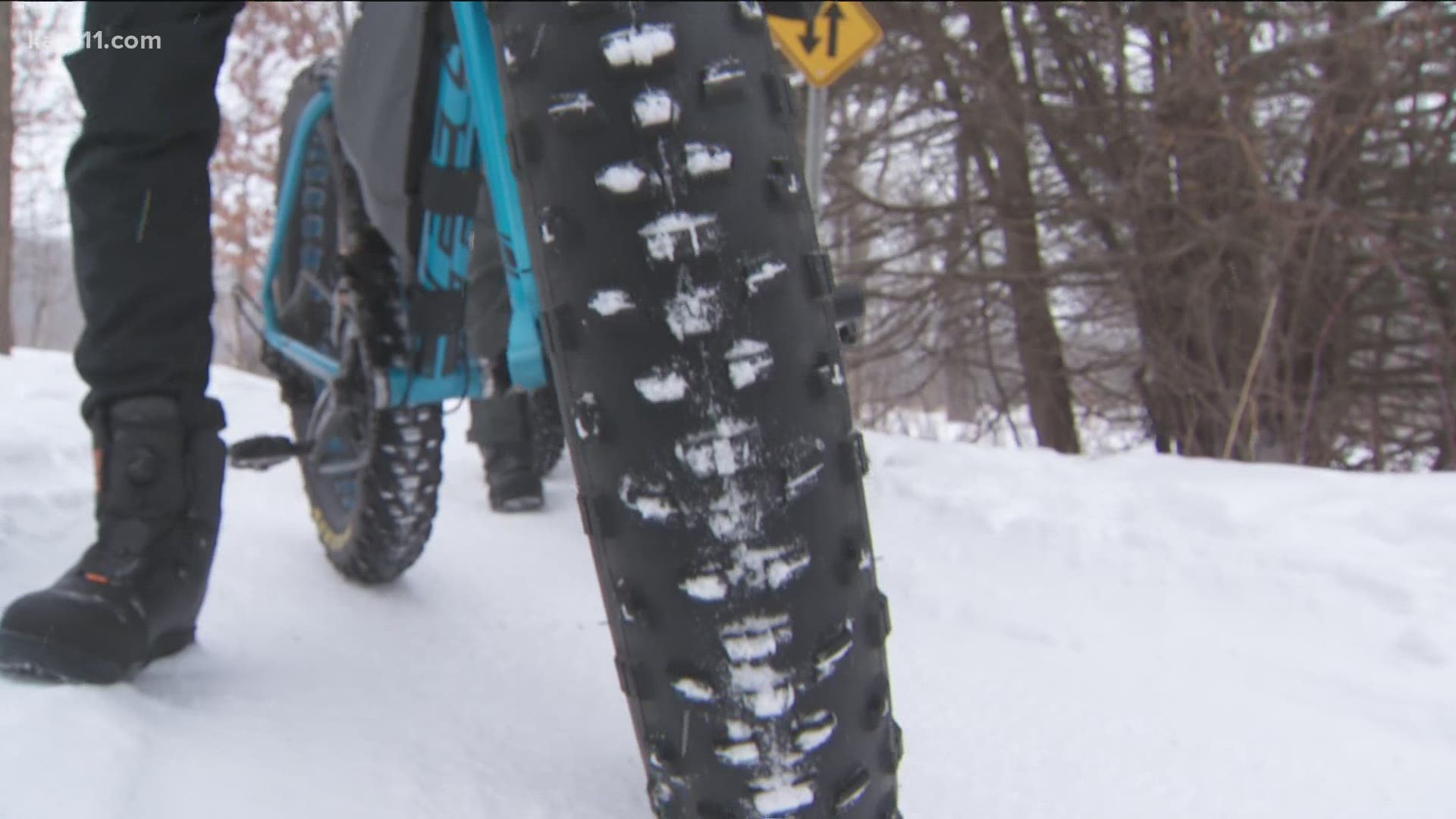 GOLDEN VALLEY, Minnesota — In this week's winter edition of "Hitting The Trails," we take a spin - fat biking around the Monarch Singletrack Trail at Carver Park Reserve in Waconia.

"We have 10 miles of single track that is groomed a couple of times a week," said Associate Superintendent for Three Rivers Park District, Luke Skinner.

He added that it's easier to ride in packed snow and when it's colder outside.

"To me the first time that I got on a fat bike it was like I was a 10-year-old again, it was just so much fun to ride," said Sean Mulheron.

Before taking a spin, make sure to dress in layers and always check your tire pressure.

"The tires are like those for an ATV, they are wider tires. Lower pressure is better, between four and six pounds. It's really light but will give plenty of traction," said Bob Heinzen.

Happy trails are just a short drive away!