The new-and-improved Hobbs Field provides a boost to the community, during a time of great challenges. 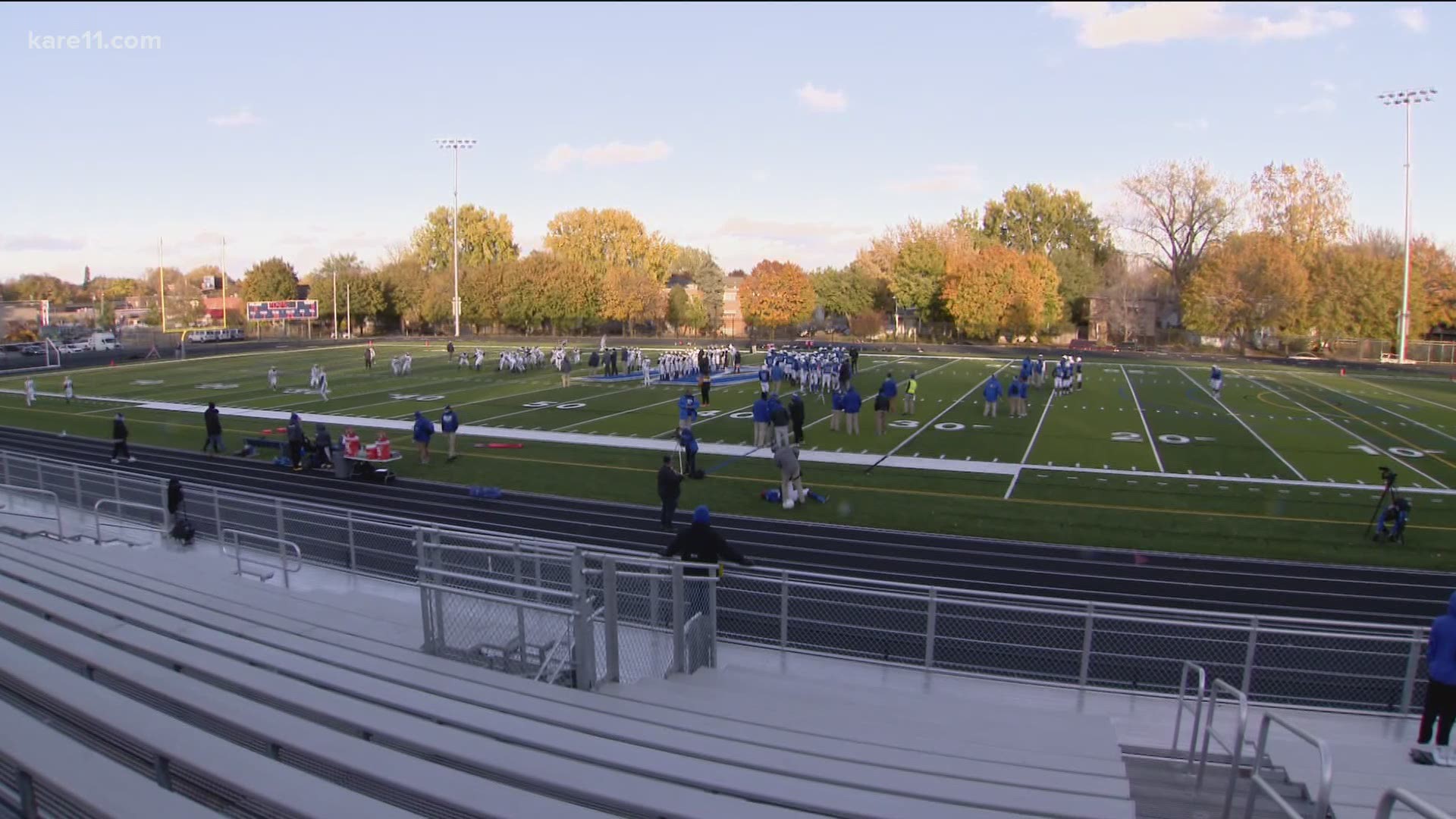 It was a glorious sight.

After major renovations by Minneapolis Public Schools, the facility now boasts nearly 800 new bleacher seats, new turf, and – the big one – new lights. No longer will the Polars, a Class 2A football powerhouse, settle for afternoon home games.

“I’m going to remember this, probably, for the rest of my life,” Thomas said. “This moment right here.”

“For you seniors, this is going to be your last, first game ever on this field,” Adams told his players. “So, make the best of it.”

The North High School Polars are making history tonight! It's their first game under the new lights and turf at renovated Hobbs Field. @kare11 pic.twitter.com/diIVxBGdIe

For Adams, a respected mentor and former school resource officer, the improvements at Hobbs Field represent a new era for the neighborhood – coming at a time of great distress, due to COVID-19, the killing of George Floyd, subsequent unrest and a significant increase in violent crime across the city.

“Fall football is important. It gives the kids in North Minneapolis a chance to be together, instead of being at home, and it keeps them out of trouble. It’s important for us to have a consistent relationship with them,” Adams said. “With the pandemic and the violence in the community it’s a way for them to… get away. It’s a good thing. A great thing, to be with their teammates and brothers.”

The only thing missing Friday night: the fans. The stadium gates remained closed to the general public because of COVID-19, leaving only a smattering of media representatives and faculty members spread out across the new bleachers.

Mauri Friestleben, the principal of North High, was among the lucky few in attendance as the Polars rolled Providence Academy by the score of 40-10. Now in her second year at the high school level after a successful run at Lucy Laney Elementary, Friestleben acknowledged the ongoing challenges of 2020 and said many of her students have reached out for help during the first few weeks of the semester.

That, she said, is why this new stadium means so much to North.

Before the game, Friestleben joined a Facebook Live stream to commemorate the lights turning on at Hobbs Field for the very first time.

“And we all just screamed,” she said. “We literally have something of light, not figuratively, but literally.”

Even with COVID-19 restricting entry, the new lights brought several dozen alumni, students and other fans to the chain-link fence surrounding Hobbs Field, as they all clamored for a chance to see the historic first game at the renovated field.

Thidathip Crockett, a North High School senior, stood in sub-40 degree temperatures for a few hours as she observed the game from the adjacent parking lot.

“I do wish I was on the field with them, and able to be in the stands. But anything I can do to support, I’ll do,” Crockett said. “The lights are brighter than ever, and the gigantic ‘N’ in the middle of the field just makes me feel a great sense of pride.”