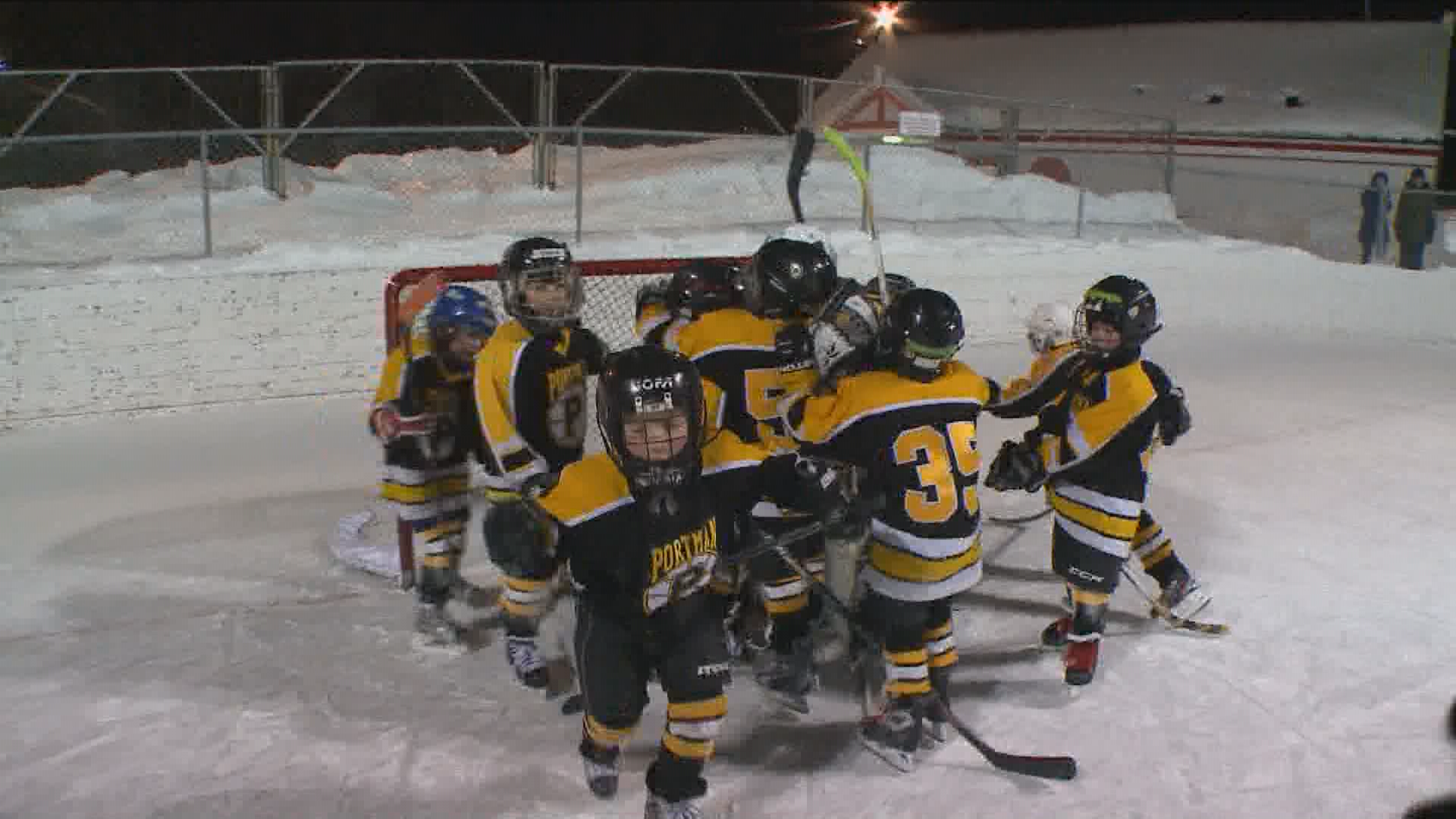 Generations of parents have been telling their children to go outside and play.  In the state of hockey, there's still a place where they mean it.

In an era of kids walking from heated SUV seats to climate controlled arenas, Duluth is home to one of North America’s last all-outdoor youth hockey leagues.

“Kids love it, but this is all they know, they don't know indoor hockey,” says Dean Cooke, a coach in the league.

Asked by a reporter if they’d prefer to play indoors or out, a spirited group of Squirts answers in unison: “Outside!”

The Glen Avon rink on Duluth’s eastside is postcard classic.  Painted in candy cane red and white, the rink dates back dates back to 1947. “Phil Verchoda was on the 80 Olympic team,” says Gary Nelson, as he points to a series of photographs on the warming house wall of former Olympians and NHL players, Sean Hill among them.

Glen Avon parents also own the Zamboni, which means they also get to take turns driving it.

“Yeah I know, I love it,” grins Jeremy Jeanette has he guides the hulking ice groomer between the boards on Glen Avon’s two sheets of hockey ice.

Jeremy is among the parents who played at Glen Avon as a boy. “When my dad was up here, they would brush all this off with brushes and shovels and they kind of look at us as soft, you know, having a zamboni.”

The city does pay for the water, which the parents put down in shifts - every night, nine until midnight.

“The thing I love about it is just the community,” says Ray Peterson, as he mans the hose on a sub-zero night.  “You meet a lot of great people.”

He also loves what Glen Avon represents financially.  “I mean, it's an expensive sport some places.  Not here.”

With free ice outdoors and their parents doing the work, 3-year-old and 4-year-old hockey players pay no fee at all.  From ages 5 through 11, fees total less than $300. On indoor ice, parents of youth hockey players can easily pay four times that.

But Glen Avon parents say the money is only part of the appeal. “I wouldn't trade this for the world,” says Mike St. John as he stands along the boards cheering on his son.  “It’s like a true hockey experience and it makes it nice.”

Gary Nelson is among the parents who wouldn’t trade the outdoor ice for an arena, even if money were not a factor.  “People in the Cities might disagree with us, and say hockey’s hockey no matter where you play it, but I think it’s a pretty special place.  I wouldn’t want my kids to play anywhere else.”

As she dispenses pizza and Gatorade in the snack bar, parent Allison Iacone says Glen Avon is a gift parents give to their kids. “They're going to feel like they're Glen Avon kids forever.”

A Winter Classic, is what the NHL calls it when it takes the game of hockey outdoors.

Kids in Duluth have a name for it too: it’s just what we do.